An island used for developing Second World War biological warfare agents has been razed by an ‘apocalyptic’ wildfire.

Gruinard Island, off the west coast cross the Minch from South Lochs, and not far from Ullapool, has been known as ‘Anthrax Island’ since government scientists used it as a test site for biological weapons charged with anthrax spores in the 1940s.

Although the uninhabited island was declared anthrax-free after intensive cleansing – using fire, formaldehyde and seawater – in 1990, the spectre of anthrax spores has been raised again as the whole island burns

Yesterday (Saturday 26 March) residents of nearby Aultbea took pictures showing the heather ablaze through the night, reporting that flames were ringing the whole island.

One onlooker believed the fire might have been started by kayakers visiting the island and lighting a fire on the shore near tinder-dry heather and grass.

The fire was described as ‘tragic for wildlife’ with ‘nothing to gain from muir-burning’.

Scottish Fire and Rescue (SFRS) have not been involved in the incident as there is no property or livestock on the island.

On Friday SFRS issued a wildfire warning extending to Wednesday 30 March, after a series of wildfires across Scotland, including a large fire on Ben Lomond which took two days to extinguish.

The weather pattern over the weekend and early part of the week, with variable winds and temperatures peaking at 17°C, increases the risk.

SFRS Group Commander, Niall MacLennan said: "Numerous wildfires across Scotland this week, including large fires on Ben Lomond and near Mallaig have shown how real the danger of fire is in the countryside and how damaging it can be to the environment, wildlife and nearby communities.

“With further dry conditions into next week, wildfires could burn and spread with very high intensity in high-risk areas. We are asking people to act responsibly when enjoying the outdoors and please think twice before using anything involving a naked flame." 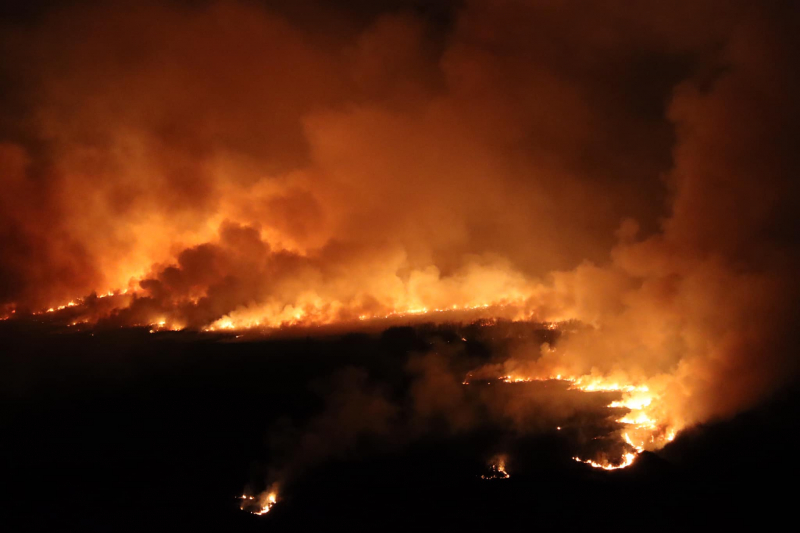