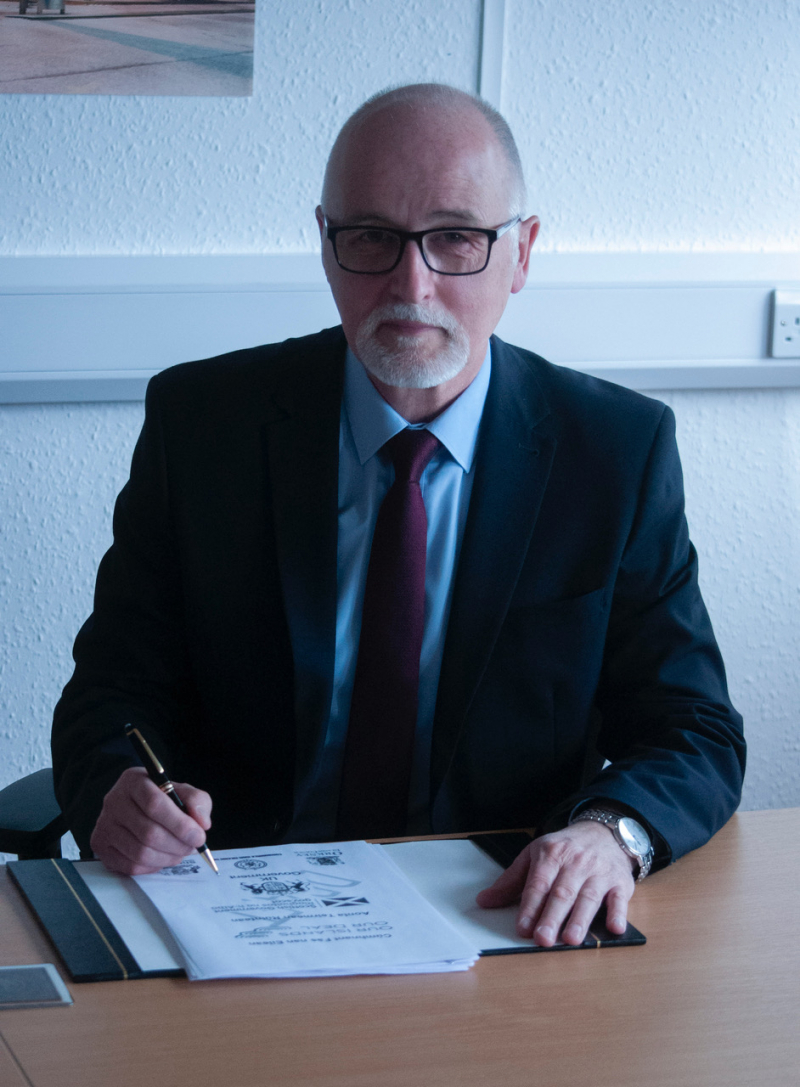 Comhairle nan Eilean Siar is seeking to strengthen its links with the UK Government, welcoming the establishment of an Island Forum as part of the Conservative 'Levelling-Up' campaign.

Comhairle Leader, Councillor Roddie Mackay, has written to Secretary of State for Levelling up, Housing and Communities, Michael Gove, welcoming the establishment of an Islands Forum to help level-up island communities.

This follows Mr Gove’s visit to the Western Isles last summer for discussion with the Comhairle Leader on connectivity and levelling up.

In his letter, Mr Mackay states: “I write to warmly welcome the announcement that the UK Government is to establish an Islands Forum to help level-up island communities.

"This is a welcome initiative that I hope will allow island communities to closely collaborate with the UK Government and with islands across the United Kingdom to tackle challenges and deliver new investment opportunities.

“Comhairle nan Eilean Siar as the Local Authority responsible for an archipelago of islands with the largest island population base in the United Kingdom has much experience and knowledge of the very particular issues, challenges and opportunities that face island communities.

"I therefore believe that the Comhairle will have much to offer the new Forum and I look forward to participating in and making a positive contribution to the work of the Forum when it is established.

Mr Mackay concluded: “The Comhairle would also be happy to host the inaugural meeting of the Forum if that was thought appropriate.  I think Forum representatives would appreciate the opportunity to meet within an island context.

"My officials would be happy to work with the UK Government to facilitate a first-class initial Forum meeting.”

In contrast, and unsurprisingly, Angus MacNeil, MP for Na h-Eileanan an Iar has reacted with caution and scepticism to the announcement of the UK Government’s long-promised plans for a Levelling Up Strategy which they state will bridge the gap on services in different parts of the UK.

Mr MacNeil says if there is any new funding in the Levelling Up strategy announced by Levelling Up Secretary Michael Gove today, it is to be welcomed.

However, he expressed strong doubts that funding would match EU funding sources lost through Brexit and Scotland would likely be left out of pocket on that count alone.

The Scottish Government and Opposition parties at Westminster have expressed disappointment that the plans do not include any new money or fresh thinking. Many MPs are suggesting that the launch of the strategy is an attempt by the Prime Minister to detract attention from the weeks of pressure regarding parties at Downing Street during lockdown restrictions.

Angus MacNeil said: “If the UK Government are serious, then there should be a lot more money behind this.

“We need to engage on this and we have to make sure that the UK Government is not just putting out a glib press release to say they are doing something or play silly political games with the Scottish Government at the expense of the hopes in the North and West of Scotland.

"The North and West of Scotland were living in an ‘economic freezer’ as a result of decades of Bank of England financial policies which are made for the Southeast of England, making Scotland out to be geographically peripheral, which we are not as Ireland, Norway and Denmark prove.”

However, and again unsurisingly, Highlands and Islands MSP Donald Cameron has welcomed news that the UK Government is to target Scotland’s island communities as part of its “levelling-up” strategy.

The Scottish Conservative MSP said: “It is very encouraging that the UK Government has confirmed that it will deepen its direct engagement with our island communities.

“It’s all too apparent that the SNP Government is entirely preoccupied with the Central Belt which explains how it has come to neglect matters of major importance to us such as our ferry network, our road infrastructure, and broadband roll-out.

“We need a different, and more constructive approach with the UK Government and I look forward to playing my part in ensuring that the benefits of the levelling-up agenda are realised in our island communities.”