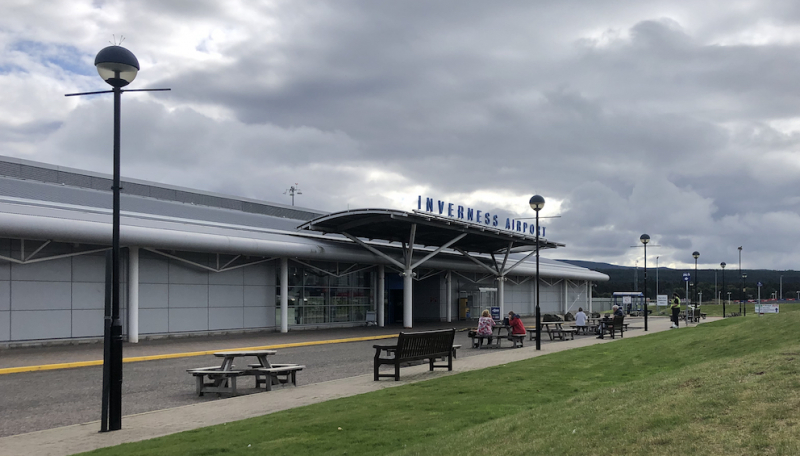 After months of disputes and ferocious exchanges involving trades unions and local communities, the Air Traffic Management Strategy of Highlands and Islands Airports Ltd has been heavily revised and no longer includes total centralisation.

The HIAL Board met on 24 January to discuss the future direction for iATMS. The Board was provided with a summary of the outputs from several working groups which took place with air traffic control colleagues and informed of proposals for alternative delivery options.

Following extensive discussion, the Board agreed the future strategic direction for the ATMS programme. This will comprise a centralised surveillance operation for Sumburgh, Kirkwall, Stornoway, Inverness, and Dundee airports, based at our existing approach radar facility on the Inverness Airport site.

Air traffic tower services will continue to be provided locally at each of these airports.

The decision will now allow the Prospect union to ballot its members on the acceptance of the revised proposal.

Given the positive feedback from Prospect on the working groups as part of this process, the Board agreed that a further working group should be established to discuss the future service delivery options for Benbecula and Wick John O’Groats airports.

The output of this group will be presented at a future meeting of the HIAL Board to inform the strategic direction for these airports which were part of entirely separate proposal for change of status.

Lorna Jack, HIAL’s Chair said: “We’ve listened to the feedback from our colleagues and island communities in reaching our decision.  This alternative delivery of the ATMS programme will provide enhanced safety and resilience to our operations and retain air traffic controllers on the islands.

“While this sets the future strategic direction for the programme, the Board recognises that further detailed work will be required with colleagues before a comprehensive business case can be presented to Transport Scotland.  This will include a review of our island impact assessment.”

Inglis Lyon, Managing Director of HIAL said: “We were pleased to note the encouraging feedback from Prospect on the constructive working relations that have been developed through the staff working groups.

“We look forward to continuing this positive approach with Prospect and our colleagues as we move into the next phase of detailed operational design.

“We hope the Board’s decision will enable the current industrial action to be brought to a conclusion and allow us to move forward together to deliver our fundamental aim – a modern, sustainable air traffic service for the Highlands and Islands.”

SNP MSP for Na h-Eileanan an Iar, Alasdair Allan, has welcome HIAL’s announcement this morning which confirms that air traffic tower services will continue to be provided at five local airports, including Stornoway.  Mr Allan said: “There have been a number of positive signs in recent months which indicated that campaigners’ hard work on this issue was finally beginning to pay off. I was very pleased to read HIAL’s confirmation this morning that these skilled jobs will remain in Stornoway.

“However, it is important to bear in mind that the decisions regarding Benbecula airport within the ATMS project have not yet been made, and so, work remains to be done.

“I would like to thank all of those who have fought tirelessly against HIAL’s plans to centralise island jobs, and I encourage HIAL to continue engaging constructively with their employees and with Prospect Union to come to a resolution for Benbecula airport which, above all, prioritises the needs of island communities.”

HIAL have committed to setting up a working group to discuss the future service delivery options for Benbecula and Wick John O’ Groats airports. HIAL’s ATMS programme indicates that the air traffic control service at these airports will be changed to a flight information service, which would align them with the system already in place at HIAL’s smallest airports.

Isles MP Angus MacNeil has reacted with relief to the HIAL decision which he said follows a five-year campaign by Prospect which he strongly supported.  Mr MacNeil said: “It is sensible of HIAL to do this as they were at risk of losing the ‘I’ for islands in Highlands and Islands Airport Ltd.  We must however keep a sharp eye on HIAL including the make-up of the board.

“As islanders we cannot have decisions made about us, too often by people with little or no island experience. The Faroese islanders, who economically per capita actually out-perform Scotland, show that islanders make the best decisions for islands."