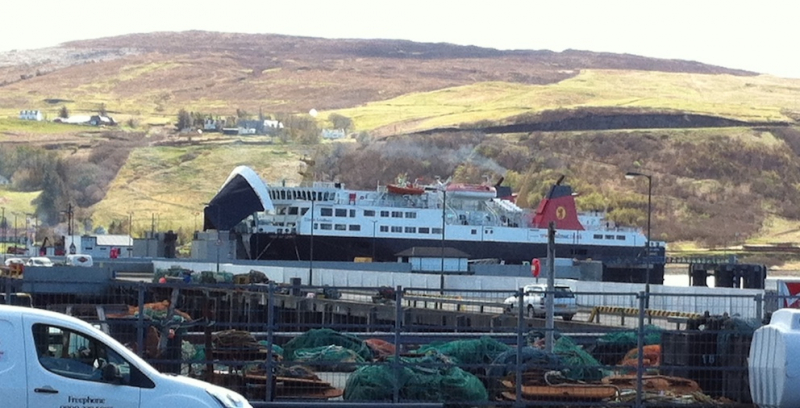 CalMac is to consult again shortly with local communities affected by the closure of Uig Pier for almost five months starting in September.

The ferry company held two community consultations in mid-December and promised then to return with revised proposals. They also plan to present revised summer 2022 proposals and an early view of their winter 2022/23 plans.

A spokesperson for CalMac said: "Dates, times and locations are yet to be confirmed for the next consultation sessions and we will confirm these as soon as possible."

Currently, CalMac is anticipating one daily return sailing from Lochmaddy to Ullapool from September using the MV Hebrides. In addition, two daily return sailings and one on Sundays are proposed for the Lord of the Isles between Lochboisdale and Mallaig.

The pier closure allows Highland Council to carry out upgrading works at Uig, scheduled for 21 weeks between September 12 to February 3, 2023. CalMac says the works have been timed to coincide with the lowest traffic levels. 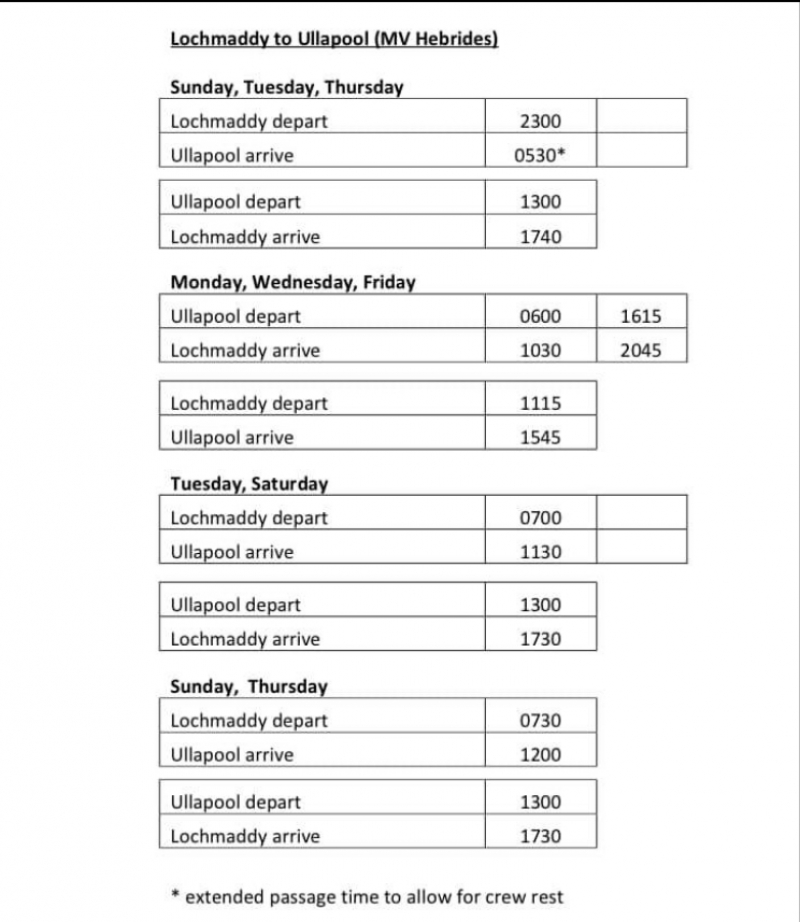 In his letter, Councillor Robertson pressed the head of the ferry company to make efforts to reduce the length of the closure.

He pointed out the same contractor, R J Macleod, had managed to replace the linkspan and lifting dolphins at Ullapool in four weeks by using a 35-metre caisson extension/roundhead. He proposed adopting the same approach for the Uig Pier upgrade and requested Mr Drummond’s support to arrange talks to reduce the closure period.

Councillor Robertson said in his letter: “On the proposal to provide a daily service to Lochmaddy using Ullapool as the mainland port operated by MV Hebrides, I can confirm that the vast majority of stakeholder opinion I have received is that the Ullapool is the best option during the closure of Uig for servicing Uist.

“The timetable that your team have come up with, however, is not considered to be fit for purpose and would have a major impact particularly on the logistics chain into Uist.”

Councillor Robertson submitted an alternative timetable for the Lochmaddy-Ullapool route, which he felt was a better fit for the passenger and freight requirements of Uist.

He added that the lack of service to Tarbert is “completely unacceptable” as the Stornoway route is one of the most congested in the ferry network.

Robbie Drummond has already told Harris Development Ltd that both timetabling and Uig contract operations are not his responsibility - being the remit of Transport Scotland and Highland Council.

Following the resignation of the former Transport Minister Graeme Day earlier this week, SNP MSP for Na h-Eileanan an Iar, Alasdair Allan, has written to Jenny Gilruth MSP to congratulate her on her new role and to extend an invitation for her to visit the islands as soon as she is able to do so.

Ms Gilruth was previously the Minister for Culture, Europe and International Development.

Alasdair Allan said: “I would firstly like to thank Graeme Dey for all his hard work during his time as Minister for Transport, particularly given the challenges and pressures on the transport sector as a whole due to the ongoing pandemic.

“I anticipate that Jenny Gilruth and I will be in regular correspondence in the weeks and months ahead regarding ferries in particular.

“I am looking forward to working with Ms Gilruth on the numerous transport challenges that face the Western Isles, and I have invited her to visit the constituency as soon as her schedule allows.”