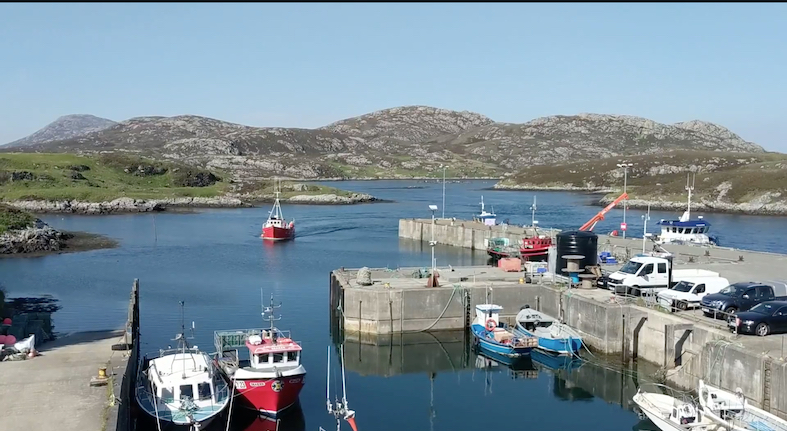 The proposal being mooted by local businessman Duncan Griffiths is to install two polytunnels at his Creed Yard Campsite at Kallin. An application for planning consent has been submitted to Comhairle nan Eilean Siar and is now pending consideration.

A 540 square metre plot in the southwest corner of the campsite, which had been previously earmarked for accommodation, is where the fledgling sea salt venture is planned.

Griffiths of Lochside, Hosta, purchased the Creed Yard Campsite from HIE in 2018. It had been established as an industrial estate in the 1980s, and Griffiths had planning permission for three roundhouses. However, a downturn in the business climate meant that only one roundhouse was built.

The site is now repurposed to produce two tonnes of crystalline sea salt per year using a natural evaporation process.

Two polytunnels are for manufacture, while the third is to be used for initial processing, sea salt storage, and an honesty shop.

The design statement to the Comhairle states: “The salt-making process is entirely a natural process. Seawater will be transported to the site filtered and emptied into ponds where it is left to crystalize.   The action of heat, wind and fresh air will evaporate water from the salty seawater.”

When the crystalline sea salt is formed, it is to be harvested by hand and transported to the mainland for online distribution.

The design statement says that the evaporation process should take about six weeks, depending on the weather conditions. Ambient temperature affects production, so it is anticipated that they will only produce salt from April to September.

“There will be no pollution of any kind produced in the salt evaporation process,” the document reassures CnES. “No waste will be produced.”

It is expected the sea salt venture will provide part-time employment for the applicant and one other person. Although there is to be an honesty shop on-site, most of the sea salt production will be sold online.