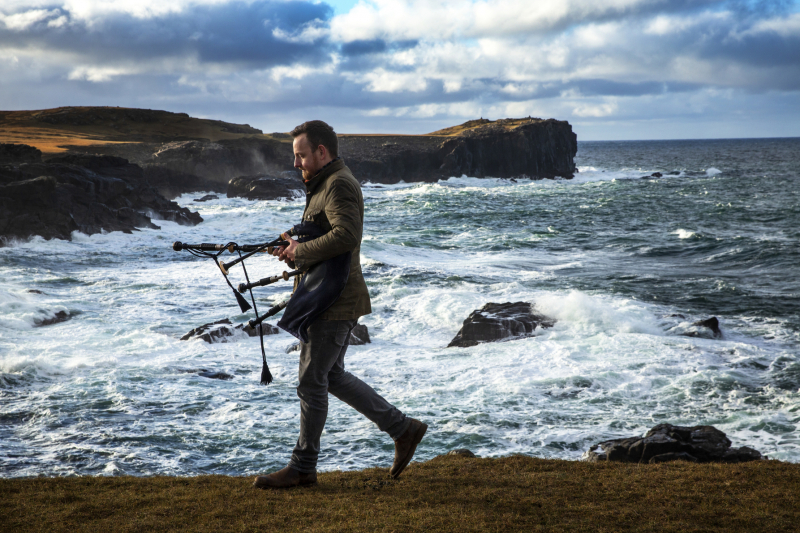 After launching his debut tune collection last month, piper James Duncan Mackenzie has launched today (Monday January 24) pre-orders for his third solo album, which consists of music composed and recorded from his home in Shawbost.

Fìbhig, from an old Norse name meaning of a bay and hamlet, features 19 tunes and one song, all composed and recorded by James from his home in Lewis.

James said: “Fìbhig was written and largely recorded from home over a two-year period like no other.  The tunes on the album are very much inspired by place, people and island life. Fìbhig is the name of a small village, of only two houses, at the end of road we live on in Shawbost on the west side of Lewis and is a beautifully rugged and wild place.

"It has been a bit of a journey working on this recording and learning more about the recording process along the way. I was very grateful to have some wonderful guest musicians and singers join me on the album who also recorded contributions from their homes.”

This album differs slightly from James’ previous albums as it features, for the first time, a Gaelic song; the melody written by James and words written by Gaelic singer and fellow piper from the Isle of Lewis, Calum Alex Macmillan.

The song, which was influenced by the idea and hope of being able to gather together for music and song once again, is sung by James’ wife and Gaelic singer, Katie Mackenzie and features some of Gaeldom’s finest Gaelic singers including four Royal National Mòd Gold medallists; Calum Alex Macmillan, Eilidh Cormack (Sian), Cristin Mackenzie, Fiona J Mackenzie, Seonaidh Macintyre (Trail West) and Innes White (Assynt, Sian).

James plays Highland pipes, wooden flutes, whistles and guitar on Fìbhig, which consists of 10 tracks, and is joined by some of folk music’s top musicians including fiddler Alasdair White, John Lowrie (piano and harmonium), Innes White (guitar), Luc Mcnally (guitar and bouzouki) and Allan Nairn (melodeon). All of the tunes featured on the album can be found in James’ tune book collection, The James Duncan Mackenzie Collection, which he released in December 2021. The book features 70 of his own compositions for pipes and other instruments, including tunes which have already become popular in both the pipe band and folk music scene.

From the village of Back on the Isle of Lewis, James started piping at the age of eight and was initially taught by Pipe Major Nick Gordon and the late Pipe Major Iain Murdo Morrison. He is a former member of the folk band Breabach with whom he released four studio albums and toured internationally with for over a decade playing Highland Pipes and wooden flutes. James is currently a member of Tryst, a 10-piece bagpipe group made up of some of Scotland’s most well-known contemporary pipers and composers. In 2019, James won the Silver medal for Piobaireachd at the Northern Meeting piping competition in Inverness.

Fìbhig is currently exclusively available to pre-order from James via his Bandcamp page, with one track available to preview before the physical CDs are sent out next month: 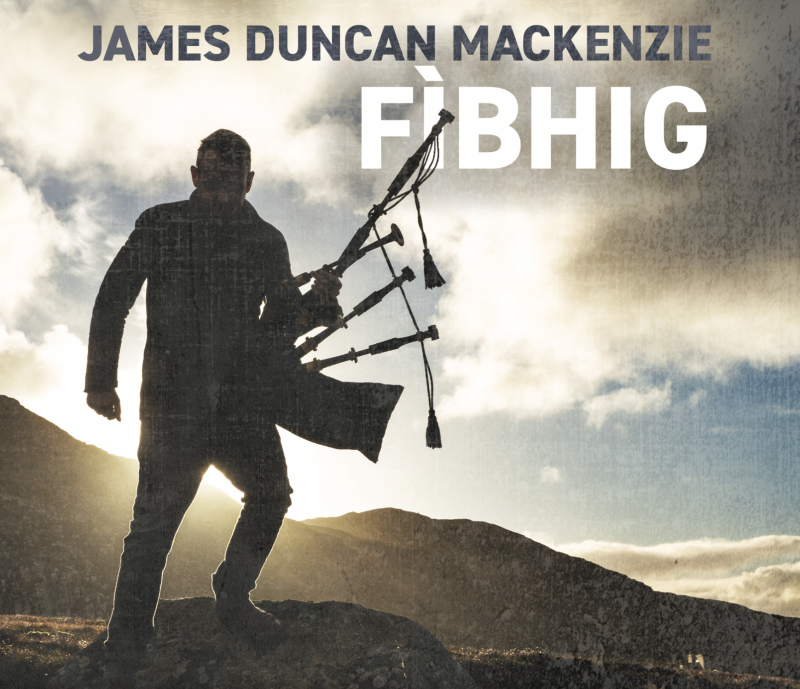