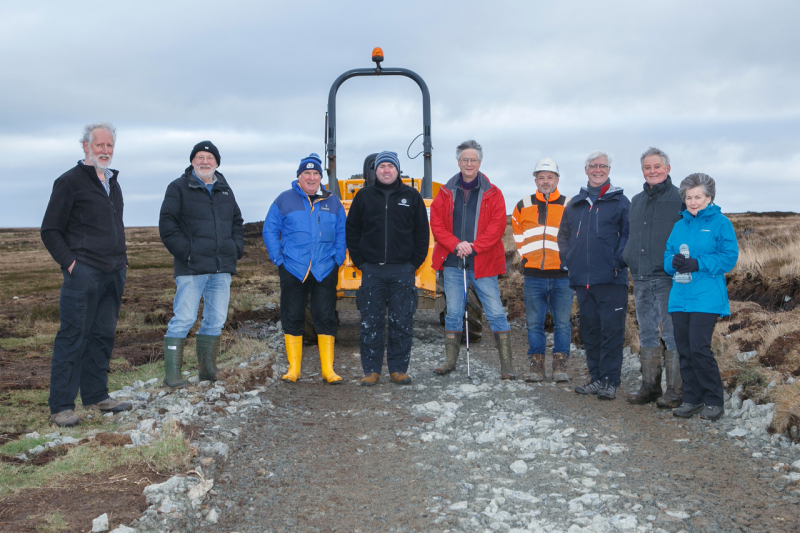 The project to develop a walking and cycling route between Shulishader to Flesherin began last week thanks to funding successfully granted from the Island Communities Fund.  Members of the Point and Sandwick Trail community group (PSCCP) gathered to see the first foundations of the new section of their planned 40km route being laid.

Formed as a registered charity in 2016, the volunteers behind the proposed community path have been working towards the vision to create a circular route from the Stornoway Ferry Terminal through Sandwick and around the Peninsula of Point.

The group has delivered significant improvements to sections of existing path at Steinish, Shulishader Steps and the extension of the route at Aignis including erosion works to support the perimeter of the mediaeval Ui Church at the Braighe.

Total funding raised for the community path currently stands at £491,642 and has been secured through successful application to Scottish Government Funds and the support of local organisations such as Mossend Residents Association who raised £42,000 from the Crown Estate Coastal Communities Fund towards the path at Steinish in 2020.

Community wind farm Point and Sandwick Trust have been closely involved in the long-term project via the support of their Community Consultants. Alasdair Nicholson has been key to unlocking many of the funding applications and Tony Robson is project managing the development of the new, improved routes which include installation of recycled plastic benches, self-closing gates and marker posts. 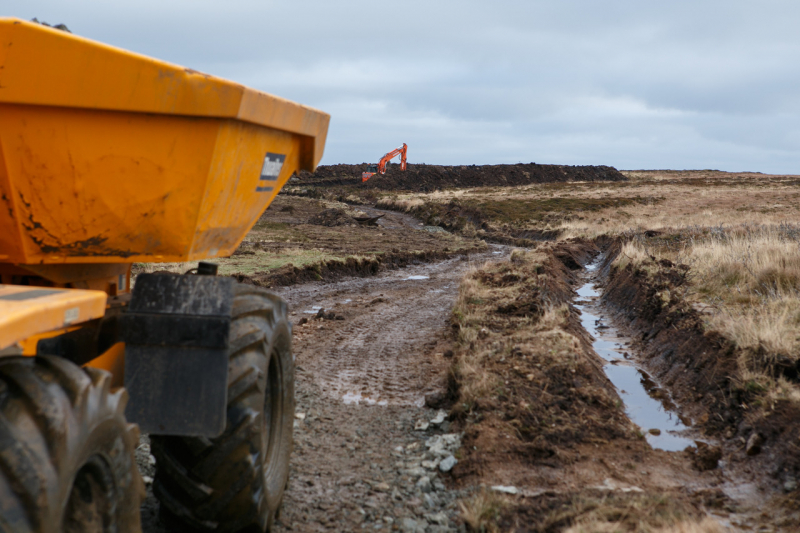 The section of path between Shulishader to Flesherin section will connect the two villages and includes two additional walks giving access to two sites of local interest, the remains of the Wyre Law, a fishing trawler wrecked in 1952 with no loss of life and to Caisteal Mhic Creacail, the ruins of a neolithic chambered cairn.

PSCCP Chairman, Don Maclean commented, “It’s great to see that work is beginning on this stretch in Point and we’re very excited the new path will take in two sites of local interest, namely the wreck of the 1950's trawler, the Wyre Law and the neolithic cairn Caisteal Mhic Creacail as well as opening a safe walking and cycling route between the two villages.  Thanks to all our funders, and to PST for their help supporting our applications and roll out of the work".

Managed by Inspiring Scotland for the Scottish Government, a grant of £80,920 was approved in October last year and builds on the restoration work carried out at Shulishader Steps, 88 previously dilapidated fishery steps which now give safe access to a cove popular with swimmers. The work to improve the steps has been welcomed by Falmadair, the North Lewis Maritime Trust.

Point and Sandwick Trust Community Consultant Tony Robson has been involved in the development of the wider Trail route since the first work first began and is particularly pleased to see this new section coming together, “Ancient tracks linked many villages on the island and that between Flesherin and Shulishader has fallen into a state of being almost impassable to most walkers, let alone those with prams and bikes. A peat bog brings even the hardiest walker to a halt.  The completion of this new section, and linking up the two villages by foot, off the busy road will make a big difference to villages who will be able to chose to walk or bike to visit friends and family”.

Work started between Shulishader and Flesherin is being delivered by Point-based Macleod Contractors and will be completed by the end of March 2022. 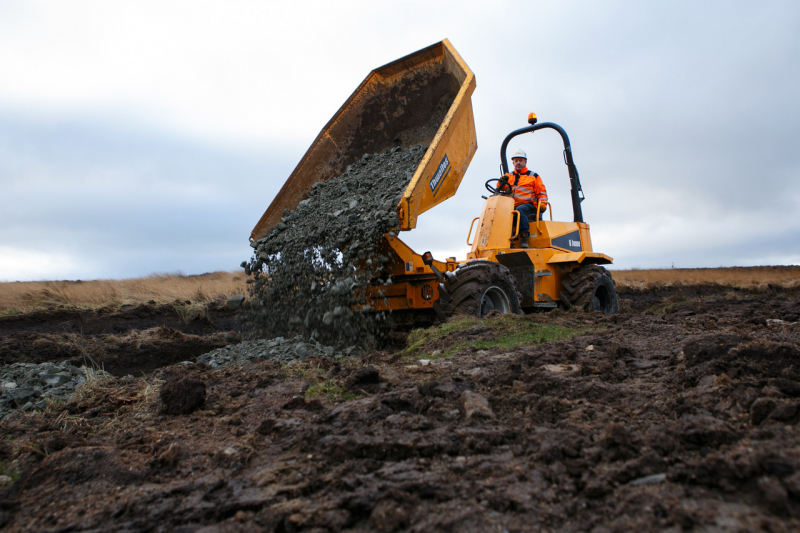 Photographs by Sandie Maciver of SandiePhotos