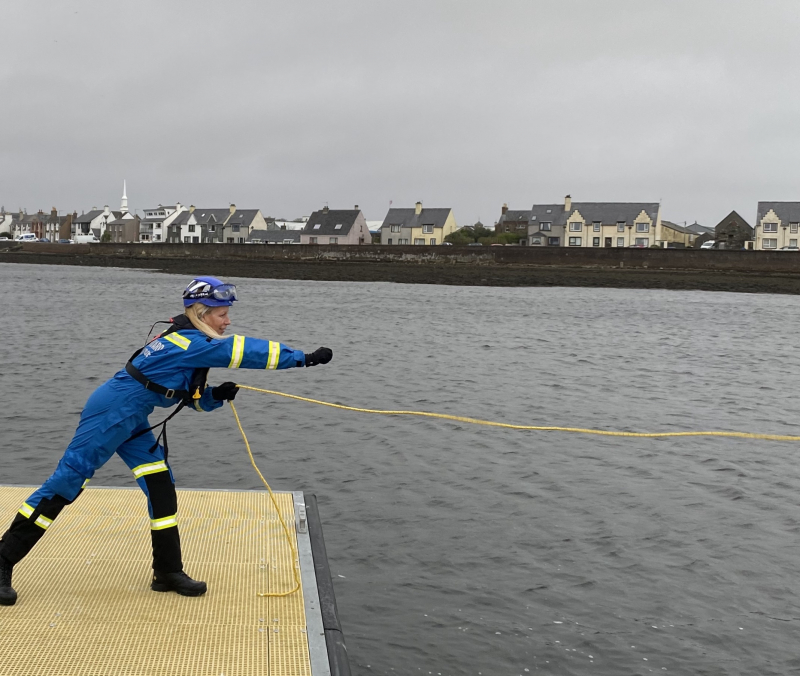 The throwing of a line into the water of Stornoway harbour commemorated 200 years of life-saving work for HM Coastguard yesterday (Saturday 15 January).

HM Coastguard celebrated its 200th birthday with similar symbolic acts around Britain’s coastline at 11am yesterday morning, while coastal communities paid tribute to the importance of the service from its beginnings as a loose network of coastal lookouts to today's hi-tech coordination centres.

It was on 15 January 1822, that HM Coastguard was formally brought into existence and yesterday coastguards across all four home nations marked the bicentenary by casting into the water throwlines, which form part of the lifesaving kit used by coastguard teams.

In Stornoway, coastguard rescue team member Ellen Maclean, who also works in the operations room at Stornoway’s maritime rescue co-ordination centre at Goat Island, performed the symbolic act ahead of time for the benefit of TV cameras.

Area coastal commander Murdo Macaulay was interviewed for BBC Scotland’s coverage, and later told welovestornoway.com: “Over the whole of the 200 years of HM Coastguard’s operation the one constant that has never changed, and which will never change, is the ethos of saving life.

“The throwing line is just a piece of rope, but it is also literally a lifeline, both then and now. Stornoway has been awarded the Department of Transport national rescue shield twice in the past 100 years – in 1953 and in 2018. In both instances it was the use of rope that effected the rescue.”

The 1953 rescue was of 66 people from the Clan MacQuarrie liner, which went ashore off Borve in a storm. All those on the vessel were brought ashore by a rope and pulley system known as the breeches buoy, or life saving apparatus. 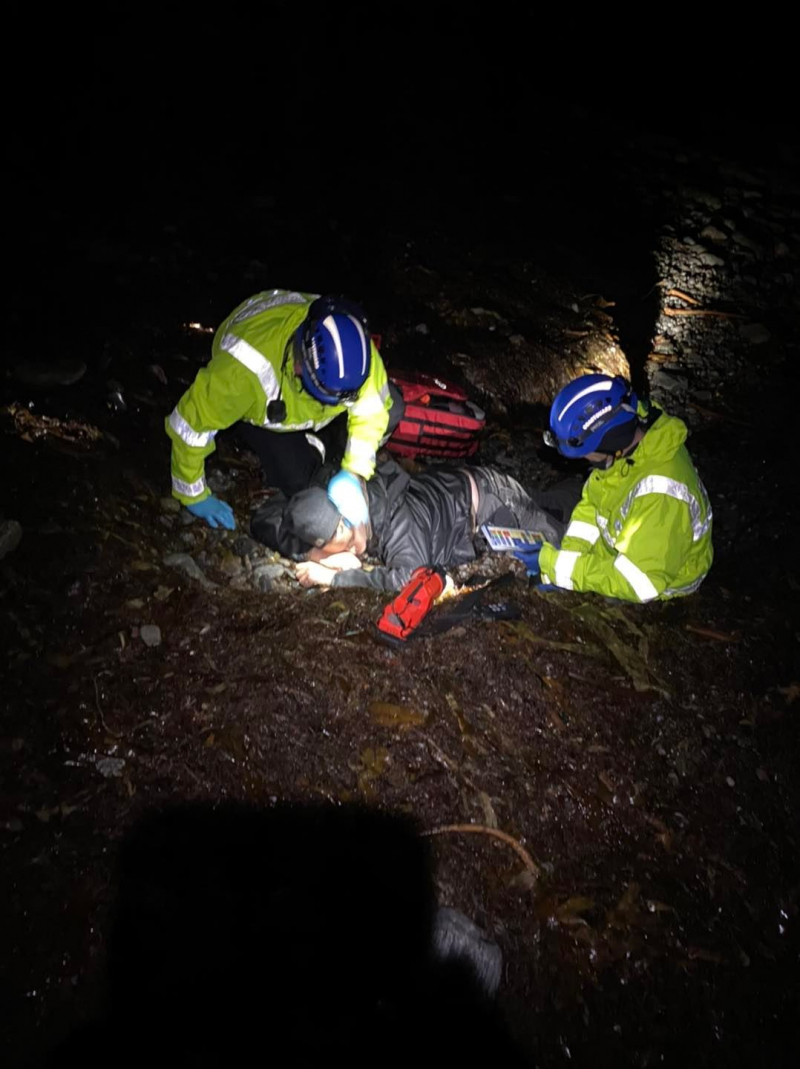 In 2018, Stornoway Coastguard Rescue team members were able to save the life of an 87-year-old walker who had fallen on a scree slope on St Kilda and was slipping towards a 300-foot cliff drop. A complex technical rope rescue using a sling brought him back to safety, to be winched aboard the Coastguard rescue helicopter.

Murdo said: “Those two rescues exemplify what I mean. In that time we moved from a horse and cart carrying recuers to the most advanced technical solutions, but it still all boiled down to a rescue and an attitude of mind that says that we will get there, and we will save lives.”

Marking the anniversary yesterday, maritime minister Robert Courts said: "I am immensely proud and humbled by the continued dedication and professionalism from the staff and volunteers which ensures everyone's safety on our shores and around our coast.

"HM Coastguard is the backbone of our maritime sector and the nation is indebted to its incredible workforce which continues to deliver an exceptional service."

Claire Hughes, director of HM Coastguard said: "When you look at how we started and where we are now, it's easy to celebrate the innovation and development that can be seen throughout the service.

“And yet we are far more proud of the people, the volunteers and the staff who throughout two centuries have continued to strive to keep people safe at the coast and out at sea. We always have and always will respond to those in distress.

"While this milestone is an opportunity for us to look back with pride on what we've achieved, we have always looked to the future, and I'm proud that we continue to look for ways in which to improve and save lives. I'm proud of the commitment, the dedication and selfless sacrifice and I'm proud of how the service has developed and continues to do so."

Divisional Commander for Scotland, Susan Todd said: "As an emergency service HM Coastguard is always busy and it's rare that we get the chance to reflect on how far we have come.

“200 years of saving lives at sea and at the coast is truly something to be proud of. The symbolic casting of throwlines across the UK today is a reflection of our unwavering commitment to keeping people safe at sea."

They posted: “Tomorrow is the 200th birthday of HM Coastguard. Technology has changed, the ethos of lifesaving and preparedness remains as the spirit of our service.”