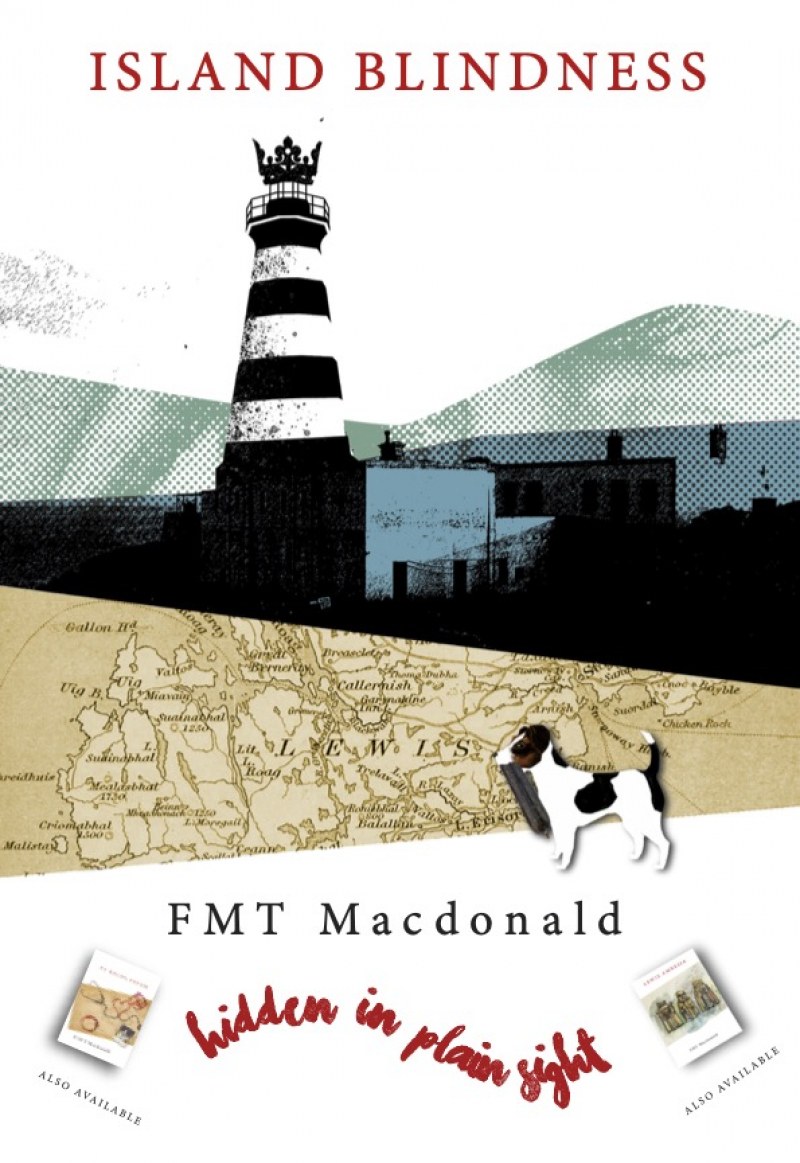 Fiona’s just published a third book in her series about the misadventures of Dr Helen MacAllister and George the Jack Russell.

In book 1, “St Kilda Fever”, Helen arrives on Lewis in the 1970s fresh from Glasgow, to take up a temporary post as the first female locum doctor on the island.  In the stormy depths of a dark Hebridean winter she soon becomes embroiled with Russian spies and dodgy doings at the military base on St Kilda.

This Cold War spy thriller contains a cast of characters, at least one of whom rocks her life in ways that she just didn’t expect.  It also contains vivid descriptions of the land and climate that characterise the Outer Hebrides, all served up with bucket loads of humour.  No surprise then that “St Kilda Fever” quickly became a Baltic Book Shop Book of the Week.

Book 2 followed in 2020 just as Covid lockdown descended.  “Lewis Amnesia” picks up the tale of Helen’s island life pretty much where the last one left off.  It’s still the 1970’s, but now it’s late autumn and she and George the Dog have been asked back to continue with her locum job on Lewis.  Resolving to kick her drink and addiction problems and dump her emotional baggage, she sets off to enjoy a few quiet months on the island that she has grown to love.

But unfortunately things take a different turn, and her life is far from quiet as she is forced to contend with a group of tight-knit locals who may or may not be implicated in a spate of potentially unexplained deaths.  In turns funny, romantic and exciting, it’s another tale full of twists and turns around an equally gripping central theme that will that will keep you guessing to the very end, with a cliff-hanger that left readers begging for another episode.

Thankfully that has arrived in the form of “Island Blindness”.

It’s now midsummer and the long, hot, luminous Hebridean days contrast starkly with Helen’s romantic and professional turmoil as she continues to fight her demons and the possibility of being struck of as a doctor. When Hetty a promising young medical student is the first local young woman to disappear, Helen gets dragged into in a sequence of events that leave her and George literally fighting for their lives.

As the dense sea fog rolls in, blanketing the cliff-top lighthouse at Valagarry we’re left wondering who the charismatic Father Joseph that lives there might be and whether he is involved in the disappearances.  But in the end, Helen is faces a threat that reaches far far further than we or she could ever have imagined.

Settle down with a cup of tea, and enjoy another encounter with many of Helen’s local friends, such as Mrs Murray the receptionist, Brian the policemen, Ewan the Procurator Fiscal, and Susie the Punk Glaswegian district nurse.  Then let this rollicking yarn whisk your mind away from the January weather and the ongoing world of Doomy Gloom.

All three paperbacks books are available now to buy from The Baltic Book Shop, The Woodlands Centre and Spar, as well as on-line via Amazon.  “St Kilda Fever” and “Lewis Amnesia” are available on Kindle.  “Island Blindness” will shortly be there too.