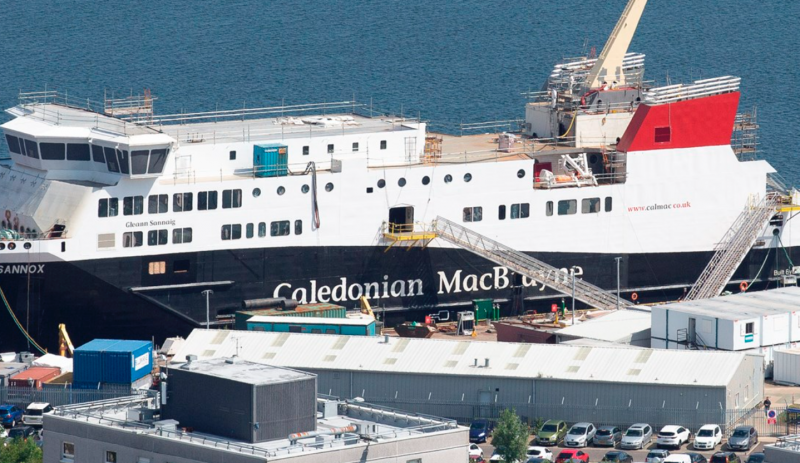 Doubts over 'decay' on new ferry

A report filed by the outgoing turnaround director of Ferguson Marine has listed a raft of possible future obstacles to the delivery timetable on new ferries for CalMac.

Tim Hair, who will be replaced in February after a short handover period, made his short farewell report to the Scottish Parliament’s transport committee on 23 December, a week after news of his departure was announced.

In it, he identified barriers to completion of hulls 801 (the Glen Sannox) and 802 (the incomplete Uig triangle ferry).

He listed personnel issues including a shortage of skilled workers, possible delays to overseas workers returning from their home countries after Christmas and absences caused by self-isolation and Covid sickness.

And he also identified new construction challenges on both hulls that could slow down the delivery of either, or both, of the new ferries.

Mr Hair said that pipework installation on hull 801 had increased in recent weeks, with a focus on maintaining critical activities.

But, he said: “The overall rate of pipework installation on 801 has not achieved planned levels … this is an important area and represents a critical risk to the delivery of 801.”

He said: “The hull of 802 … has an extra feature known as a ducktail. This is an additional structure, the full width of the ship and approximately 2.5m long, which is designed to increase the speed of the vessel for a given power output from the engines.

“At their request, we have for some time been in discussion with Scottish Government, Transport Scotland and CMAL regarding the ducktail. These discussions have the potential to impact the schedule for delivery of the vessel.”

Ferguson Marine’s board of directors has added to the list of concerns, saying that delivery of 801 is ‘achievable but challenging’. They also say that the progression of the Omicron variant has the potential to cause severe disruption, which cannot be quantified.

Most significantly, they acknowledge the concerns that others have expressed over some time, that the ferry hull for 802 is rusting at the quayside and may need radical reconstruction.

Board members told the transport minister: “As noted in previous updates, much of the equipment for the ferries has been installed since 2016 and may have deteriorated since then.

“Although surveys, remediation and replacement have taken place under Government ownership there is an unquantifiable risk that equipment problems may emerge during commissioning.”

The Times newspaper this week questioned whether the timing of Mr Hair’s report, two days before Christmas, was designed to minimise scrutiny.

Coverage of Mr Hair’s report has only emerged during this week, despite the report being published at https://www.parliament.scot/chamber-and-committees/committees/current-and-previous-committees/session-6-net-zero-energy-and-transport-committee/correspondence/2021/ferguson-marine-quarterly-update-on-the-progress-of-hulls-801-and-802 on 23 December.

Ferguson’s new chief executive, David Tydeman, is due to take the helm on 1 February.

Tim Hair concluded his report to the transport committee by saying: “I am proud to have played my part in the history of the yard, have every confidence that it has a sustainable future and will watch the next stage of its development with interest.” 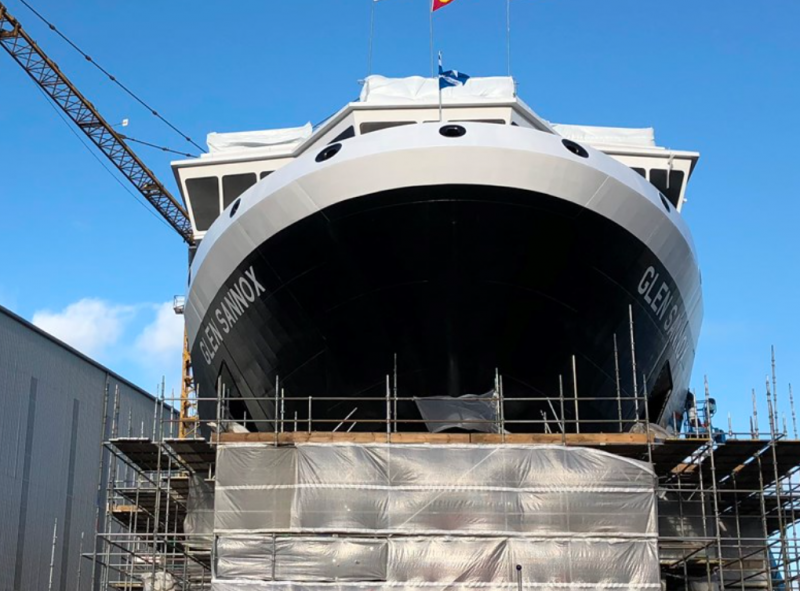