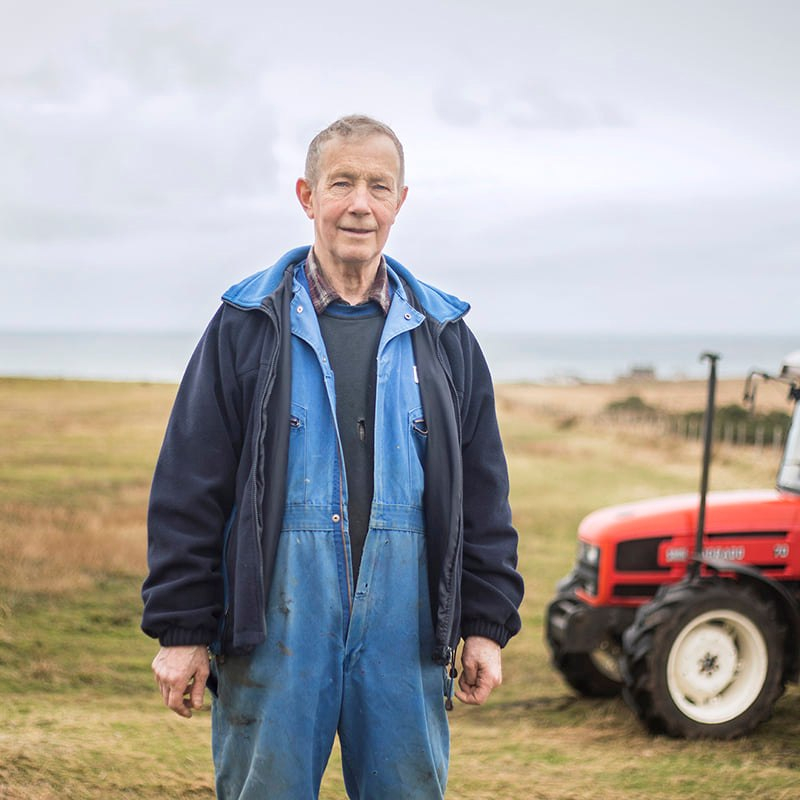 The funeral of Cailean ‘Marybank’ Maclean is to be held tomorrow (Saturday 15 January) with the family supported in their loss by what they describe as ‘an overwhelming’ wave of good wishes and support.

Numerous tributes have been paid by customers, fellow business-owners and friends after the news yesterday that the founder and boss of Marybank Garage and Lewis Tyre Services had passed away.

Cailean, who was 79, was widely known and respected for his approachable and warm-hearted character, fund of yarns and strong work ethic. His family said he had only left work in May last year when a resurgence of cancer left him unable to continue with the job which defined him.

Son Norman, who has been running the business since his father stepped down, said: “My father was extremely unwilling to take time off work. When he first had surgery for cancer, 14 years ago, he took a week off and then came back and did office work for two weeks. Even during this last illness at home, he never complained or grumbled once.”

Cailean was one of three sons born to Norman Maclean of High Borve and Chiorstaidh Macdonald of Borve in 1942. He attended school at Airidhantuim and at Lionel in Ness, leaving at 14 and starting work picking winkles from the shore, which were sent by train for sale at Billingsgate fish market in London.

Like his brother Calum, he joined the Merchant Navy and made one long trip to Australia and New Zealand, before accepting his brother’s advice that he would be better suited to a trade at home.

He apprenticed as a joiner in the building trade and married Isabella Catherine Macleod, of Loch Street Barvas, in 1967. They first moved to Reading, where Cailean continued to work in the building trade, but returned to Lewis in 1969 and began to build their own home on the croft at 4 High Borve, moving there in 1973. 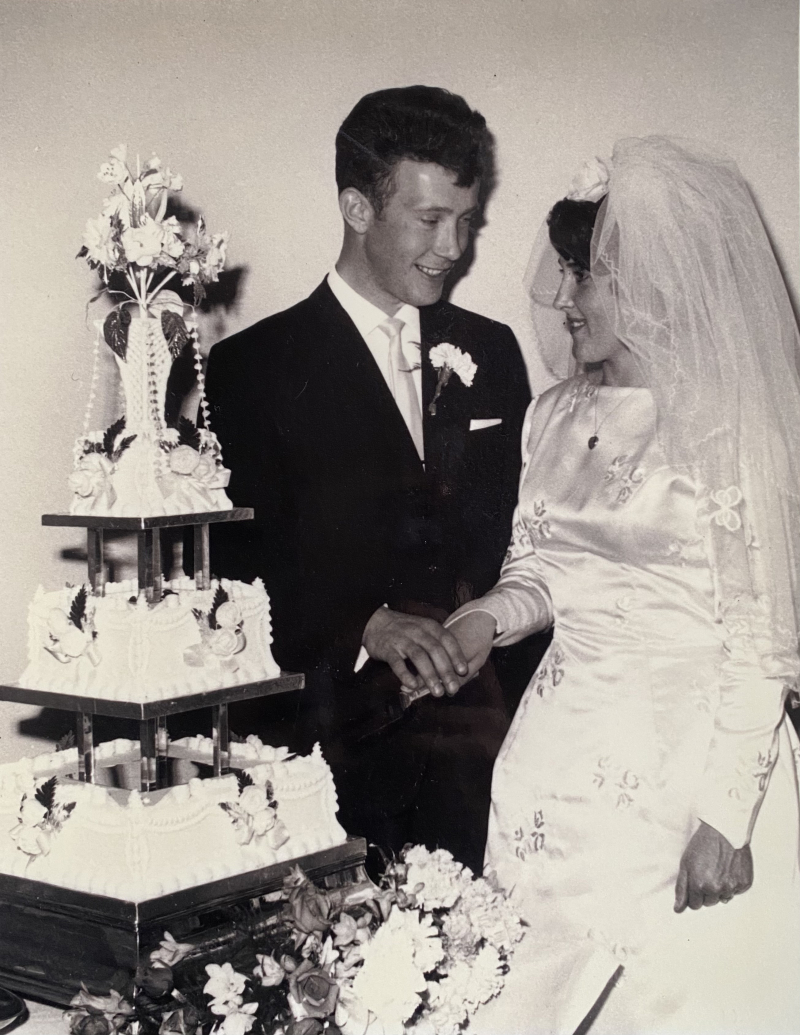 Their family of four were raised there, and Cailean also enjoyed his time on the croft, working with the sheep that were his passion and one of his main occupations outside work.

In the late 1960s he noticed that the law on motoring was changing and that the depth of tyre tread was becoming an important requirement for drivers. Spotting a gap in the market, he went into business with Donald Morrison, setting up a small garage in the former waterworks building in Marybank, now used as the store for Lewis Tyre Services.

As the business expanded Marybank Garage and Lewis Tyre Services became Cailean’s sole concern, with a new building constructed in 1971. From then he maintained his reputation as a good-natured, hard-working and approachable business owner, always in a good mood and reluctant to take time off work.

Norman said: “He always took the Glasgow Fair holidays at the end of July and he took one day off in 2017, when we held a small celebration at home to celebrate my parents’ golden wedding.

“He wasn’t into new technology at all and the business remained run on old-fashioned lines, with paper and word of mouth rather than computer systems and social media, but it seems to work.”

Customers and fellow businesses alike agreed, with numerous tributes paid to him this week. Customers spoke of Cailean’s many decades of service to the islands, saying: “He was an absolute gentleman and will be very much missed by everyone that ever had the pleasure to meet him.” 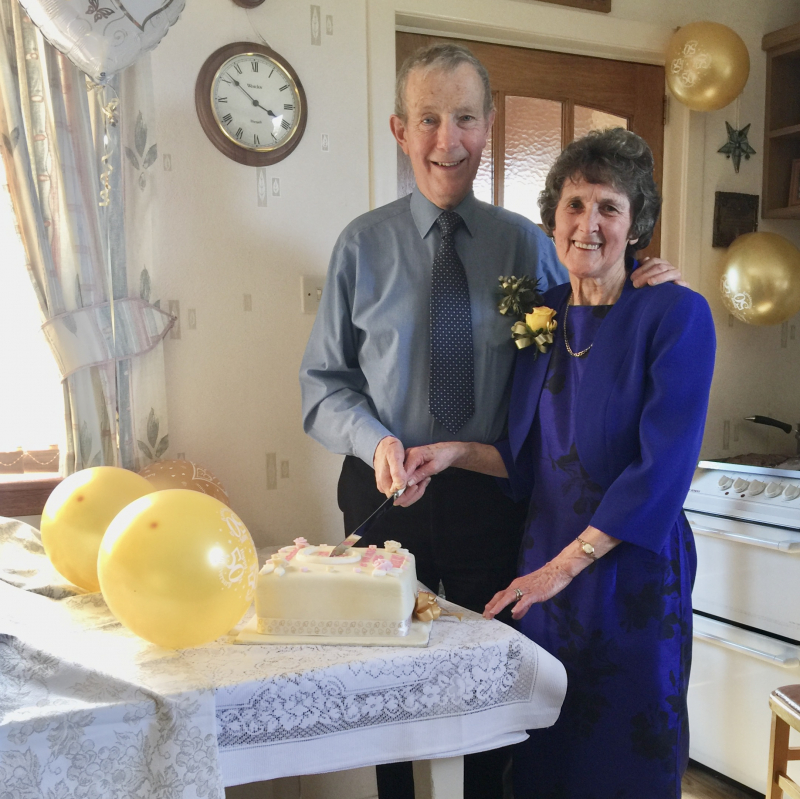 Although he was widely known as Cailean Marybank, Cailean’s heart remained firmly at his home in High Borve and his allegiances with the west side of Lewis.

He was a trustee of Urras Oighreachd Ghabhsainn, on behalf of whom chair Agnes Rennie said today: “We learnt yesterday with great sadness that Colin Maclean, one of our trustees, had passed away after a long illness.

“Colin was elected onto Urras Oighreachd Ghabhsainn in 2005 and remained on the board since then, bringing with him experience of running his own business, a passion for crofting, and a great enthusiasm for new ideas.

“He could see the benefits that could come from the urras having its own revenue stream and took enormous pleasure from seeing the many projects supported through the community investment fund. Being Colin, we were never able to put enough towards crofting and he never lost his belief that crofting could be modernised and contribute to the economy of the area.”

Cailean’s business sponsored Westside Football Club every season from 1999 onwards. The club yesterday said: “Everyone associated with the club was saddened to hear of the passing of Cailean Marybank. Cailean has been a long-standing supporter and sponsor of the club. Our thoughts are with his family and all his friends and colleagues at this sad time.” 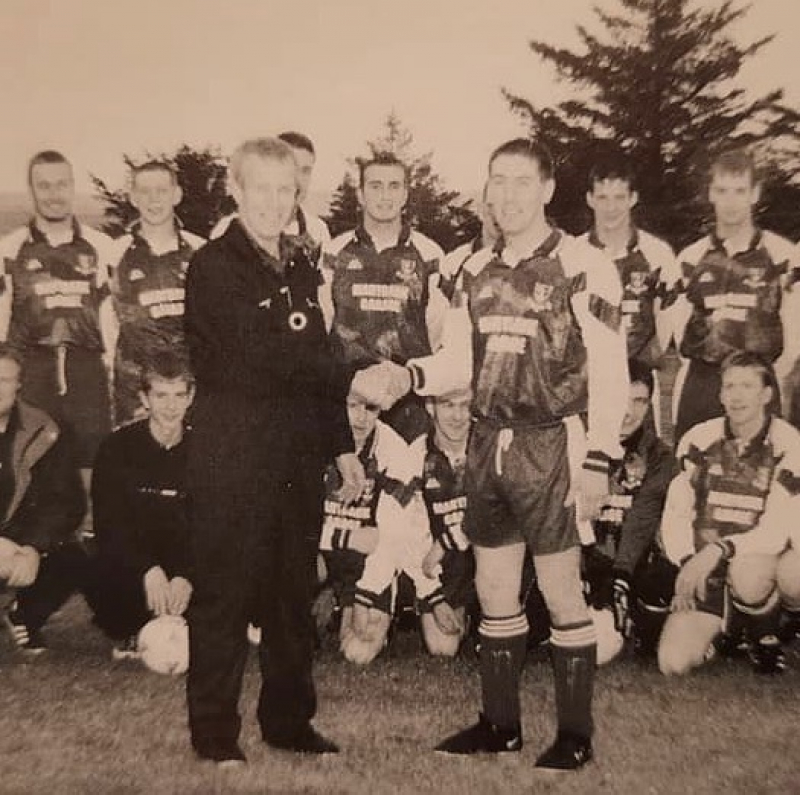 Norman said today (Friday) that the family had been ‘just overwhelmed by the good wishes and support from everywhere.’

He said: “People remember my father the way that we do – always cheerful, always willing to help. The islands are poorer for losing him, but he would be the last person to look for this kind of attention or praise.

“He loved his work, but when he wasn’t in the garage or at work he was always happiest in High Borve, attending to his sheep on the croft.”

Cailean is survived by his wife of 53 years Isabella, brother Neil and sister-in-law Catherine, sons and daughters-in-law Calum and Lisa in Colorado, Norman and Marion in Stornoway and Angus and Charlotte in Melbourne, daughter Christine in North Dell and 10 grandchildren.

His funeral will be held tomorrow (Saturday 15 January) at Barvas Free Church at 11.30am. There are no restrictions on attendance but those attending are asked to wear a mask and take all necessary precautions.

A collection will be taken in aid of Macmillan Cancer Care and Bethesda care home and hospice. The family wish to express particular thanks to medical, health and social care staff, and to staff at Macmillan, Bethesda and Crossroads Lewis.

Pictures are supplied by the family and include images by Fiona Rennie, Westside FC, SandiePhotos and family pictures.