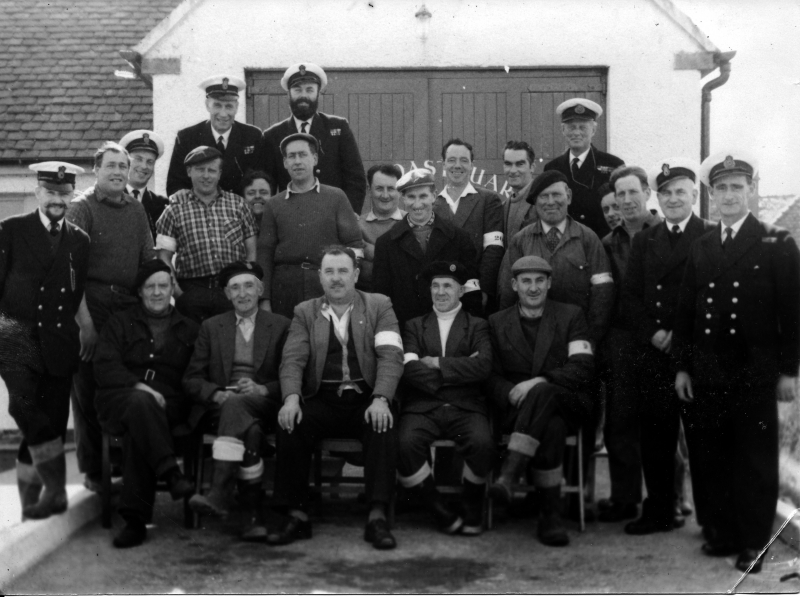 Her Majesty’s Coastguard celebrates the 200th anniversary of the organisation today (Saturday 15 January.)

Although this week’s celebrations will be low-key Stornoway, it’s hoped that a coastguard station open day can be held later this year, when both the weather and the local position on Covid are more suitable.

When HM Coast Guard was founded on 15 January 1822, its work revolved around the fight against smuggling. The new organisation was formed by amalgamating revenue protection services, riding officers who rowed out to intercept vessels in harbour and the preventive water guard.

But the Coast Guard (it was originally two words, changing in the 20th century) was also responsible for giving assistance at shipwrecks and trying to save lives.

Its invention came during a time of growing national concern over safety at sea, with the Royal National Lifeboat Institute also established in 1824 and the building of numerous lighthouses, including Barra Head in 1833, Arnish Point in 1853, the Butt of Lewis in 1862 and Tiumpanhead lighthouse in 1900.

By the turn of the century HM Coastguard had become the eyes and ears of many organisations, called upon to help not only by customs but by the Admiralty as part of the Royal Naval Reserve and with lifesaving activities from the shore in conjunction with the RNLI.

In 1901 an article in Strand Magazine said: “Anyone who has been much about our coasts cannot but have noticed the coastguard stations dotting them here and there like sentinels.

“North or south, east or west, almost wherever we touch the sea, at no great distance away there will be seen a little cluster of houses, a watch-tower, maybe, or look-out, and a flagstaff denoting a station of the coastguard … ready for any work that may be necessary, whether it be rescue or salvage.”

The coastguard service first came to Stornoway 110 years ago, when a coastguard station was set up close to the Royal Naval Reserve depot in Stornoway.

Malcolm Macdonald of Stornoway Historical Society said: “The first lookout station was at Battery Point (Inaclete Point) in 1912 and the building is still there near the shore, on the left after you pass the guns.”

The building housed the life saving apparatus (LSA), a rocket-propelled rope pulley system, attached to a flotation device known as a ‘breeches buoy’, which could bring people off a sinking ship one by one.

The LSA was called upon on 1 January 1919 when the tragedy of the Iolaire was unfolding off Holm, but the apparatus, mounted on a horse-drawn cart, could not reach the location of the wreck and was on that occasion ineffective in saving lives.

After the end of the First World War the RNR depot at Battery Point closed and houses built at Seaview Terrace and Battery Road for RNR officers were transferred to HM Coastguard. 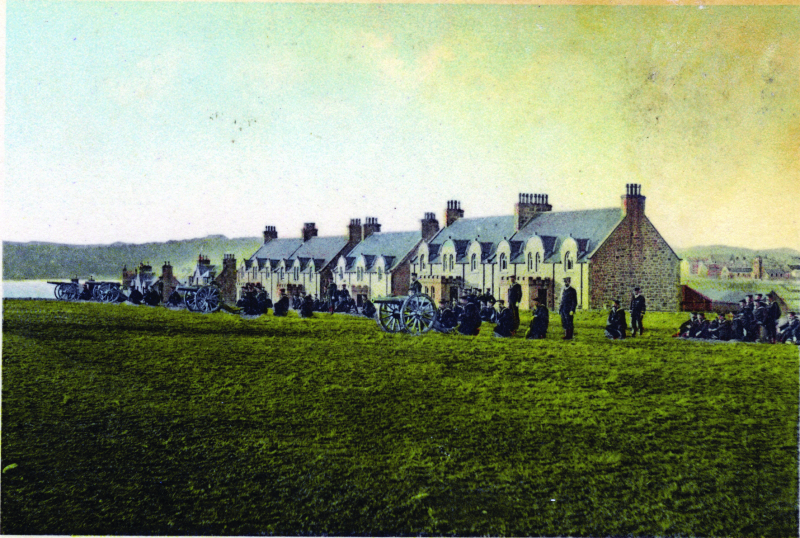 Coastguard officers continued to live in the cottages as a new lookout was built at Holm in 1933. There were also look-out posts at Tiumpanhead, Ness and at other prominent points around the islands, and these were used throughout the Second World War.

The most significant rescue of Western Isles coastguard history came in January 1953, when the Clan Line’s ship Clan MacQuarrie ran aground off Borve during a great storm.

The life saving apparatus and coastguard teams, together with local people, were responsible for bringing 66 people – and the ship’s cat – safely off the vessel. It remains the largest breeches buoy rescue in history.

For their actions, the National Rescue Shield was awarded to Stornoway coastguards in 1953 and the Clan Line made a donation which enabled Borve to construct a new village hall in 1954.

The old coastguard cottages at Seaview Terrace were sold when new coastguard houses, with an LSA station, were built on Leverhulme Drive about 1958.

After that structure was demolished, around 1980, the coastguards moved to the flats above the Clydesdale bank and remained there until the completion of the purpose-built coastguard station next to the Goat Island causeway. 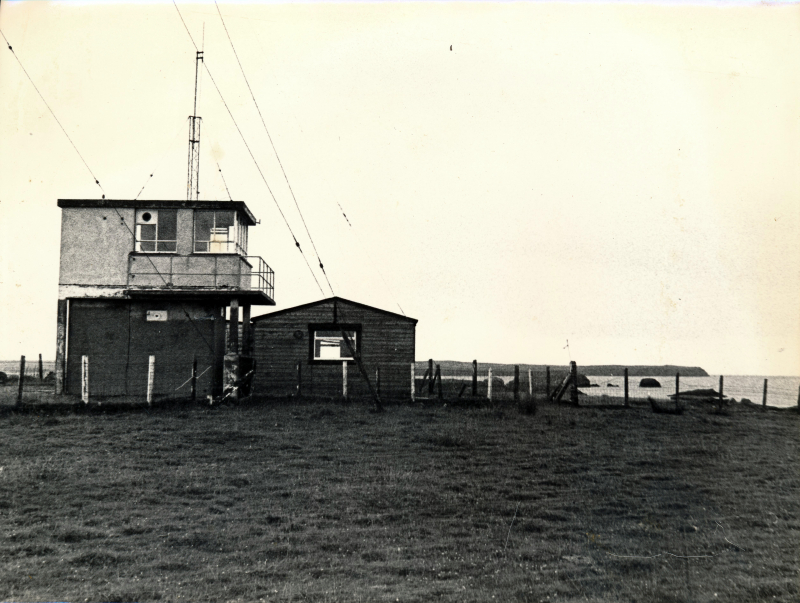 Coastguard services in the Western Isles now include a state-of-the-art operations centre, staffed by maritime operations officers, which is capable of co-ordinating activity across not only its own vast stretch of sea and coast, but remotely covering operations anywhere in the UK, from Belfast to the English Channel.

Area coastal operations officers train and support volunteer coastguard rescue teams, based from Barra to Ness, who are called out to rescue fallen walkers, crag-fast climbers and people in trouble in the water.

The teams, and the officers, can also call on the support of a coastguard helicopter search and rescue team operated from Stornoway airport by the Bristow Group, RNLI lifeboats around the islands and the west coast of Scotland, the coastguard tug Ievoli Black and a number of mountain rescue teams in their area.

In recent times, Stornoway coastguard operations centre has been responsible for co-ordinating large-scale salvage and rescue operations, including the international response to the grounding of the oil drilling platform Transocean Winner.

In 2019 an exceptional rescue of a fallen walker on St Kilda in summer 2018 was recognised, when Stornoway was presented with the National Rescue Shield for the second time in a century.

On that occasion the award recognised the work of officers on duty at the coastguard operations centre, the crew of the Bristows search and rescue helicopter and seven members of Stornoway coastguard rescue team.

After 110 years, the coastguard in the Western Isles remains proudly local as well as nationally respected for their competence and effectiveness in the protection of lives. 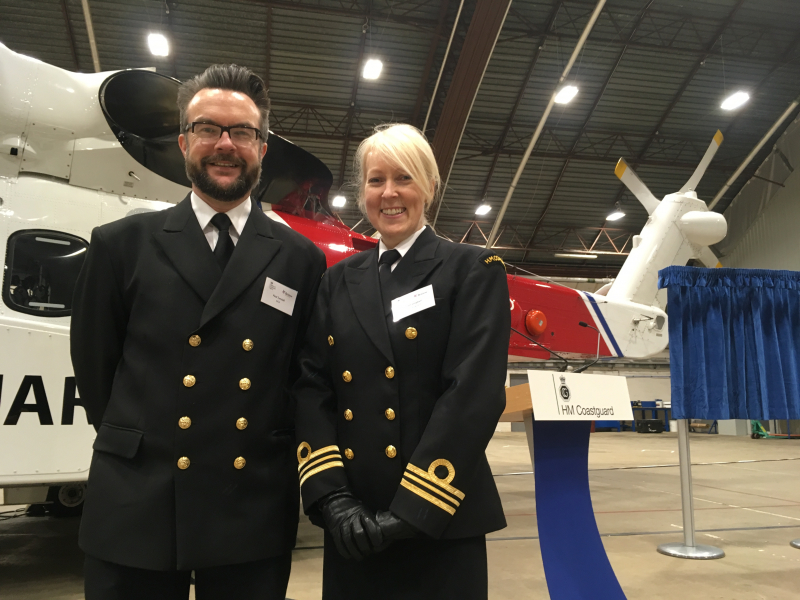 Additional information for this article was provided by Stornoway Historical Society.