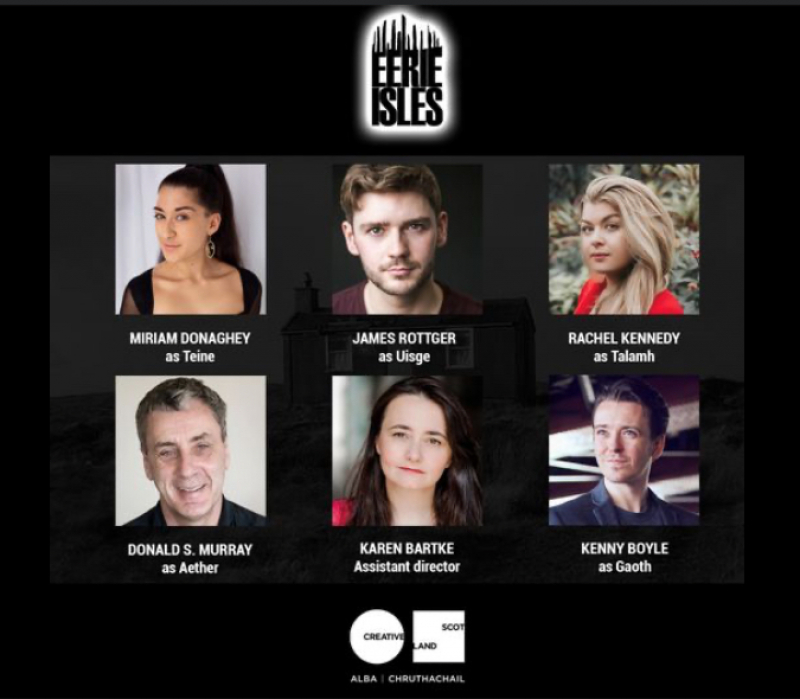 Four of the five cast members, including Kenny, a native of Cromore in Lochs, are from Lewis, adding an air of authenticity to the island-based subject matter.

Kenny as Gaoth is joined by fellow islanders, author Donald S Murray as Aether, and actor Miriam Donaghey as Teine. Another Lewis native, Rachel Kennedy, takes on the role of Talamh.

The final character in the five-strong ensemble, Uisge, is played by veteran Morven-based actor James Rottger. He has a long list of theatrical credits and TV appearances in Scot Squad, River City, and Gary: Tank Commander (BBC Scotland).

Meanwhile, the assistant director seat is being occupied by Karen Bartke, who is best known as Officer Karen in the BAFTA-winning mockumentary Scot Squad (Comedy Unit).

Eerie Isles is an attempt to capture some of the oral folk tales before they disappear forever. The inspiration came from Kenny’s childhood living in Cromore, Lochs and hearing half-remembered tales only his deceased granny could complete.

Comments Kenny: “The Eerie Isles will capture some of these stories, like a grainy photo of a ghost or a blurry monster in a loch so that they can haunt people forever, and so our culture can live on after us. These are true stories, whether they really happened or not.”

The play is a digital piece of theatre presented online in four parts that explores the folklore and spoken word oral traditions of the Isle of Lewis and the village of Cromore.

Unlike other ‘to camera’ digital productions, Eerie Isles has the performers’ voices overlaid over footage of Lewis itself where the stories take place.

Explains Kenny: “In this way, we hope to showcase the unique beauty and haunting isolation of the island. We feel as though theatre is a hugely immersive art form. Simply having an actor talk to a static camera, much of that immersive and multi-layered art form is lost. We want this to be a truly theatrical experience.”

Kenny, who most recently played the lead role, Rob in the feature film Lost at Christmas, is also awaiting the publication of his first novel, The Tick and the Tock of the Crocodile Clock, which is due out in May. It is available to preorder: https://www.eye-books.com/books/the-tick-and-the-tock-of-the-crocodile-clock 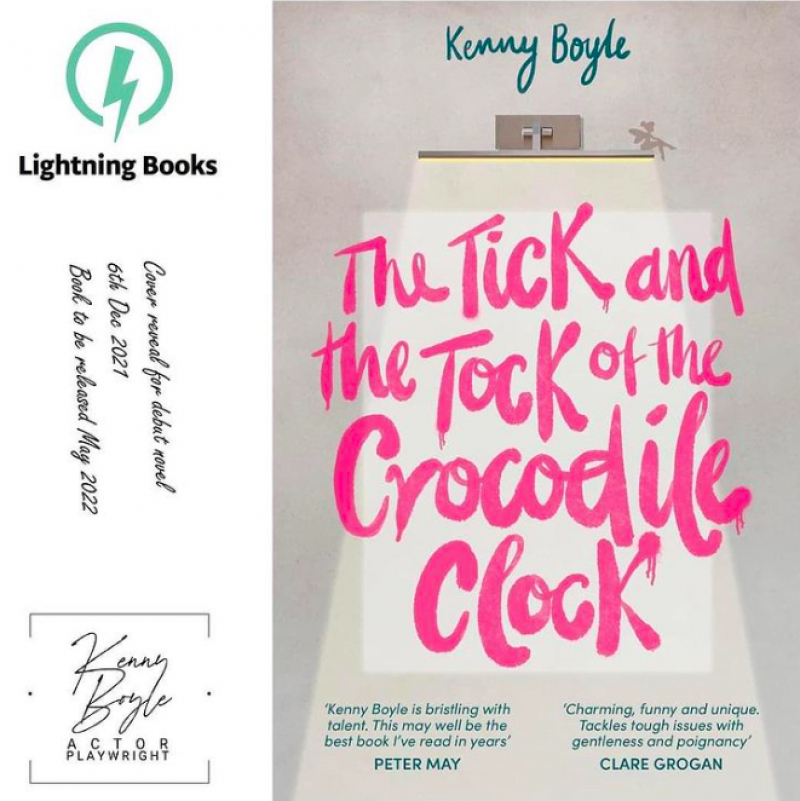 He already has a string of writing credits to his name and was announced as the winner of the Playwrights’ Studio, Scotland’s New Playwrights’ award 2021.