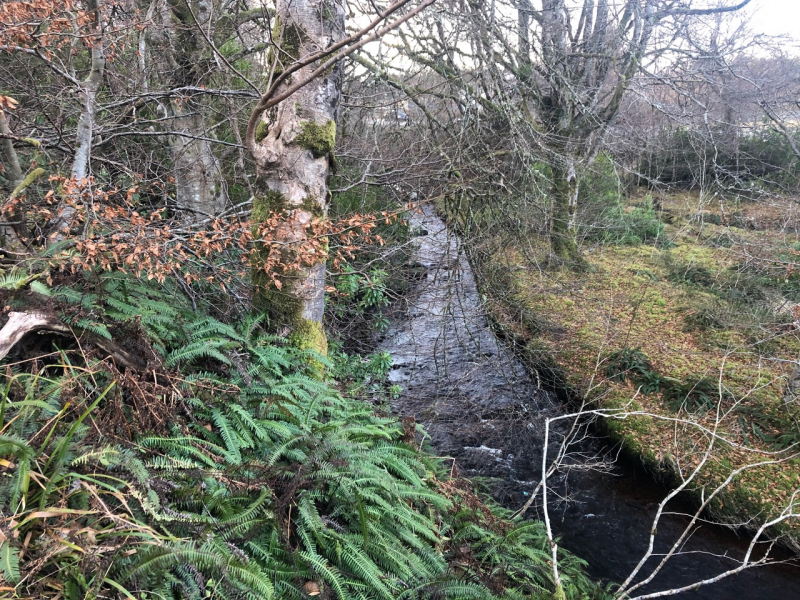 Water features seem to have played a far greater role in the early years of the creation of the Castle Grounds in Stornoway than they came to do in later years.

Estate maps from 1850, only six years after Sir James Matheson began the transformation of the landscape that now form the Grounds, show a large ornamental lake adjacent to the Castle - which later became the site of experiments related to converting peat to oil and was filled in to create the area used by extensive glasshouses, demolished after World War Two, and now by the museum and car park.

There was also a circular pond which fed the stream that flows through the valley near to Cuddy Point - as well as a wooden pipe or aqueduct system feeding the then Stornoway waterworks on the hill next to the present golf course which now hosts the mobile phone network towers.  Maps also indicated a parallel watercourse in the Shoe Burn valley to the north of the stream.

Of course, there was also the mill stream which fed the flour mill in the lower part of the Bayhead River or Willowglen stream valley - and which was restored almost 20 years ago after being buried in the undergrowth since the mill burned down in 1890. 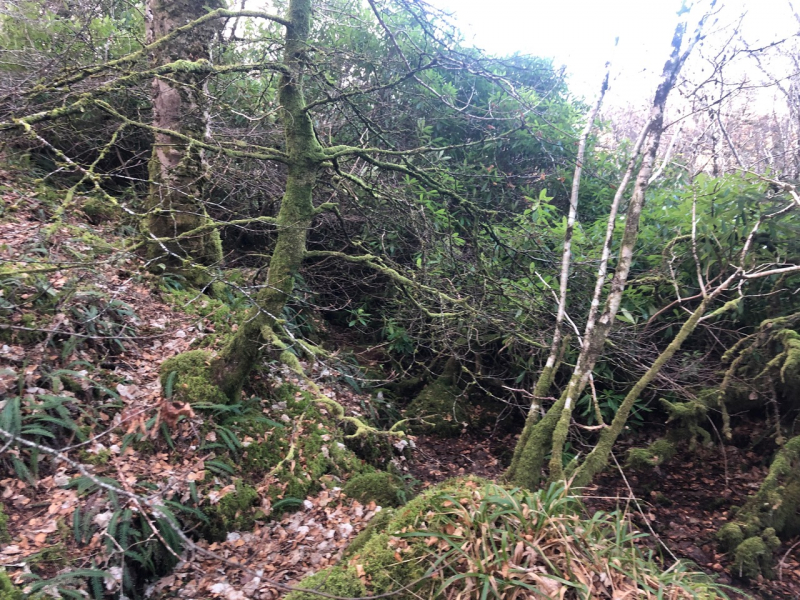 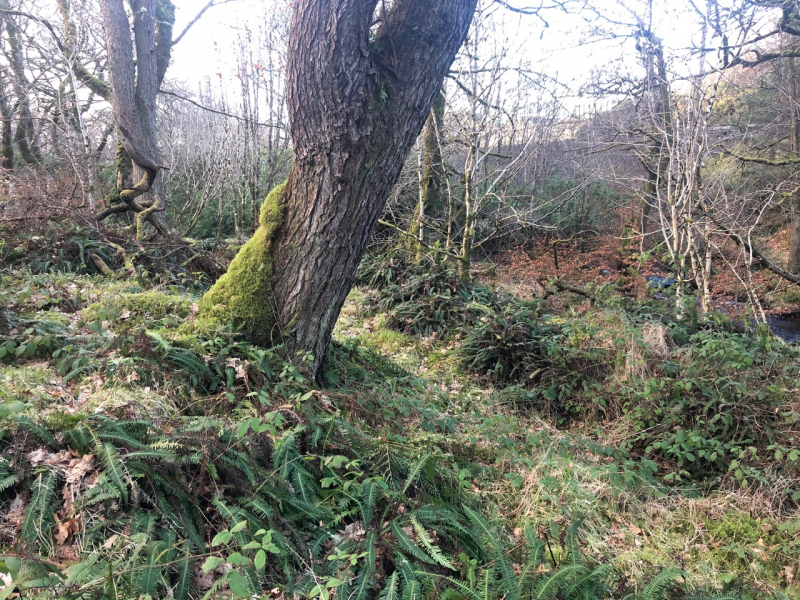 But higher up the valley are the distinct remains of a purely ornamental feature, a cascade fed by an artificial canal which cuts across a sharp bend in the river and which would have created a waterfall about six to eight metres high.

Artificial waterfalls have long featured in traditional Japanese and Chinese gardens, where they can serve to highlight a scene or to provide focus. Sir James would have been familiar with these from his time in the region. Artificial waterfalls were popular in Europe in the late 19th and early 20th centuries, including a famous waterfall in Viktoriapark in Berlin.

A considerable amount of manual labour would have been required to create the artificial water course as it cuts through a steep ridge which juts out into the course of the river as it turns back towards the Marybank roadway and starts a steep drop in level which narrows the stream.  The channel then runs through what are now dense woods before turning sharply back towards the river and dropping back to its level down a steep splay. 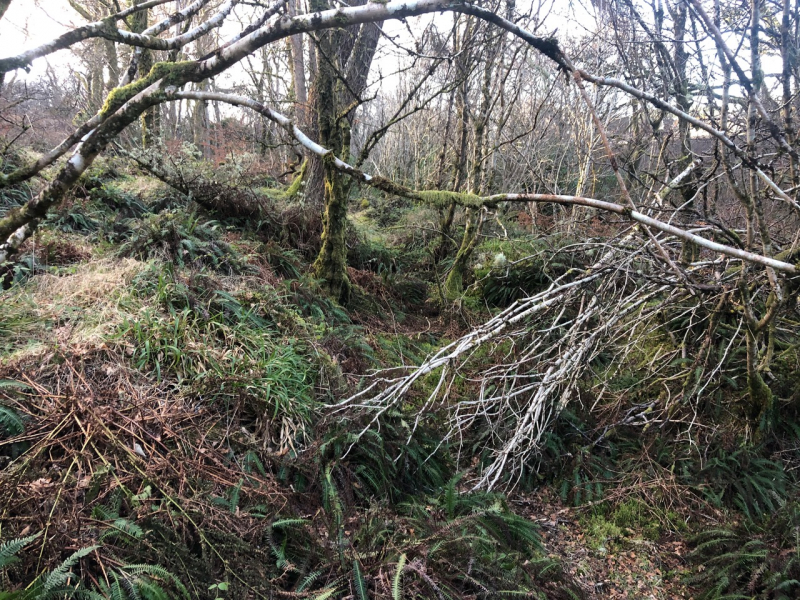 As originally designed, the splay would have been replete with ornamental rocks and decorative plants, and on the opposite bank, there would have been a bucolic picnic spot where Lady Mary Jane Matheson could have practiced her photography skills and enjoyed time with friends. An unexpectedly large and formal path still leads to that area today.

While the route of the stream is shown on an estate map dated 1850, it's not visible on Ordnance Survey maps of the entire area in later decades of the 19th Century.  For reasons unknown, water features fell out of favour and vanished from the Grounds.

At this bend in the river, the artificial channel abstracted water and diverted it though the ridge to the cascade. 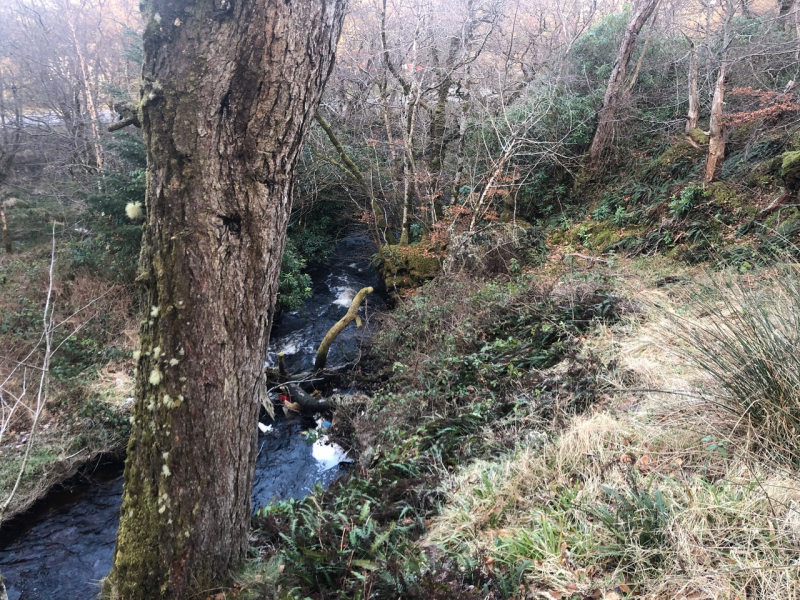