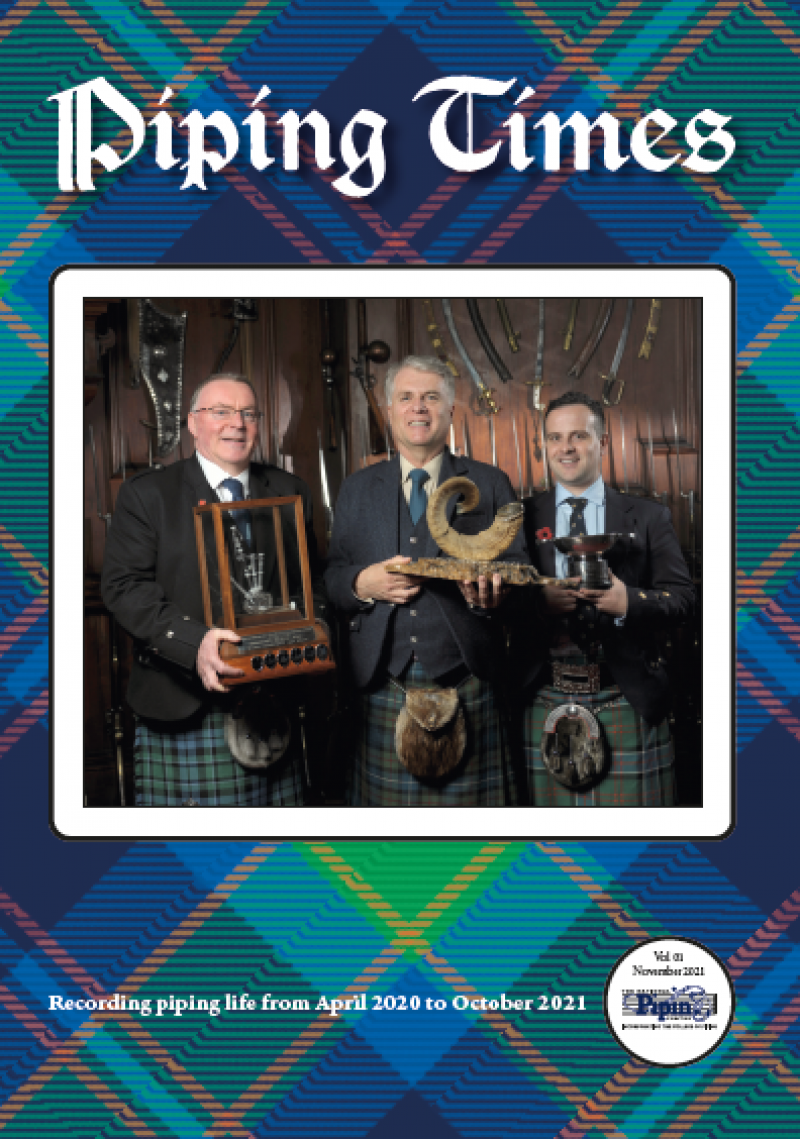 A crowdfunder launched earlier this year by The National Piping Centre has been successful in raising the funds to protect and develop their piping archive, with the launch of a new annual publication.

Copies can be purchased online now and its launch will be celebrated with a special concert that can be enjoyed in-person by those who contributed to the campaign or online by a wider audience from around the world at www.thepipingcentre.co.uk/livestream.

The fundraising drive launched in May smashed its original target to raise £33,000 to launch a new Piping Times Annual and digitise its Piping Times and Piping Today magazines plus the International Piper and Piper and Dancer publications.

Donations to the campaign supported the design and production of the new physical publication, with the first edition recording piping life from April 2020 to October 2021 launching today (Friday 26 November).

The livestream will be available to watch online until Friday 3 December.

The National Piping Centre’s Director of Piping, Finlay MacDonald, said: “It’s fantastic to see our new Piping Times Annual published, all thanks to the generosity of our crowdfunding donors.

"This new publication is an important record for the future, documenting a pivotal moment in piping and preserving the vibrant and ever evolving culture of this great musical tradition. A big thank you to everyone who supported our fundraising campaign to make this new publication and digital archive a reality for the piping community.”

The College of Piping began publishing Piping Times in October 1948. As well as printing competition results, reviewing events and reporting general news in the piping world, it provided a platform for the exchange of opinions and ideas. It was also influential in fostering an international piping community.

The National Piping Centre began publishing its own in-house magazine, Notes, shortly after opening in 1996. As the focus of the publication shifted to the broader world of piping its title changed to Piping Today. The bi-monthly magazine, under the editorship of The National Piping Centre’s then Director of Piping, Roddy MacLeod MBE, maintained a distinctive voice in the piping community for almost 25 years.

Piping Times and Piping Today together record over 70 years of piping history and were forced to cease publication in 2020 due to the pandemic. The digitisation of their archives will be free to access online, with the first materials expected to be available in Spring 2022.

Copies of the new Piping Times Annual can be ordered now: www.thebagpipeshop.co.uk/products/piping-times-annual-pre-order.