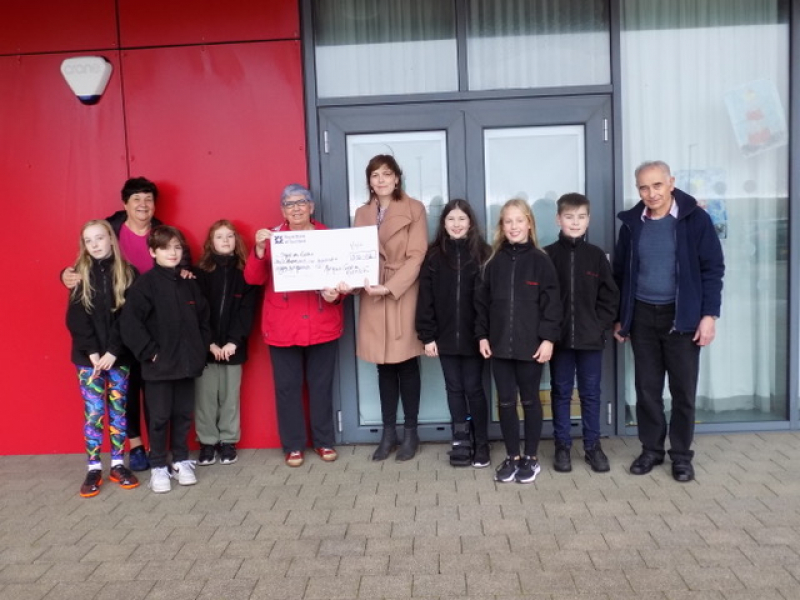 How work on school play paid off

A school has gained £3186.62 for its funds after its community backed a DVD of a pupils' play during the Iolaire centenary events.

It was a chance remark at the AGM of the Point community newspaper The Rudhach, late in 2019, which resulted in this significant windfall for the pupils of Sgoil an Rubha.

The Chair's report mentioned the impressive sales of the commemorative ‘Iolaire' edition.

Another committee member remarked on the recent success of the performance of Councillor Alasdair MacLeod’s play, An Oidhche Mus Do Sheol I, as performed by the local primary school in front of assembled parents and guests.

‘Wouldn’t it be good to put the play on in An Lanntair for those who couldn’t get tickets originally?’, she mused.

‘Maybe film it, make a DVD. and distribute it, and make some money for the school?’, somebody else suggested.

Despite everyone knowing it was a great idea, it was getting close to Christmas and it would require a bit of organising.  It had to be done quickly.

‘There’s only one way this might work’, offered Councillor Norrie MacDonald. His plan was simple.  He called on Marisa MacDonald and enlisted her energy, talents, and powers of persuasion.

Councillor Finlay Stewart mooted the idea of using some of the Crown Estate Monies set aside for community projects to safeguard the ‘foundation’ funding and suddenly things began to move at an impressive pace.  The rest, as they say, is history.

The Rudhach's role was to secure funding and to ensure that all the bills and expenses got paid.

Now a cheque of £3186.62 has been handed over to Sgoil an Rubha.  The DVD is still available at Buth an Rubha.

A big thank you is due to the staff and pupils of Sgoil an Rubha for their willingness to put on another performance of the play.

This addition to the school funds is no more than they deserve for all their hard work, says the team at Rudhach.