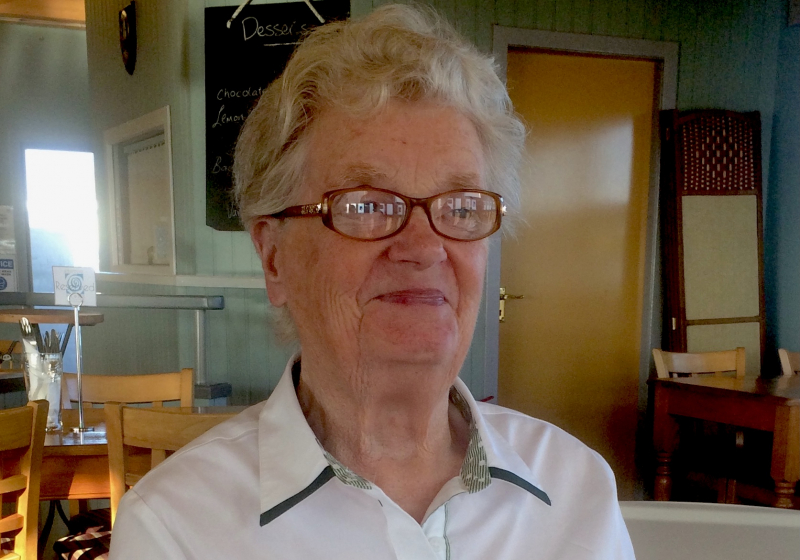 A special night celebrating Uist singer, piper and tradition bearer, Catriona Garbutt, will be held during this year’s Blas Festival, as the festival makes a return to live events after last year’s festival moved online due to the pandemic.

Catriona Garbutt will be joined by fellow Uist musicians and singers including Sineag MacIntyre, piper Dr Angus Macdonald, Catriona’s nephew Niall Campbell and Ruairidh Gray, for a wonderful night of song and tunes on the opening night of the festival, 19th November, at Talla an Iochdair in South Uist.

This year the Blas Festival, which celebrates Gaelic culture and the thriving Scottish traditional music scene over 9 days of events in venues across the Highlands and Islands, will host 26 concerts and cèilidhs as well as a variety of workshops and Facebook Live events. Musicians including Capercaillie’s Karen Matheson, Donald Shaw and Charlie McKerron, Skipinnish front man and singer, Norrie MacIver and BBC Radio 2 Folk awards winners, Mischa Macpherson, Brìghde Chaimbeul, Ross Ainslie and Tim Edey, will perform during the nine-day festival which will take place in venues from Staffin in Skye to Strathy and Applecross to Arisaig.

Blas, which means ‘taste’ or ‘sample’ is organised by Fèisean nan Gàidheal in partnership with The Highland Council and will take place from 19-27 November.  It will open with a brand-new musical commission, Buaidh nam Ban, by Mànran singer and TV presenter, Kim Carnie, celebrating the life and works of women bàrds including Màiri Mhòr nan Òran and will culminate in a night of special concerts in Strathy, Raasay, Kilmuir and Inverness.

Other highlights of this year’s Blas include young folk band, Eabhal, along with Gaelic singer, Deirdre Graham, in Lochcarron; Tim Edey and Ross Ainslie in Arisaig; west coast folk group Dàimh in Gairloch; Gaelic singer Norrie MacIver and young trio, Hecla, in Strathdearn and Strathy; Celtic Praise in Inverness Cathedral with John Murdo Martin and Isobel Ann Martin; and husband and wife duo, Fionnag NicConnich and Brian Ó hEadhra in Lochinver and Applecross with their family and Emma MacLeod, a Gaelic singer from Scalpay, who went viral on Twitter during lockdown with her stunning contribution to #CovidCeilidh, was started by Highland fiddler, Duncan Chisholm.

The full programme of events can be found at www.blas.scot along with details of how to purchase tickets.