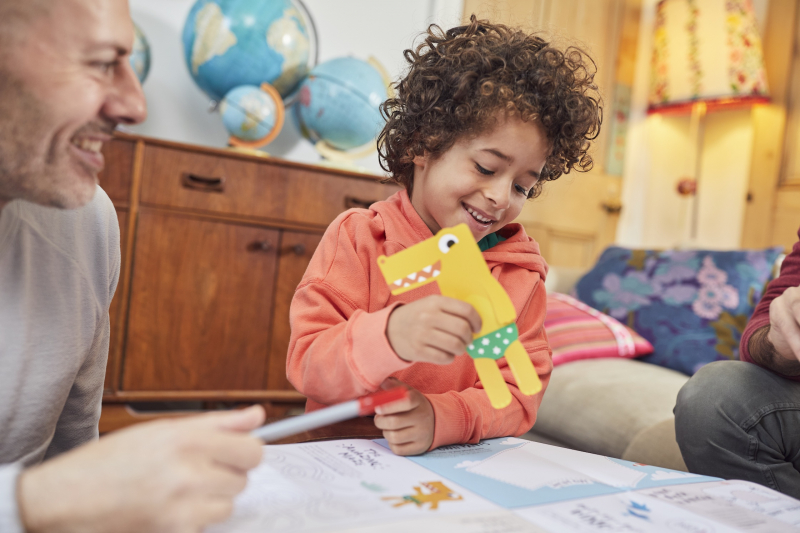 A campaign to help protect young children from sexual abuse is being launched today (Thursday October 28) in Orkney, Shetland and the Western Isles by NSPCC Scotland and the islands’ protection committees.

The partnership has been set up to deliver the NSPCC Talk PANTS campaign, which gives parents, carers and professionals advice on how to have simple, age-appropriate conversations with children about sexual abuse.

With the help of a colourful animated character, called Pantosaurus, it helps children understand that their body belongs to them and to recognise when something is not okay and how to tell someone.

Each public protection committee will have local PANTS champions, who will be trained to deliver the campaign messages and resources to other professionals and families through webinars and workshops. A PANTS guide for parents has been translated into Gaelic for distribution in the Western Isles.

Mubashar Khaliq, Local Campaigns Manager at the NSPCC, said: “Each year in Scotland, Police record more than 5,000 sexual offences committed against children. It is crucial that we do all we can to help prevent abuse from happening in the first place.

“The Talk PANTS campaign is about helping start difficult, but vital, conversations with children from a young age about sexual abuse and their right to be safe."

“NSPCC Scotland has produced Gaelic translations of some of the resources to be used by parents, carers and children, which is a fantastic addition to the campaign for us here in the Western Isles.

“What we want to do is to use the fun, age-appropriate messaging and activities, provided by NSPCC Scotland, to encourage conversations which will help to keep our young children safe from abuse. It’s a preventative initiative which has been used successfully for over a decade around the country, and I am delighted that we can support its use in the Western Isles.

“I would encourage anyone who works with or cares for young children to engage with this campaign and have a look at the materials available.”

Tam Baillie, Chair of Public Protection Committees in Orkney and Shetland and the Western Isles, said: "It is great that we are able to conduct this campaign on a pan-island basis.  It demonstrates there are common issues for keeping children safe in island settings, whilst valuing the differences in each of the local campaigns.

“I love the age-appropriate approach, using rhyme, dance and song to bring home serious preventative messages.  I expect the campaign to heighten awareness of sexual abuse and increase the safety of our youngest children - and to have fun whist doing it."

The campaign is being launched at a virtual event today (Thursday October 28), where people who work with children and families on the islands will hear from each of the committees, as well as a woman who was sexually abused as a child and Stuart Allardyce, Director of Stop It Now! Scotland (Lucy Faithfull Foundation).

Parents and professionals can find out how to Talk PANTS here. The adult guides include ones for foster carers and parents with learning disabilities.

Anyone with concerns about the welfare of a child can call the NSPCC’s free and confidential helpline on 0808 800 5000 for advice.