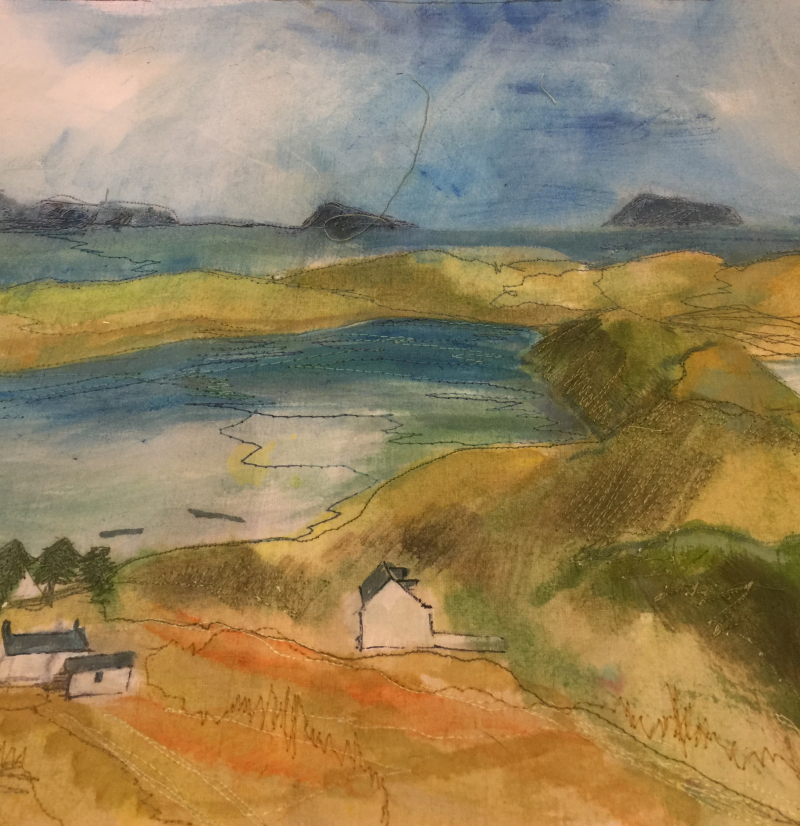 An exhibition set for display in Orinsay Village Hall over just three days of November will open up the quiet beauty of Pairc for admiration, discussion and memory, according to the artists.

Kershader textile maker and designer Emma Mackenzie and pencil artist David Simpson, who stays in Garyvard, are collaborating on Lived Landscapes, an off-the-beaten-track show to encourage wider appreciation of their home district.

David, a retired graphic designer, is learning to draw with coloured pencil and has been inspired to explore and record some of the old deserted croft buildings of the district.

He said: “I have been trying to get an idea of the story behind these buildings and in the process of that I met Emma, who makes landscape pictures in hand-dyed textiles which she embroiders over.

“We have a mutual interest in the landscape, so we spent some time talking about the buildings and the landscapes and decided we could use our work to promote Pairc, which is not well-known even by people within Lewis.

“Even though there are so few people living here, there are a lot of creative people, but they tend to do their work quietly and without much fuss. People don’t know much about Pairc, what happens here and what is made here.” 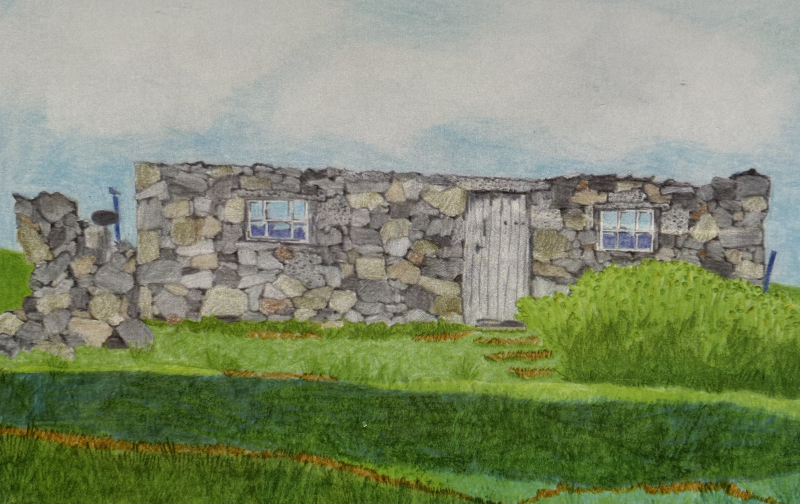 When Emma and David decided to collaborate, their idea was given a boost by an offer from Iain Nicolson, who helps to look after Orinsay Village Hall.

David said: “It’s a beautiful little village with stunning views and this village hall which is not tremendously well-used, but is a wonderful facility. We went to look and felt that we could use it for an exhibition.”

As well as newly-created work by both artists, the exhibition will feature artefacts found or given from locations within Pairc, within houses and from the shore. They include a broken stoneware jar from a house which David has drawn, and an intact milk bottle from Joe Black’s Dairy in Stornoway, which he found wedged in a gully on the loch shore.

He said: “Our idea was to let people have conversations around these objects and share their own memories. People have already started giving me ideas before the exhibition opens.

“I have a wooden fish box which says ‘return to Lochinver’ on the outside, and a small piece of wallpaper from a house where it was pasted over the v-lining to beautify the home, but I have been told that, when people couldn’t afford wallpaper, they would use newspaper just to provide some insulation on the walls.”

Exhibited alongside the artistic works, it’s hoped these artefacts will open up discussion about time, home and place, expanding the ideas within the Lived Landscapes exhibition.

• Lived Landscapes: Time, Home and Place is an exhibition of creative work by Emma Mackenzie and David Simpson inspired by Pairc in the South Lochs region of the Isle of Lewis.

It is open from 11am to 4pm on Friday 5 and Saturday 6 November at Orinsay Village Hall, Pairc, Isle of Lewis.

The pictures show an embroidery on hand-painted natural fabrics by Emma Mackenzie, a pencil drawing of an old byre in Habost by David Simpson, milk bottles found on the shore of the loch in Pairc and a net curtain from a derelict croft house in Orinsay. 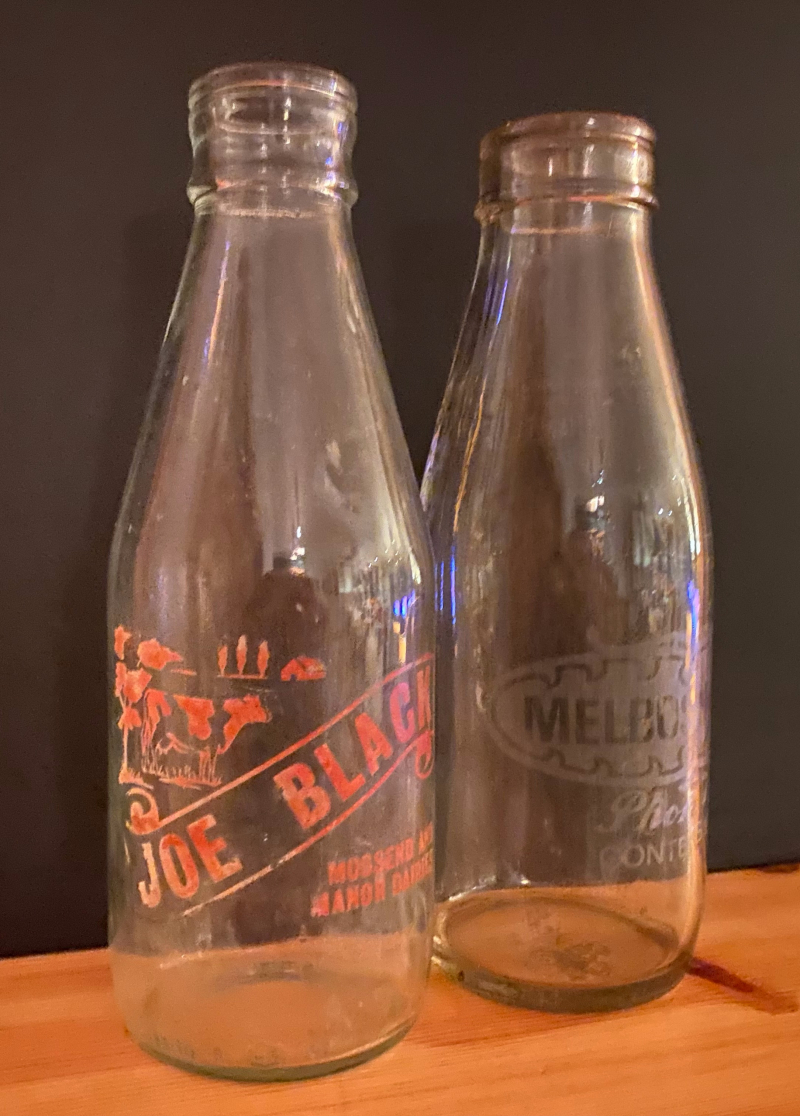 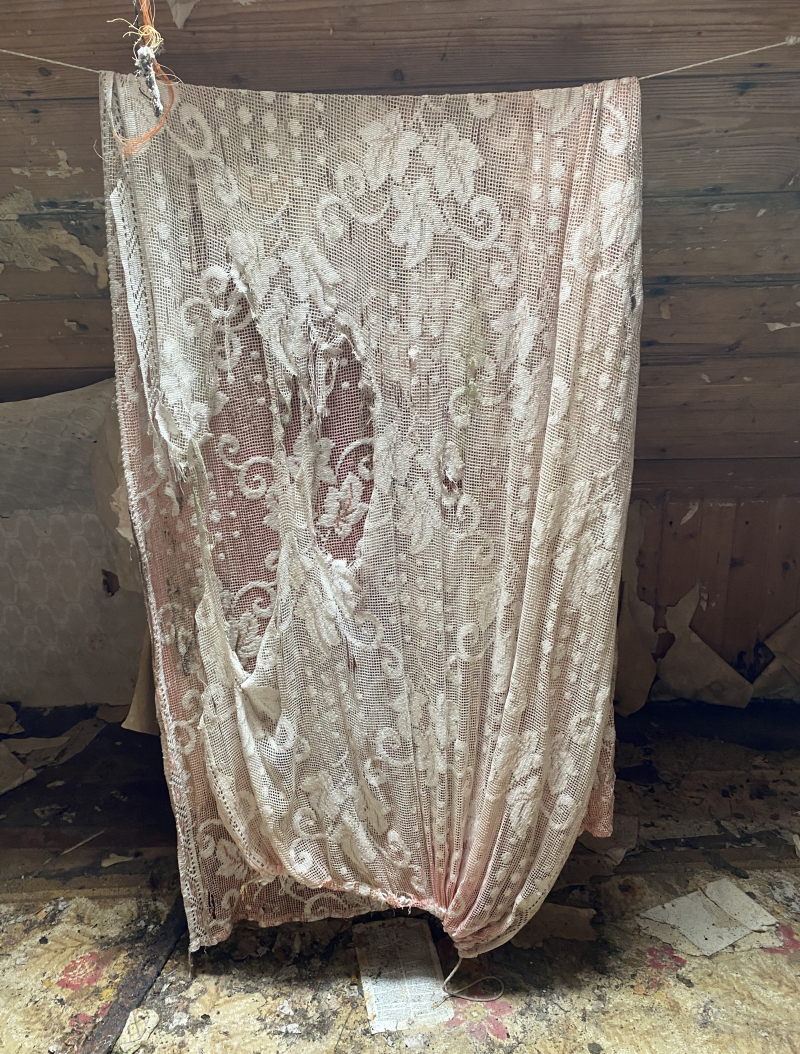