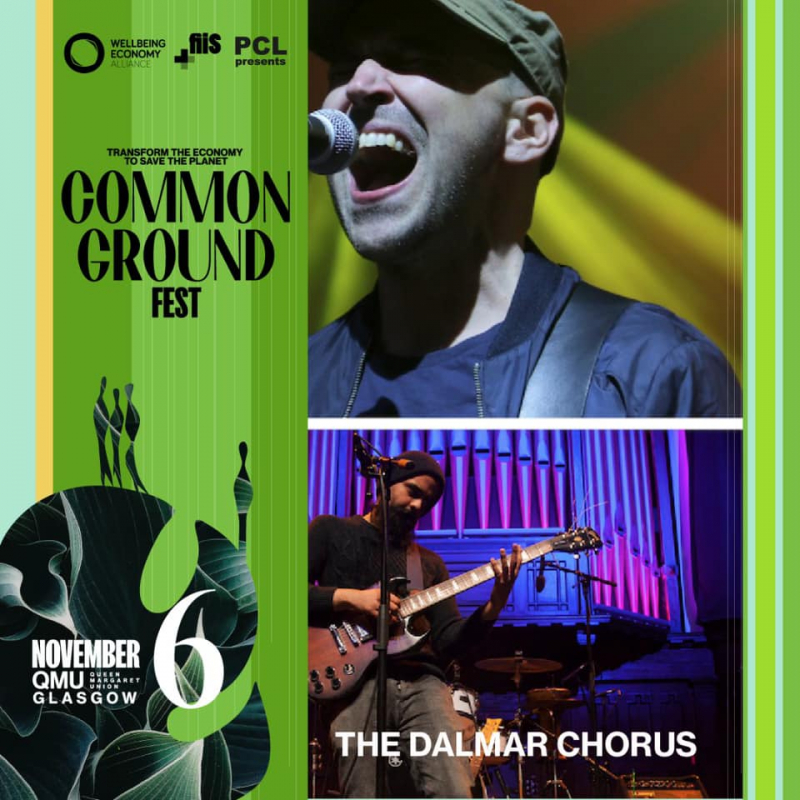 Lewis musician Willie Campbell is to participate in a festival of art and music being held alongside the world-shaping events of COP26 in Glasgow next month.

COP26 will bring together thousands of legislators, politicians and journalists to make decisions about our collective future and the idea behind the Common Ground festival is to create a space to include everyone in these conversations.

Willie will be one of the artists taking part in Common Ground, collaborating in a band called Dalmar alongside Scottish/Indian artist Kapil Seshasayee from Glasgow.

Dalmar is a Gaelic word that means bold, forward or audacious and with Willie’s track record alongside that of new artist Seshasayee, whose debut album A Sacred Bore explored the horrors of the Indian caste system both in India and abroad, there’s a huge amount of cultural territory to explore.

Announcing the news today (Monday 11 October) Willie said: “I’m really so happy to be taking part in this cracker of a free event with Pat Kane, Fratellis, Sacred Paws and loads more. It’s free and you can get tickets here. https://www.commongroundfest.org/

“Working with Kapil has been so good – such a great guitar player and writer. I’m looking forward to playing our songs on 6 November in the QM, the EP comes out on 5 October and we finally meet each other face to face at rehearsal on the 4th!”

Musically speaking, the two are not the most obvious of collaborators, but as part of Common Ground they've teamed up and are co-writing an EP exploring the wellbeing economy, and climate change.

Willie said: "One of the benefits of modern recording is that you can collaborate from anywhere. Kapil and I have been exchanging voice memos and rough demos of songs and stitching ideas together that way.

“The EP is going to be recorded and mixed before we’ve even met each other and we're aiming for release on Friday 5 November, the day before we play Common Ground Fest at QMU.”

Also in the line-up for the festival are artists like The Fratellis, Colonel Mustard and the Dijon 5 and Glaswegian singer-songwriter Kitti.

The Common Ground festival launch statement said: “We believe that art and music have the ability to effect change from the ground up and to shift the conversation.

“Because we can’t talk about the climate crisis without talking about the economy, we must advocate for a system that prioritises the health of the planet and its people above infinite growth and consumption.