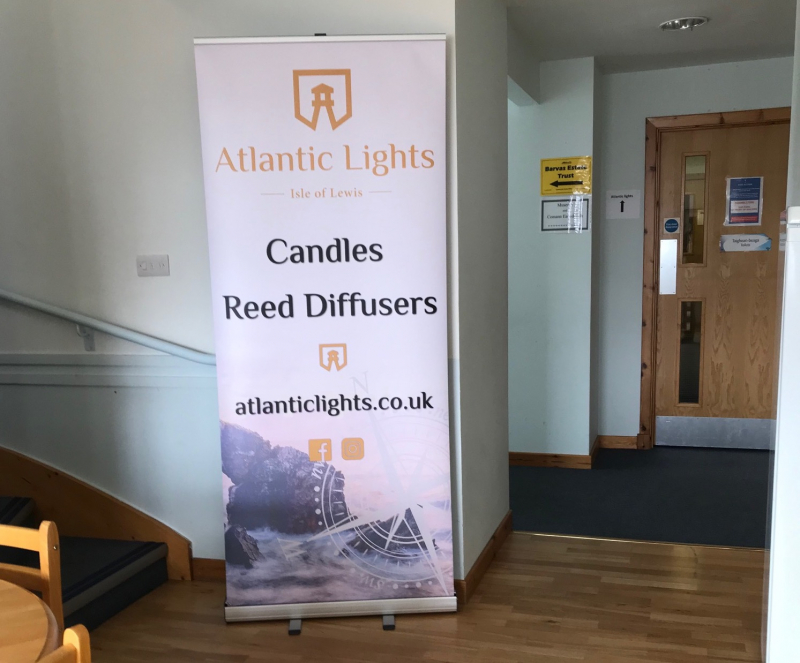 Innes Harrison had worked for around four days getting an order ready at his Atlantic Lights candle and diffuser business based in a unit in Ionad Na Seann Sgoil, the former Shawbost school building.

The three big boxes of products went out of the door of the unit just after 11am on Thursday August 19 to fulfil an order from a customer in Grangemouth, having been picked up by a Royal Mail van.

Innes expected to hear very little more about the order worth around £700…but instead he’s been able to think of little else since.

Just after 2am that Thursday, he was telephoned by the Royal Mail depot in Stornoway to say that two of the three boxes had fallen out of the van between Shawbost and Dalbeg – and although the driver had gone back down the road to find them, and some other items, those boxes had not been recovered.  A further unsuccessful search was also made later that same day.

Checks were also made at Shawbost Post Office to see if anything had been handed in there.

Considering the boxes were lost within a few miles and a few minutes of being picked up, Innes expected it would be straightforward when he filled in a claim form for the loss which the local Royal Mail office provided him with that day.

However, there’s more than one delivery organisation involved – and none of them believes they should take direct responsibility.  In this context, Royal Mail was acting as courier for Parcelforce…but Innes had booked the delivery through a third company called Parcels2Go.

There’s been a constant flow of messages back and forth ever since. 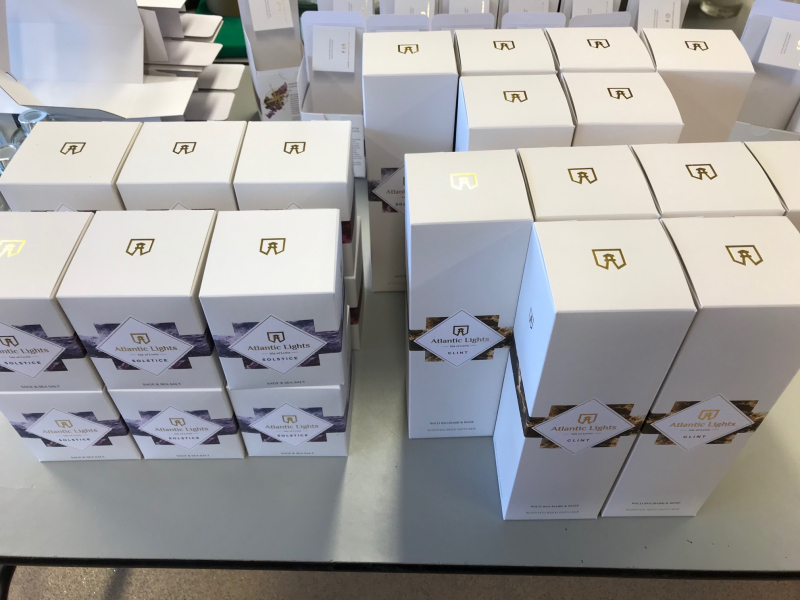 In summary, Parcelforce say: “As you have booked your parcel through a reseller of our services, I must regrettably advise we cannot accept your claim directly. Although I recognise you had selected the services of Parcelforce Worldwide, I must advise you to make direct contact with Parcels2Go to submit your claim accordingly.”

And Parcels2Go say they have repeatedly contacted the courier – that is Royal Mail – and received no reply.

Innes recalls that day back in August: “I had to phone the shop and explain her delivery had fallen out of the van and she was extremely understanding and would wait for me to remake her order. She also had a chuckle thinking of the sheep on the roads on the west side of Lewis checking out candles and diffusers if they had fallen on the side of the road and fell into a ditch.”

“I am not getting any help from anyone and as well as losing all the order, I had to remake the order with costs mounting.” 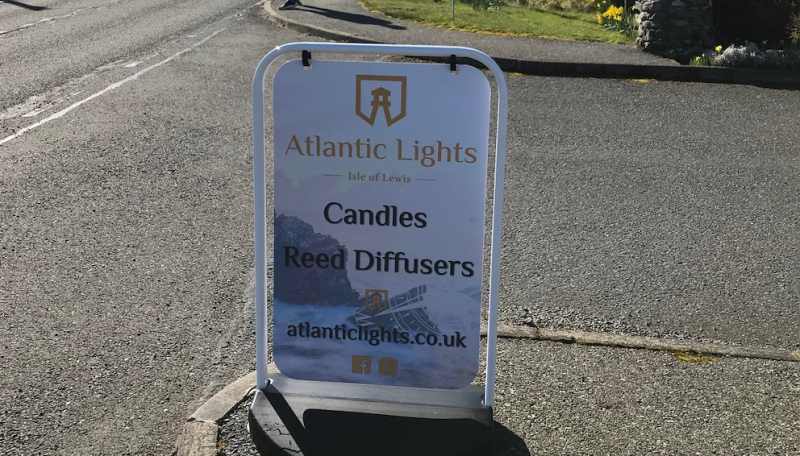 Atlantic Lights started out as a home-based business but, as Innes explains, they had to move to Ionad Na Seann Sgoil, as we became too big for the kitchen table and they were lucky to get a very good unit inside the old school. The photograph above shows the sign outside the old school.