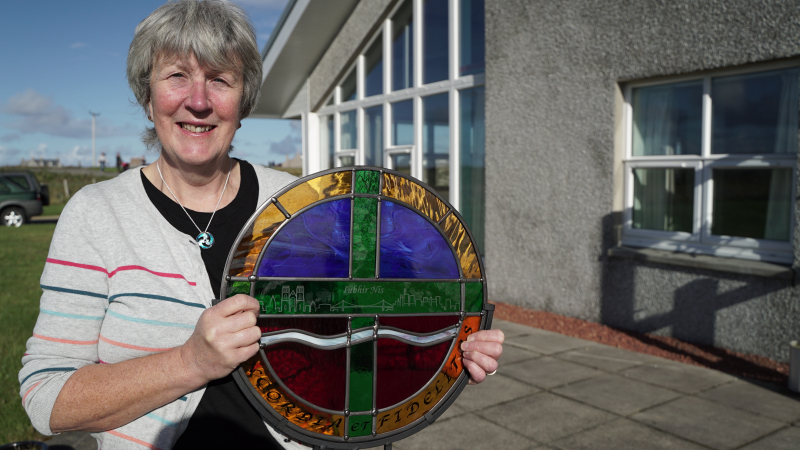 The Royal National Mòd makes its greatly anticipated opening this evening (Friday October 8)  and  to mark its opening, organisers An Comunn Gàidhealach have announced the Gaelic Ambassador of the Year.

The annual Scottish Government honour is being awarded to Agnes Rennie.

Agnes, who was born and raised on the Isle of Lewis, has been an active voice within Gaelic culture since the 70s and is best known for her important work as manager of Gaelic publishing house, Acair, from which post she recently retired.

She is the 14th annual recipient of the prestigious award supported by the Scottish Government to recognise and celebrate special contributions to Gaelic language and culture.

Agnes said: “It’s been a privilege for me to work with writers and share in the magic that leads to beautiful books, especially children’s books.

"Gaelic was my first language, and it has continued to be the thread that runs through most of the things I have done in my life. I am so pleased to have this special role for the year ahead.”

The Mòd’s joyous programme of performances and competition will kick off with a special launch concert at Eden Court Theatre this evening featuring performances from across the Gàidhealtachd, representing an emotional return to live music for many fans and performers.

Featuring music from new Glasgow band Staran, the famous Glenfinnan Ceilidh Band and Gaelic singer, Margaret Stewart, the evening promises to be a star-studded hootenanny with voices to raise the rafters.

Across the following eight days, the festival will combine face-to-face competitions and concerts, as well as a rich schedule of online performances to be broadcast throughout the week.

In addition to the competitions, a rich fringe programme is on offer including live music at Eden Court’s outdoor venue every evening.The Royal National Mòd is supported by EventScotland, Bòrd na Gàidhlig, The Highland Council, Events Scotland, The Scottish Government, HIE, Caledonian MacBrayne and SQA.

The Royal National Mòd will run from today until 16th October 2021.  View the full programme and purchase tickets now at https://www.ancomunn.co.uk/.