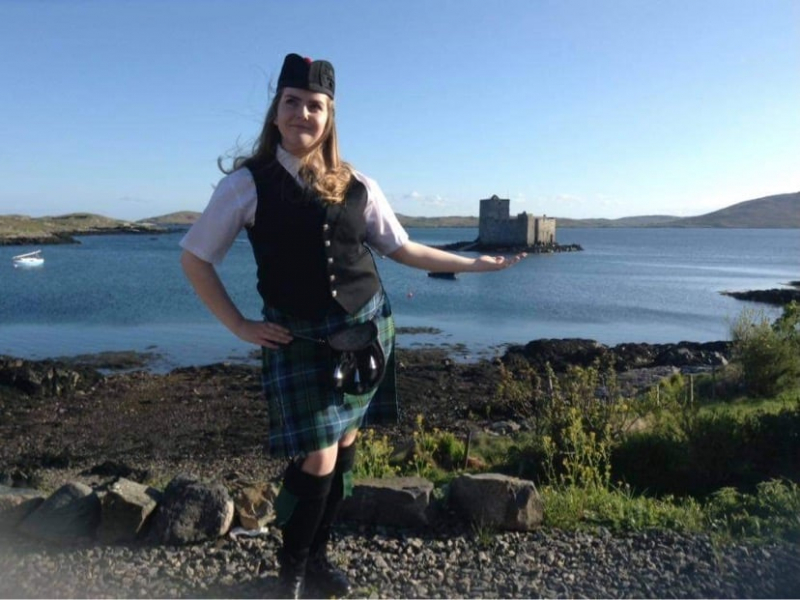 The death of Eilidh MacLeod of Barra shattered a family and a community, an independent public inquiry was told yesterday (Monday 27 September).

The inquiry was set up to investigate the deaths of 22 people who died in a bomb attack at Manchester Arena in 2017. Since last Tuesday specific details of the experience of each individual have been heard, including medical testimony and statements from families.

Yesterday afternoon Eilidh’s parents, Marion and Roddy MacLeod, attended the hearing in person, while numerous family and friends in Barra watched the livestream set up by the inquiry team.

The MacLeod family lawyer presented a pen portrait of Eilidh, which included tributes to her loving family life and her sense of fun and humour.

Margaret McNeill, Eilidh’s aunt and godmother, described Eilidh as ‘a beautiful girl inside and out’ while her aunt, Catriona McNeill, said she was ‘kind, loving, funny and absolutely gorgeous.

Cousin and godfather AJ (Tony) McNeill said Eilidh was: ‘Quite simply a shining light in our lives.”

Lawyer Shane Smith also read tributes from her friends and teachers. They described what a good friend she was to them and the fun they had together, one saying that she had a ‘beautiful heart and beautiful soul.’

People remember how she made them laugh with her cracking sense of humour and infectious laugh and that she really cared about others and was helpful and loving.

Suzanne Forman, head teacher at Castlebay Community School, said: “Eilidh was just so vibrant ... she was an absolute asset and vital member of that year group and is sadly missed.”

After family and medical evidence had been heard about the events on the night, inquiry chair Sir John Saunders summed up what he had learnt of Eilidh MacLeod.

He said: “Eilidh lived on the beautiful island of Barra and the beauty of the surroundings where she was brought up shone out in her personality.

“She was described by her mother in the video that we saw (on 14 September) as being shy when growing up, so it might seem extraordinary that she took up the bagpipes. Hardly an instrument for the shy, you would think.

“But that is perhaps another reflection of a personality that others commented on: that she would have achieved anything she set her mind to. She enriched the lives of many.”

The picture is from Eilidh’s Trust, a charity set up in memory of Eilidh MacLeod to support music education for children and young people