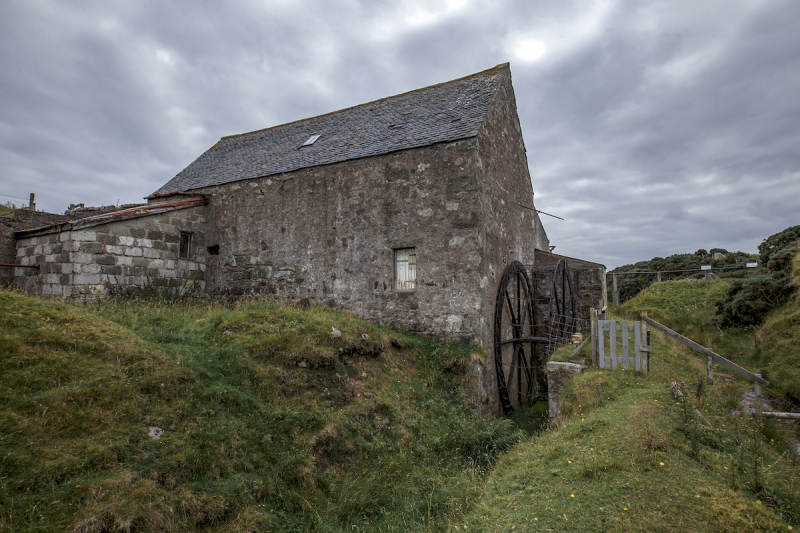 Hopes are rising of a new community-owned future for the historic Garrabost Mill at Claypark on Point.

The Garrabost Mill Trust held their first Open Day on Saturday 4th September, having invited members of the public to visit and find out more about the Mill.

The Trust was formed as a charity in 2020 and has been working together with Mill owner Graham Morrison to preserve and maintain this fascinating site of historical interest.

Following community consultation and feedback, plans are in place to record memories and local insights of the Mill during its heyday. Ultimately it is hoped that funds will be raised to allow the Mill to be community-owned and retained as an important piece of local history.

Built in 1893, the Mill was water powered from a nearby stream, Allt-nan-Gall and was designed to mill crops of oats and barley into a fine flour for local crofters.

Water-powered until 1908, a paraffin engine was fitted to ensure reliability and the Mill remained in full commercial operation until 1956 and it has been in regular operation for many years since then. Less than 20 years ago, bags of flour milled at Garrabost could still be bought at the Co-operative Food Store. 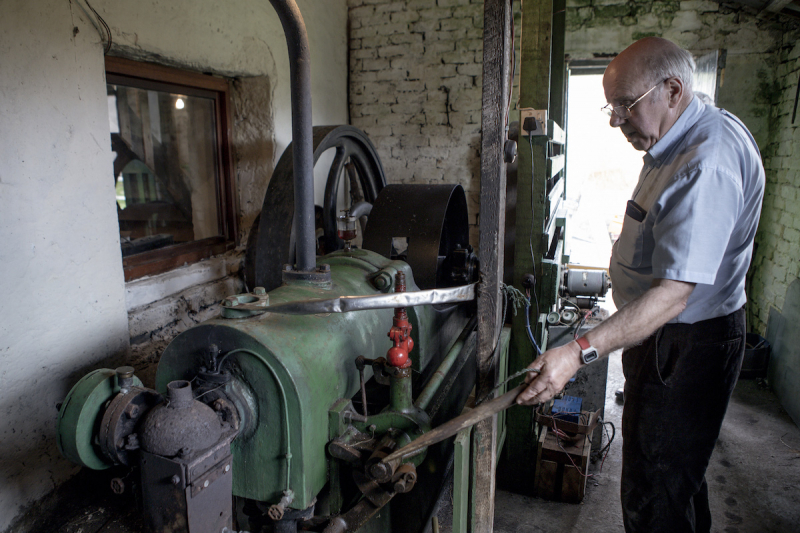 The Mill has been in the Morrison family since 1914 and Graham Morrison acted as a knowledgeable guide to visitors at the Open Day supporting the Trust and volunteers to show the Mill to the public.

The Mill retains many features of its busy history, including its Simplex engine, thought to be the only one of its kind still in running order. The present state of the Mill is testament to Graham’s careful curation and the Trust is grateful for his support in running the Open Day.

Graham in turn has wished the Trust “every success in their endeavours” to preserve the Mill as a community owned asset.

It is the hope of Trust Chairman, Brian Chaplin that this first Open Day marks the beginning of an exciting new chapter for the Mill.

“The Garrabost Mill Trust is very keen to develop the Mill as an important working example of local crofting history.

"Many in our community remember taking the barley grown on their croft down to be milled, it’s a living memory and it’s important to us as a Trust to record and retain that connection”.

In addition to the support of the Mill Trust’s voluntary committee members, and the essential help of Graham Morrison, Point and Sandwick Trust (PST) are also lending support to the vision for the Garrabost Mill.

PST Community Consultant Alasdair Nicholson is working to secure funding for the project while Tony Robson is using his engineering expertise to support potential development planning.

Brian Chaplin added, “We do not see the future of Garrabost Mill as being run as simply a museum but are excited to see it maintained and protected as an important link in our local history, to be enjoyed and valued by generations to come”.