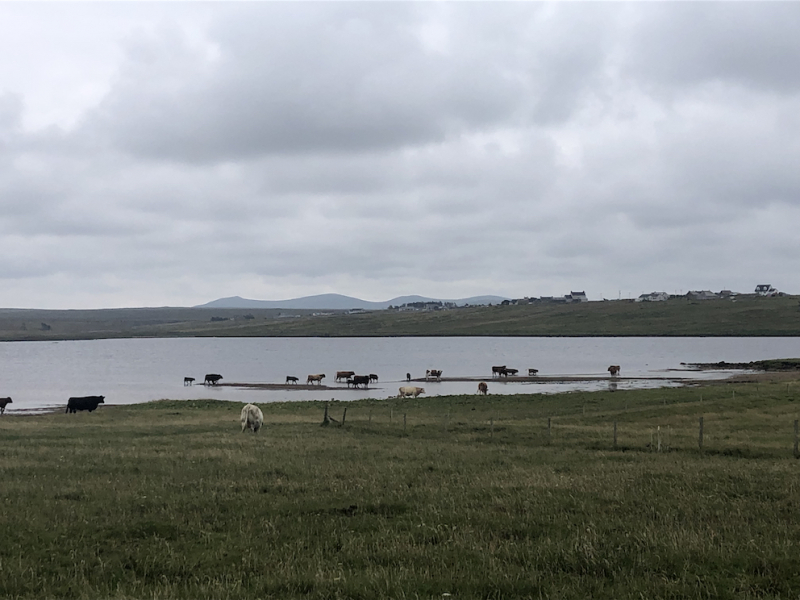 The Scottish Crofters Union has again publicly thrown its weight behind a modernised pro-active vision of traditional crofting with a fiercely worded open letter to those leading the Crofting Commission in Inverness.

The SCU outlines what it sees as the modern catastrophe enveloping crofting which will leave the Highlands and Islands as a tepid copy of everywhere else.

They say: “Crofting, as a unique form of regulated land management…will be lost if left on its current trajectory.

Looking back SCF says: “In 2008, Professor Mark Shucksmith, chair of the Committee of Inquiry on Crofting (CoIoC) commented: ‘Fifty-four years ago the Taylor Committee argued that crofting was worth preserving for its own intrinsic quality.

‘We believe on the basis of all the evidence that we have heard that the potential contribution of crofting is even more important, nationally and internationally, than was realised half a century ago. The national interest today demands much more from the countryside than the post-war imperative of expanding food production.

“Scotland requires a well-populated countryside which sustains a diverse and innovative economy, attracts visitors, cares for natural habitats, biodiversity and carbon stocks, and sustains distinctive cultures. Crofting has had success in relation to these objectives, and – given the right support – has the potential to contribute much more.’

The SCF says that “what we want is crofting legislation that enables the system to develop and thrive.

But “what we see is crumbling, ineffective law that restricts the effective regulation of crofting, leaving it to wither.

“Law reform has been widely called for, for many years, yet crofting was only referred to in passing in the Programme for Government and progressing crofting law reform did not appear at all.

“We want an empowered, resourced and tasked commission investigating and enforcing breaches proactively, rather than only responding to a complaint from a restricted few.

“But what we see are many hundreds of neglected or completely abandoned crofts. The commission seems to have become solely an administrator rather than an effective regulator of crofting.”

There is no reference to any time when they believe the Crofting Commission, or its predecessors, actually were effective.

The SCF asks a traditional question: “What is preventing the commission from having some proactive, on-the-ground activity – for example, one-to-one advice or community asset planning?”

Then they outline their vision and the challenges facing it: “What we want is crofts being passed on to new entrants at a minimal price and then being used. But, what we see is young and local folk excluded by exorbitant prices of both crofts and tenancies; crofts bought by people who have no intention to croft or lack the qualifications and experience to do so; crofts occupied for only short periods of the year and not used as crofts; crofts assigned to those who already have multiple crofts; crofts assigned to landlords or their close relatives to take back ‘in hand’ as part of the estate; crofts bought by individuals or companies as development land.

“Crofting is a regulated system; everything in crofting is regulated – except for the market in crofts and croft tenancies.”

And they demand more answers.

“What is stopping the commission from regulating the transfer of crofts, to ensure that crofts are transferred to those who are needed by crofting – those who will use them, young people, local people, new entrants?

“How can the commission use its position as regulator to intervene in the market – for example enforcing regulation, or taking the position of ‘honest broker’ (managing the transfer of crofts), using a targeting system such as that used in the CHGS?”

“What we want is the creation of thousands of new crofts, including 50% woodland crofts, and ministers freeing up publicly-owned land to create crofts.”

And they finish with a warning from the Committee of Inquiry on Crofting which said in 2008: “Unless there is a better balance struck than at present, giving wider interests, especially those of future generations, precedence over individual gains, crofting will ultimately disappear, and its potential contribution to sustainable rural development will be lost.”