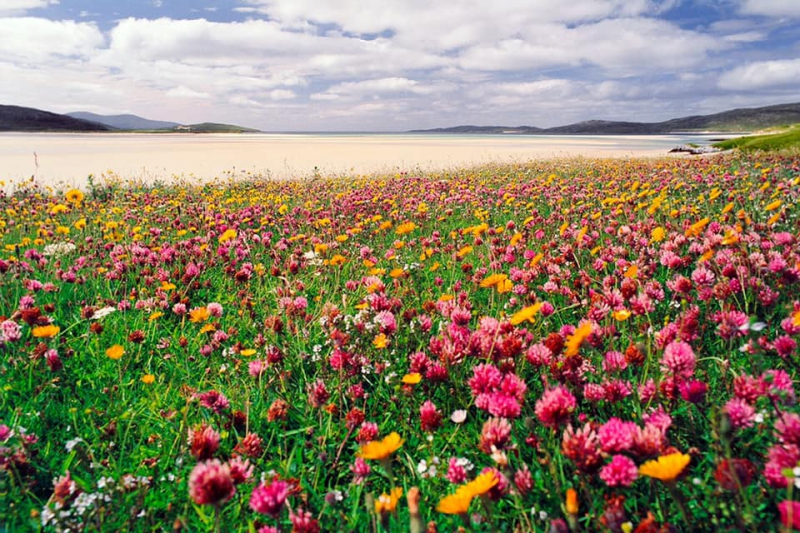 Tourism and battle over Luskentyre

Huge questions are being asked of official development policy across the Western Isles as a tsunami of protest arises over plans for the installation of a development of eight glamping pods on land at Croft No.1 Luskentyre.

It’s been officially assumed for years that development of ever-more tourism is a good thing…it’s part of the “Think Big’ approach that’s given the islands the decades-long battles over the proposed Lingerbay Superquarry and the vast panjandrum of the Lewis windfarm projects.

These schemes will, the official documents and polices tend to state, ‘save’ the Islands.  But will they?  Or is that not going to be done by the year-round local business of companies with national and international sales like Harris Tweed Hebrides; BASF Callanish; Essence of Harris; Isle of Harris Distillery; Stag Bakeries and Ishga to name but a few. Does the focus on tourism not limit or even destroy the accommodation chances of people seeking to stay here to work, or move here to work?

Unfortunately, there’s no effective forum to raise such strategic questions so battles are fought around specific planning applications.

Lined up now against the development of eight glamping pods on land at Croft No.1 Luskentyre, are a whole range of local objectors including South Harris Community Council; West Harris Trust; and the owners of Borve Lodge and the Isle of Taransay, Cathra and Adam Kelliher.

Permission was already granted in May 2020 for a development of three pods on the same land. The new, larger development is for seasonal use (over six months of the year) of holiday accommodation in pods which are intended to be placed on grassland above the shore. As well as the eight pods, a permeable parking and turning area is planned, as well as a treatment plant for the waste generated from the pods. 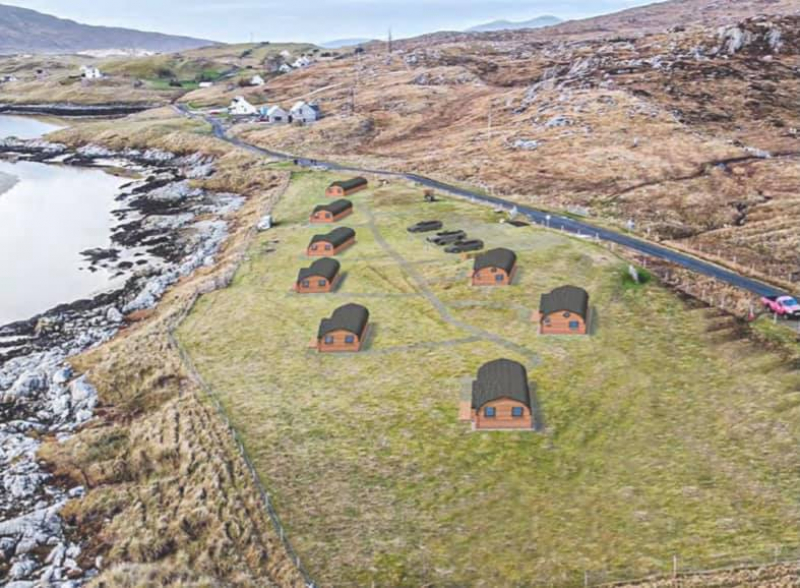 According to the application, the land has also previously been used as a touring caravan and camping site and is currently unused grazing land.  However, comments made on Facebook by people living locally claim that previous applications for camping sites there had been refused.

Although the time for further public objections had passed, a new community campaign started on Thursday 2 September, with a campaign Facebook page at

Now more than 8,500 people have signed a change.org petition against the plan.

Typical of the comments on the Facebook Page is: “The impact on the environment has been highlighted…however there is also the impact on people and the community, not to mention the wider implications. Are the islands to exist only to satisfy the insatiable greed of tourism which is turning us into a nightmare holiday park where the needs of the local population are being stifled in order to keep an itinerant population happy? We deserve better than this.”

The planning application was put forward on behalf of applicant Andrew Bartlett of Tarbert by Edinburgh-based development company Glampitect, whose mission is to ‘support anyone with a passion for glamping or an eye for an additional income.’

Of the official bodies consulted on the application, Scottish Water has warned of potential conflicts with existing assets and has said that they will not accept surface water connections into their existing sewer system.

The Comhairle’s archaeology service comments that the proposed project has ‘low level impact’, but the county archaeologist said: “The nature of the formation of the machair is something that must be of consideration with regard to the historic environment.

“The windblown nature of the dunes sand can mask buried deposits and … in order to ensure that the archaeological potential of the site is taken into consideration by the developer the Archaeology Service recommends a program of archaeological works.”

Scottish Natural Heritage said that the whole site, except a proposed overflow car park, is within the Luskentyre Banks and Saltings Site of Special Scientific Interest (SSSI) as well as within a National Scenic Area.

But they said: “In this case, the scale and nature of the development are such that we do not consider that the special qualities of the NSA will be adversely affected.

“Nevertheless, the field is likely to be floristically diverse. We therefore recommend that there should be adjustments to the proposed layout to minimise impacts upon the areas of greater botanical interest.”

The plan is timetabled to be discussed by Comhairle nan Eilean Siar’s planning committee on 28 September.