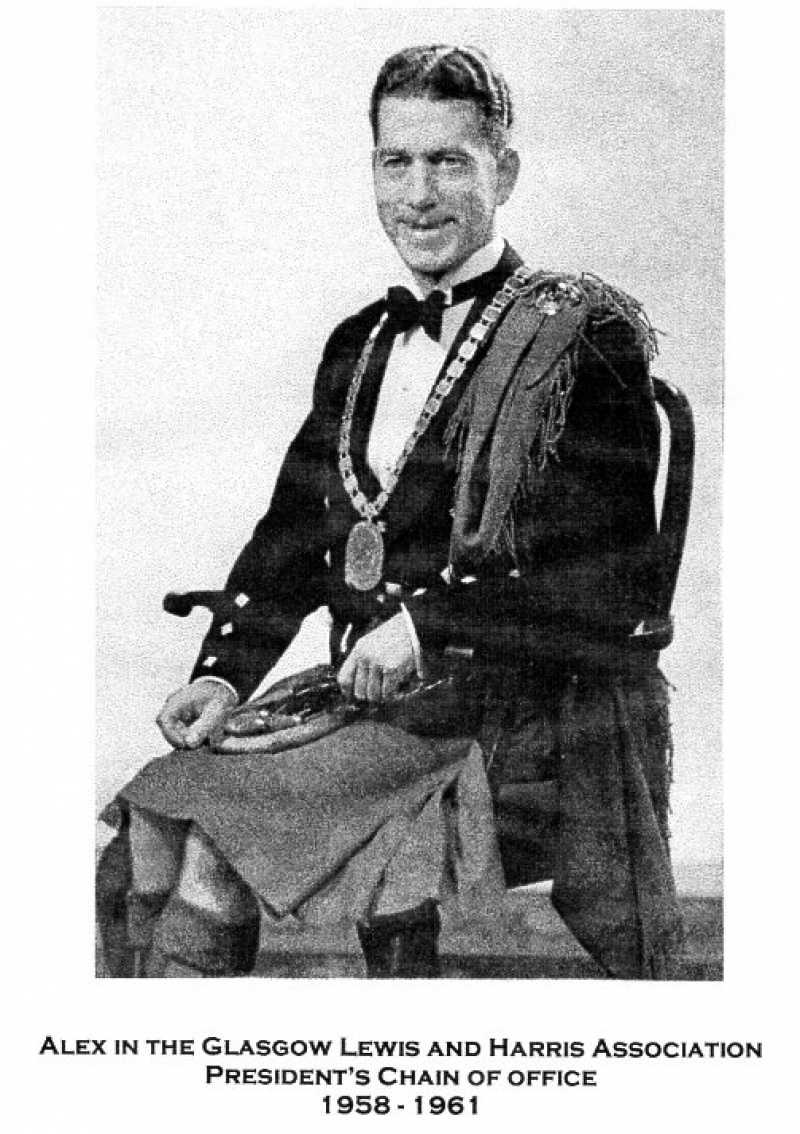 The Lewis and Harris Piping Society intend to resume their programme of regular live recitals on Friday, October 1 at 7.30pm with an evening in Lochs.

The Society have invited Pipe Major Roderick J MacLeod MBE from Glasgow, who has strong family connections with Kinloch, to be the main guest for the evening in Kinloch Community Hub, Old Balallan School.

Roddy has agreed to include in his programme a selection of tunes composed by the late PM Alex M MacIver who also had very strong family links with Kinloch.

Pipe Major Alex MacKenzie MacIver, the son of John MacIver (Iain Mhurachaidh) of 12 Laxay and Catherine MacKenzie (Catriona Mhurachaidh Sheorais) of 4b Achmore, was born in Glasgow. On his return from service in India in 1947 he joined the 214th Boys Brigade as pipe tutor and nurtured generations of aspiring pipers over many years, including the likes of Iain MacLellan of Glasgow Police Pipe Band and Robert Wallace, former Director of the College of Piping.

He composed many tunes across the whole spectrum of pipe music: slow airs, marches, strathspeys, reels, hornpipes and jigs. The names he gave to many of his tunes reflected his strong Hebridean heritage, such as Achmore Loch, The Laxay Poachers, The Kyles of Scalpay and the Ullapool Ferry.

Alex MacIver was also very involved with the Glasgow Lewis and Harris Association, serving as President from 1958 to 1961. He was also instrumental in reviving the Oidhche Challain annual concert for the Association’s winter programme in 1947.

Alex died suddenly at his home in Glasgow on May 27, 1989. In 2011, as a tribute to his former tutor, Hector Russell catalogued approximately 30 of his compositions, and was kind enough to donate these tunes to Kinloch Historical Society, to ensure their availability to island pipers in the future.

Playing some of these in Balallan will be Roddy MacLeod, one of the best-known pipers in the world. His paternal grandfather came from Laxay and grandmother from Balallan. His father Callum was known in Balallan as Callum Peigidh an t-Shaoir.

Roddy was taught by the legendary Duncan Johnstone who was known as “King of the Jigs”. He has won all the major professional piping competitions, many of them several times, over the past 40 years. In 1995 he was appointed the first Director of the newly-established National Piping Centre, a position he held successfully for 25 years. He was also the founding director of the internationally-renowned Piping Live festival held annually in August in Glasgoow.

For many years Roddy was one of the appointed pipers to the Glasgow Lewis and Harris Association, playing regularly at functions and ceilidhs, He knew Alex MacIver very well personally.

Roddy served for several years as Pipe Major of the Grade 1 Scottish Power Pipe Band. He now runs his own private piping business and promotes his own range of RJM bagpipes manufactured by David Naill.

Lewis and Harris Piping Society recitals have traditionally commenced with a young piper playing a few tunes while the main recitalist is tuning the pipes offstage. On this occasion, John Angus Graham from Bragar will get the evening going with a short selection on an interesting set of pipes. John Angus, whose mother comes from Balallan, plays a set of pipes that belonged to his grand-uncle John MacDonald known as “An Toad” who served in the Camerons in World War Two.

This recital has been planned for some time in conjunction with the Kinloch Historical Society but was postponed due to the Covid restrictions. Hopefully it can go ahead on October 1. The Bean Chathaireach for the evening is Maggie Smith, a member of the Historical Society.

“We would like to express our gratitude to Hector Russell Glasgow, who collated the extensive collection of PM MacIver’s compositions. Our thanks to the relatives of the MacIver family for permission to create the publication of tunes, being launched at the recital. Also the Lewis and Harris Piping Society for organising this recital in our area.”

Admission payable at the door is £10 for adults and free for juniors.