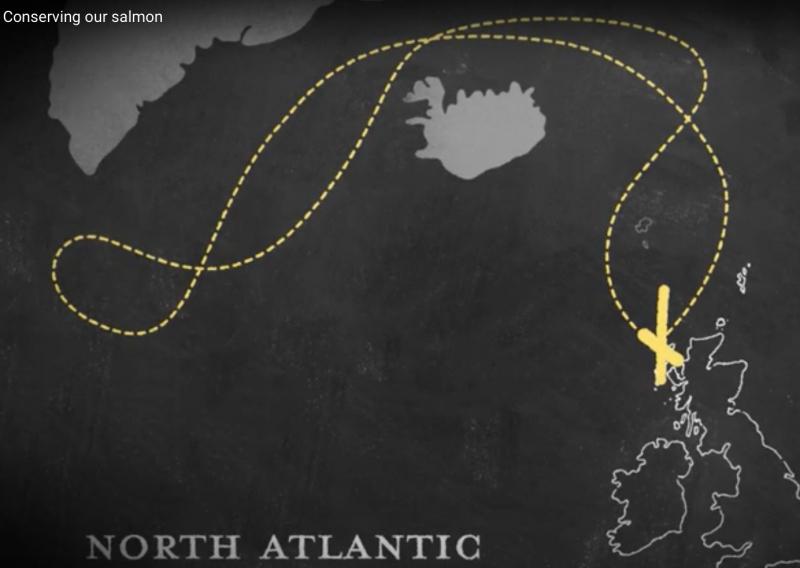 If approved, this would mean more stringent management of salmon stock within the rivers.

Wild Atlantic salmon make an epic journey around the North Atlantic before returning to Scottish river systems to reproduce, but in recent years the number of salmon returning to fresh water in Scotland has declined throughout their range.

The conservation status of stocks is assessed on a river by river basis. The conservation status of each stock is defined by the probability of the stock meeting its conservation limit over a five-year period. Rather than a simple pass or fail, stocks are allocated to one of three grades, each with its own recommended management actions. The data supporting the recommendations is supplied by local anglers as well as by government-backed scientists.

Today’s Marine Scotland proposals begin a consultation period which runs until 10 September, and suggest that eight river systems should be downgraded.

Five of the systems proposed for downgrading are in the Western Isles. In Harris, Abhainn Caslabhat and Abhainn Tamanabhaigh at Loch Roag are to be reduced from grade 2 to grade 3, meaning that exploitation is unsustainable and management action, including mandatory catch and release, is needed to reduce exploitation.

North Uist’s Loch Grogary, Loch nan Geireann and Loch Sgealtair systems, all at Mullanageren, Horasary and Loch-na-Ciste, are also to be reduced from grade 2 to grade 3, but the Horisary river in the same area is to be upgraded to level 1, meaning that exploitation has proved sustainable under non-statutory management interventions, so no additional management action is currently required.

The five river systems which have been downgraded are among eight across Scotland to see the same proposed action for the 2022 season, with the detailed figures behind the proposals available at https://scotland.shinyapps.io/sg-salmon-conservation-detailed/

To comment on the proposals, interested parties should submit views on the proposed gradings to: This email address is being protected from spambots. You need JavaScript enabled to view it. or write to Salmon and Recreational Fisheries, PO Box 24196, Edinburgh EH7 9GJ

Full detail on the proposals, including a video explaining the thinking behind the measures, is available at https://www.gov.scot/publications/salmon-fishing-proposed-river-gradings-for-2022-season

The graphic is a representation of the range of wild Atlantic salmon before they return to Scottish fresh water (Marine Scotland).