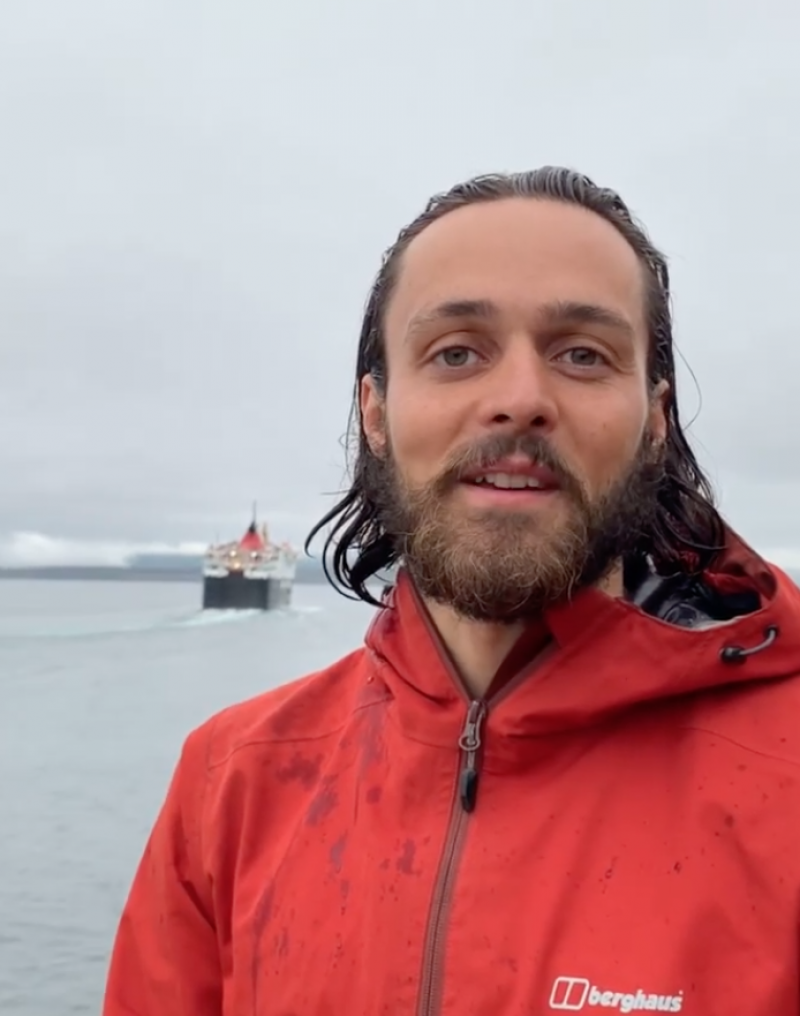 Tomorrow (Friday 30 July) sees the start of a mammoth fundraising challenge, designed to draw national attention to the sealife and marine health of the west of Scotland.

Adventurer James Armour will attempt to be the first person to swim, run and bike the 180-mile length of the Outer Hebrides, from the Barra Head lighthouse to the Butt of Lewis lighthouse, without stopping.

He’s calling his challenge The Selkie, after the mythological seal-folk who shed their seal skin to land in human form, much like his own transition from water to land along the islands.

The total distance is equivalent to a channel swim, an iron man challenge and a double marathon, all bound up into one.

Six swims make up 20 miles of swimming across the Sound of Berneray (one mile), Sound of Mingulay (two miles), Sound of Pabbay (three miles), one mile from Sandray to Vatersay and the two long swims, the Sound of Barra at six miles and the Sound of Harris, a final swim of seven miles.

James will be accompanied on the Sounds of Barra and Harris by the Western Isles’ own swimming king, Colin Macleod, who’s heading to Vatersay today (Thursday) to help in the first stages of the marathon endeavour.

Two legs of the race will be completed by bike – 60 miles along the Uists and 52 miles across Harris, from Leverburgh to Achmore. The remaining double-marathon will consist of five miles running in the southern isles, 18 miles around Barra and 36 miles from Achmore to the Butt of Lewis.

James plans to take on the challenge continuously, with only breaks for food and water and he hopes to raise £10,000 in funds for  the Mull-based Hebridean Whale and Dolphin Trust (https://hwdt.org/). He’s already three-quarters of the way to his target at https://uk.virginmoneygiving.com/JamesArmour

He’s been training for the challenge over the past year and has now arrived in Barra, from where he will head south for the beginning of the race. You can follow progress via his social media at https://www.facebook.com/JamesArmourr and on his own website at https://jamesarmour.co.uk/therace

“The Selkie is a race to raise awareness for the protection of these animals and for the beauty of the nature on the Scottish Coasts. Fundraising for the Hebridean Whale and Dolphin Trust has been this chance to give back, by supporting their marine mammal research and education.

“These seas are incredibly cool, packed with nutrients from Atlantic upwelling, life springs forth in all manners from the tiniest plankton to the largest whales. It is important that we protect and conserve these oceans, and the more we can understand about their inhabitants and the role they play in the ecosystem we depend on, the better justification we have for protecting them.

“The Scottish isles are a beautiful place. The nature, wildlife and scenery are what make them incredibly special, and The Selkie is an opportunity to share the beauty of these islands and encourage all of us to connect with nature once again.”

The picture shows James yesterday morning preparing for the start of his adventure and his race route map (freelance cartography). 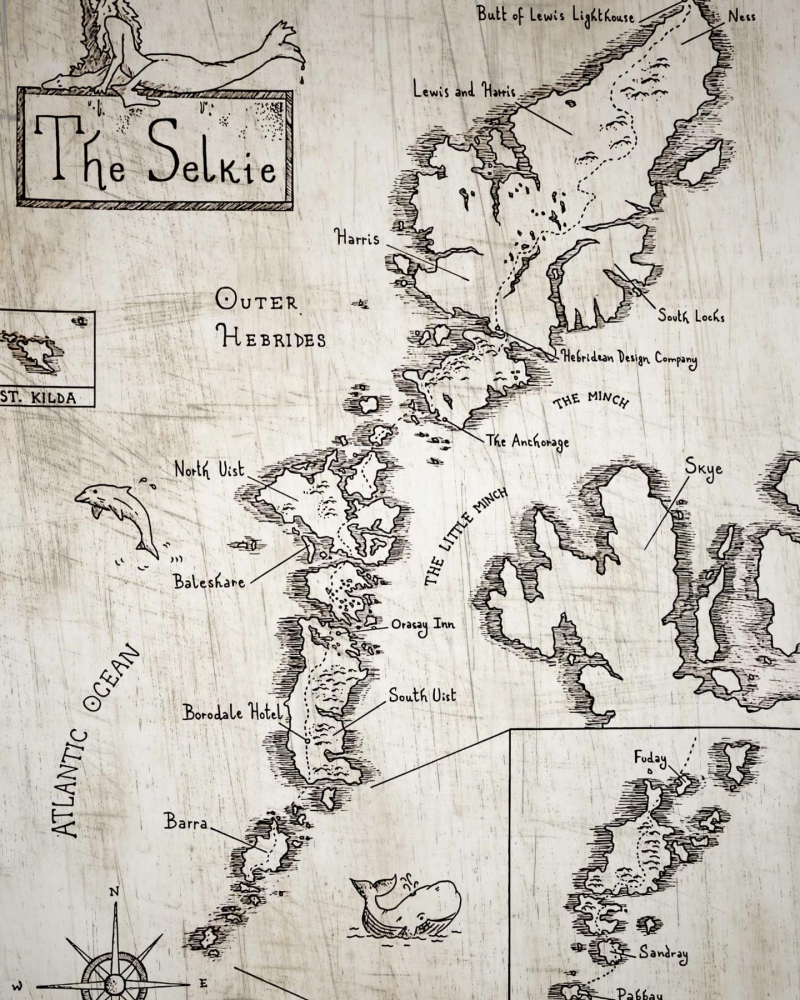