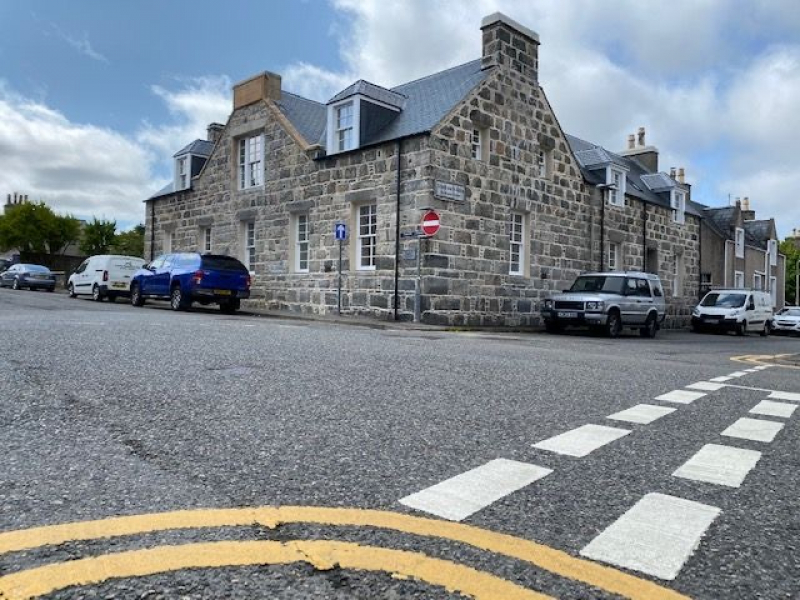 Historic building gets new use

The street corner of dereliction which once marred the junction of Scotland Street and Keith Street in Stornoway is no more with the completion of the transformation of the former Lady Matheson Female Industrial School into Lady Matheson Court with six flats for rent through the Hebridean Housing Partnership.

The work by Lewis Builders Ltd, who purchased the site from The Stornoway Trust about seven years ago, has won widespread praise.

The company explains that their staff worked collaboratively with HHP, the CnES planning department, Historic Environment Scotland, and others to explore the options, feasibility, and look at ways to develop this building, whilst maintaining as much of the historic character as feasible.

“As with any project of this type, it was much more complex than a standard new-build, so this took considerably longer to develop.”

Then Lewis Builders had to add into that mix the global pandemic when following Government guidelines meant that in order to protect the workforce, they stopped working immediately. 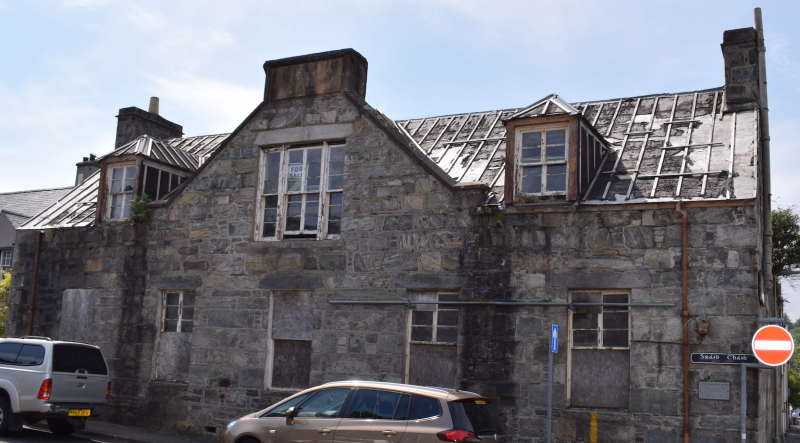 “The project started late 2019, and unfortunately came to a standstill in Spring 2020 in line with Government recommendations. When construction was allowed to restart later that year, we faced major challenges with material availability and, also the challenge of developing a new way of working that ensured the safety of our operatives.

“The building was steeped with character and charm, and the external façade has been carefully restored, with features such as sash and case windows and solid hand-made timber doors.

“The project presented many challenges along the way – however, we are absolutely delighted with the outcome,” the company says.

But Lewis Builders make clear this was the outcome of a long collaborative effort. “We would like to thank our hard-working employees, CnES Planning Department, HHP, Historic Environment Scotland, MJC Inspection Services and Maciver Consultancy for all the work that has gone into saving this very important building and preserving the streetscape of Stornoway.”

The final result is two 2-bedroom flats, and four one-bedroom flats, fully insulated with gas central heating, handed over to HHP, and which will be offered out on to the letting market.

Earlier this year the project was a finalist in the category for Excellence in Planning for Heritage and Culture at the Royal Town Planning Institute (RTPI) Awards for Planning Excellence 2021.

At the time, CnES Leader Roddie Mackay said: “Following 20 years of uncertainty, Lady Matheson's Seminary, an important part of Stornoway's heritage has been rescued for the benefit of the community and future generations. 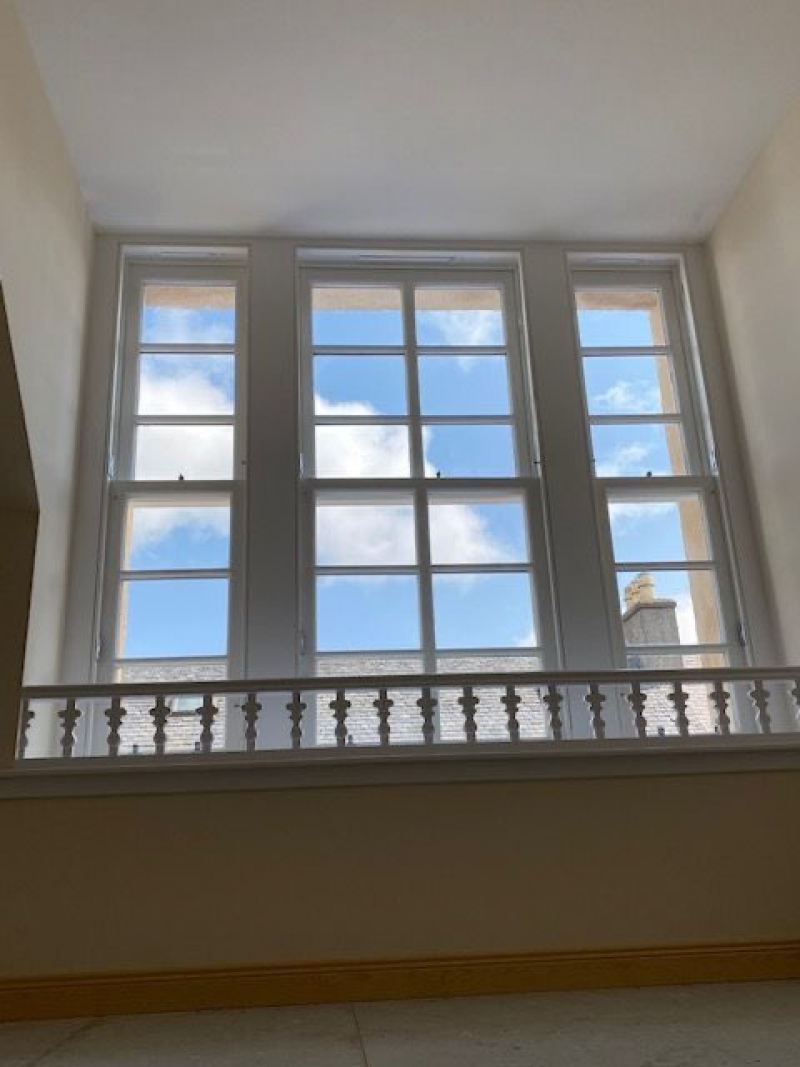 “Congratulations are due to Lewis Builders Ltd who took on the risk and had the vision for the building and worked with the Comhairle and Hebridean Housing Partnership to source funding to make the development happen.”

HHP Chair Iain Macmillan commented: “Seeing the potential in what looks like a ruin takes skill but doing something about it takes courage and commitment.

“We echo Roddie Mackay’s congratulations to Lewis Builders Ltd for going beyond the ‘seeing’ to the ‘doing’ and to the planners for enabling not only the restoration of part of Stornoway’s heritage but the provision of much needed affordable homes.” 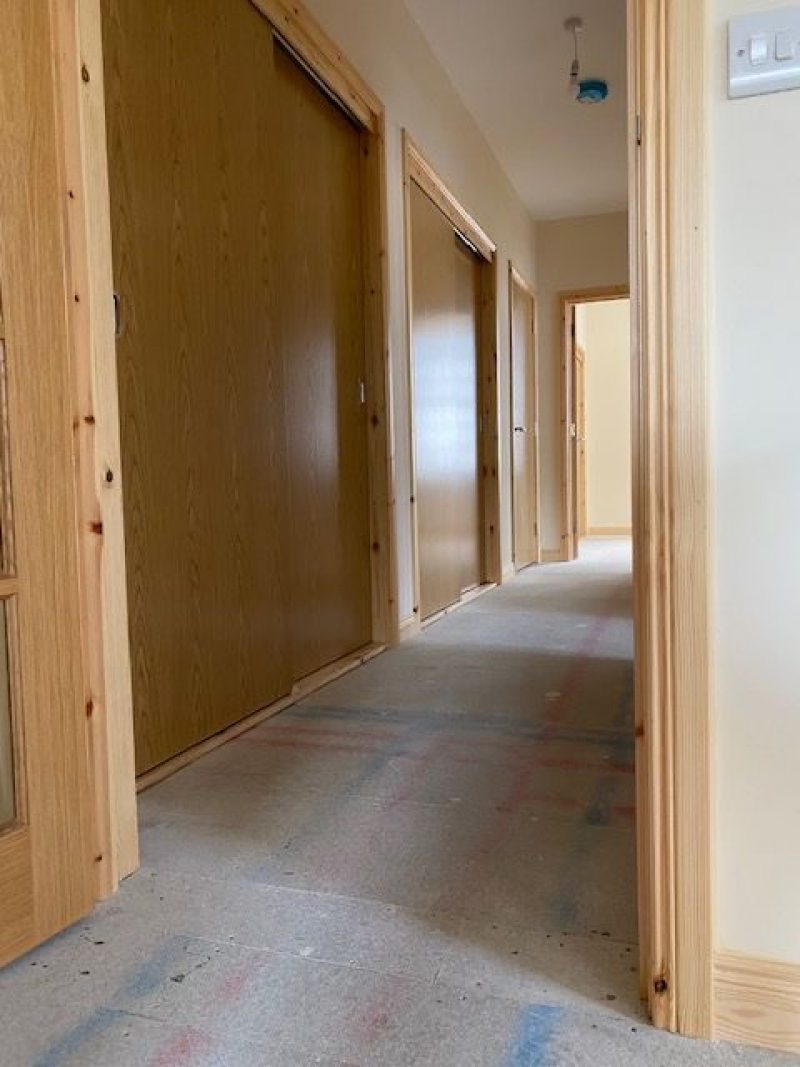 Dan Maclennan, Director of Lewis Builders said: “We are delighted that our partnership approach to rescue a much-admired building with significant historical importance to the island has been recognised and nominated for an award is recognition enough, but to be shortlisted as a finalist is tremendous.”

The Female Industrial School was originally opened to wide acclaim in 1849. Built the previous year by Sir James and Lady Matheson, the school was dedicated to the education of the poor and was to provide a place of learning for the island’s young girls.

The building became the new home for Miss Anabella Maciver’s existing class which, under the patronage of Lady Matheson, already boasted a group of “more than 100  girls, who are tidily dressed, well-instructed in reading and writing, and in plain and ornamental needlework, and trained to go regularly to church”.

But by 2018, after many years out of use, elements of the roof and its original stone walls were described as “dangerous” and in a state of “imminent collapse” by architects called in by Lewis Builders who also said that a complete “strip out of the interior” was the only viable and safe option for proposals to rejuvenate it.

Until his death in May 1998 at the age of 92, the building was the home of pianist and music teacher Duncan Morison, MBE, renowned as a friend of the Queen Mother and a Freeman of the Western Isles. ''Major'' Morison, as everyone knew him, remained unmarried and had amassed a collection of artefacts and antiques, which was dispersed after his passing.