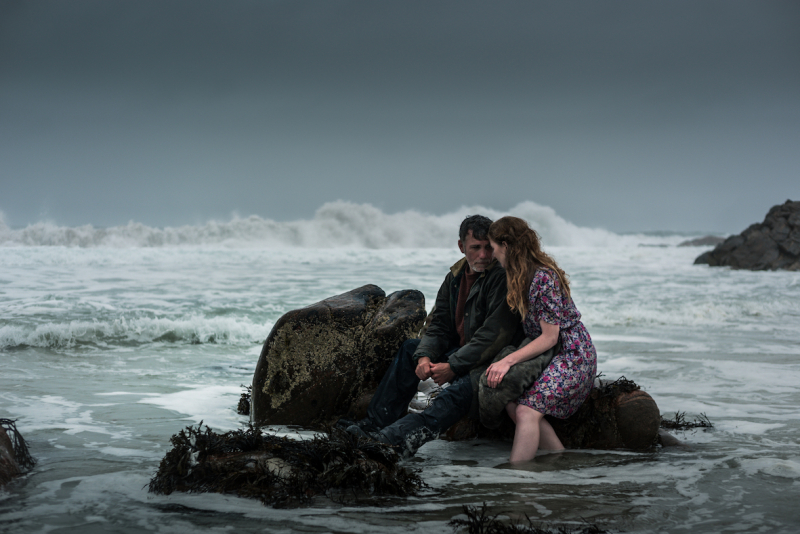 There's a distant echo this week of the pre-pandemic summer festival season as the Hebrides International Film Festival 2021 follows on from the the four-day music and cultural Survival Sessions event, produced by the HebCelt Festival.

An international audience tuned in to watch live streaming, pre-recorded digital content and special commissions during the four-day music and cultural Survival Sessions, which delivered 32 hours of programme content (14th to 17th July), with people tuning in online from the USA, Australia and 12 other countries.

And then the Hebrides International Film Festival opened this week in venues across the Outer Hebrides with a stark warning over the impact of climate change on island and rural communities. The festival this year has a specific focus in its programme on how island and rural communities globally are addressing the challenges of climate change and finding solutions and adaptations.

Festival Programmer, Muriel Ann Macleod said: “In a year when Sir David Attenborough warned at the United Nations' Security Council that “climate change is the biggest threat to security that modern humans have ever faced”, and said that there is now “no going back no matter what we do now, it's too late to avoid climate change and the poorest, the most vulnerable, those with the least security, are now certain to suffer”, I wanted to find films which were presenting the solutions scientists, environmentalist, growers and ordinary people were coming up with to help adapt and mitigate against climate change.

“In our brochure, you will find outstanding documentaries like Ice on Fire, Kiss the Ground and Losing Alaska where real practical solutions are presented. The Documentary thriller Current Sea highlights that in developing countries, environmental issues are social issues, and that the lack of resources and strong institutions, things that we take for granted in the West, exacerbate already difficult challenges."

The Festival also carries on its engagement and promotion of film made in the Outer Hebrides, and Muriel Ann Macleod called for more investment in island filmmaking.  Muriel Ann MacLeod said: “This year we can really celebrate the development of island-shot cinematic film with Alastair Cole’s Iorram, Limbo by Ben Sharrock and Mara - The Seal Wife from Uisdean Murray.
“Going forward we really want to see much more investment in island made cinema both drama and documentary, after all, does the cinema made not reflect the culture of a nation?

And local artists played a key role in the programme for the Survival Sessions, too. Willie Campbell, who featured in two of the shows, said: “It’s hard to overstate how important the Survival Sessions have been this year. HebCelt is part of the islands culture and, as always, I’m delighted to have been Involved. The atmosphere had a unique quality. We’ve all felt like we were taking part in something important and special. It’s great to see how strongly the festival has supported local musicians and creatives. It’s been so appreciated by all.”

Caroline Maclennan, HebCelt Festival Director, said: “We have been humbled to receive the many messages of enjoyment and support from our creative community. We can’t thank our funders and supporters enough. They are absolutely critical to our survival in any year and deserve praise for the roles they play in ensuring we are able to create the annual festival, which is so important to our culture, artists and ultimately the local economy. They have helped us to create a fresh legacy of content and they are aiding our bounce-back from the pandemic.

“We’re delighted to see that the Survival Sessions have inspired so many musicians both home-based and from around Scotland which allowed us to produce a high quality event which was essentially a TV broadcast of live and pre-record material.

“Live streaming content from a green field site has its challenges but the success of this year’s event has been down to the amazing technical and creative talent that the islands have in abundance, and a first class venue to broadcast from. We are deeply indebted to all who have been agile and adaptable to enable us to reach a global audience, and we are happy that we managed to provide a safe and really enjoyable four nights of live music in-person. I know how much it meant to those who played in the auditorium to have that spark of interaction with their audience.”

Survival Sessions can still be watched on the MyPlayer platform. Details and tickets can be found at: https://www.hebceltfest.com/booking.