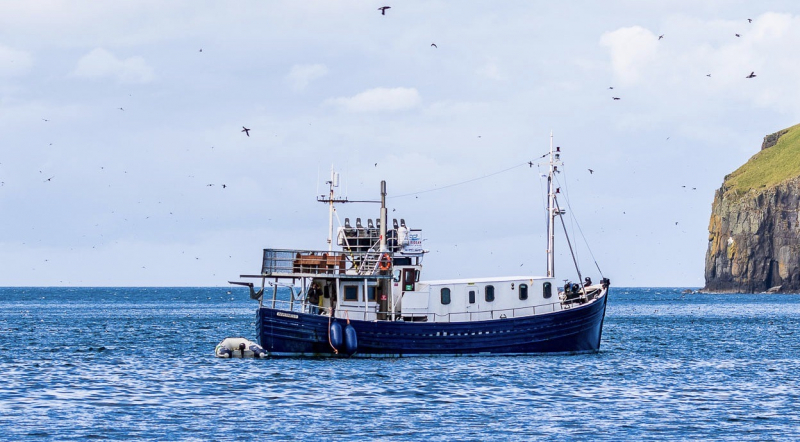 Coast cleaners have taken to the shores of the Western Isles in an escalating battle to clear marine litter from the coves and beaches.

In recent weeks beach cleaners have been out with North Harris Trust at Ceann an Ora and on the pier road in Carloway, while a litter-pick is planned for tomorrow (Saturday 19 June) at the Braighe, organised by Point Community Council.

Now Clean Coast Outer Hebrides (CCOH) is taking the campaign up a notch – by chartering a boat to get their team to bays and beaches which can’t be reached by land.

Clean Coast Outer Hebrides (www.cleancoastoh.com) was formed in 2018 to remove marine waste from island shores. As well as collaborating with community groups on beach cleans, the registered charity deals with historical tipping over cliffs and is working on drone-mapping of shores to confirm where efforts can be most effectively focused.

This month a team from CCOH plans to be on board the Hebridean Adventures boat MV Monadhliath, for the first ever ‘big boat beach clean’. 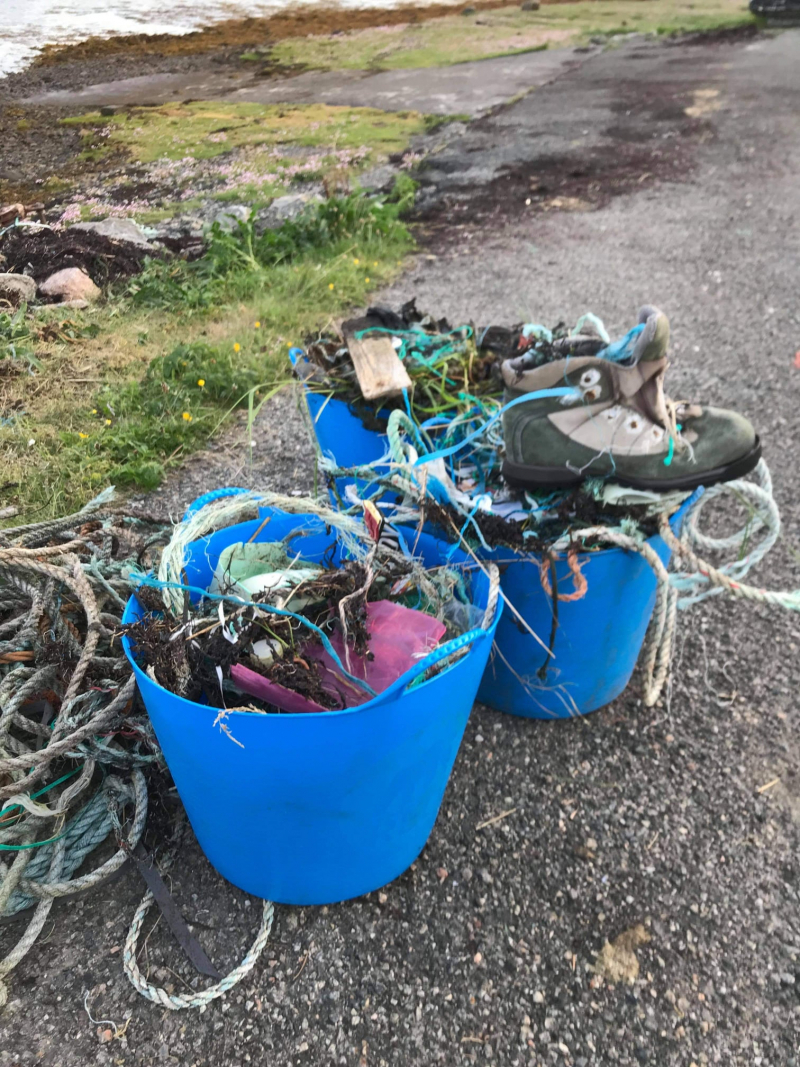 On Monday 28 June (or the closest good weather day) they’ll be visiting one or more of the inaccessible spots between Swordale and Bayble, landing and spending time collecting discarded plastic and other rubbish which has washed up on these secluded shores.

CCOH chair Janet Marshall said today (Friday): “We have secured funding from Fauna and Flora International to charter MV Monadhliath, take a team to a remote shore, clean it up, remove what marine waste is practical and secure the rest.

“This big boat beach clean is a pilot project to discover what works, what else we can do, and the best way to achieve it.”

Janet hatched the idea on a previous trip aboard the Monadhliath wearing one of her other hats – as a dedicated and experienced whale-watcher.

She said: “We were whale-watching out to Tiumpan Head and we could see the coast between Swordale and Bayble, with all these small coves that you can’t get to from land because they are right under the cliffs.

“You could see the marine litter clearly from the boat, including plastic ropes and broken fish boxes, for the most part litter from the fishing industry.” 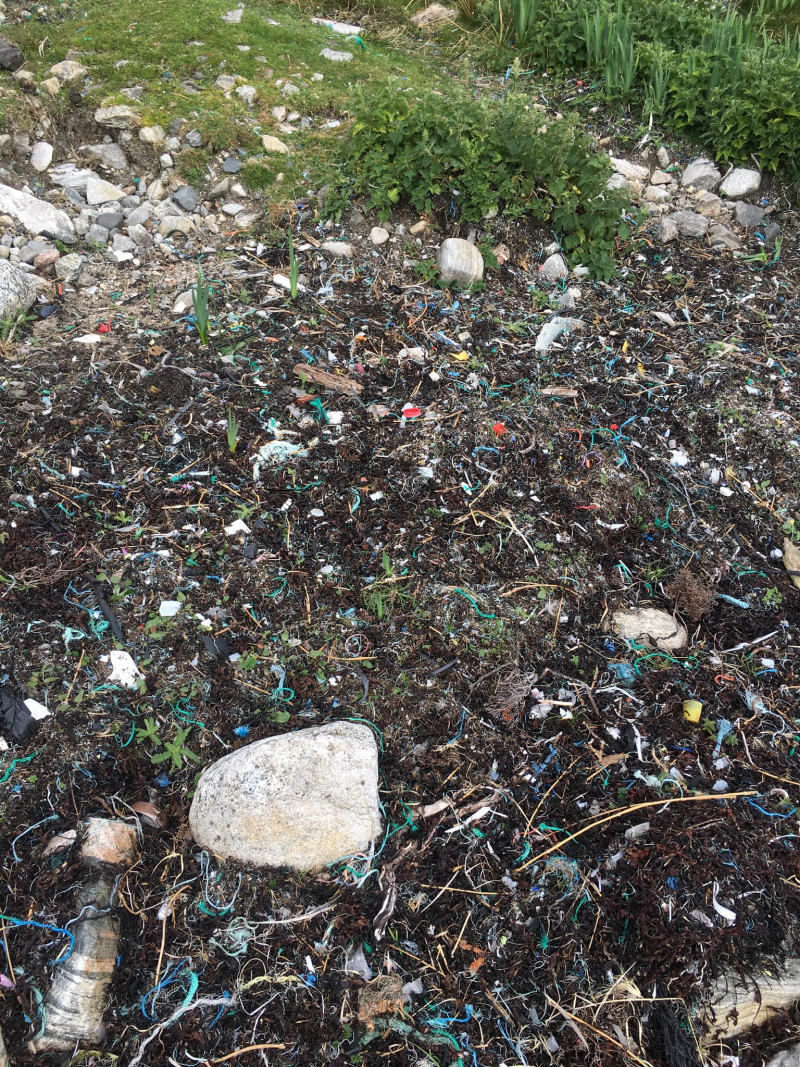 On previous beach cleans Janet has found that fishing waste and fish-farm debris form a huge part of the rubbish that washes up on island beaches, although there are other alarming discoveries too.

She said: “We have found a change in the way fish farms operate and when we report litter belonging to them, they are now on the case really quickly and are incredibly helpful. That change of heart is really encouraging.

“But we also have to warn our volunteers about what else they might find – including ordnance and old munitions, as well as sharp objects. The worst thing we found was a gin-trap in the dunes at Seilebost. It was rusted solid, but it was still a horrifying – and illegal – object.”

For this month’s trip, CCOH will be using the Monadhliath, which is skippered byTony Morrison, as a water taxi, to get them to where they want to work. Volunteers will be taken from boat to shore by a small inflatable craft and the rubbish they collect will be brought back with them for disposal the next day at Creed Park.

Everything they find will be carefully recorded and classified – the Marine Conservation Society has a litter-picking list which defines what might be found under 80 categories.

That information will go back to the funders and to other interested conservation groups, as well as helping to form the basis of future funding applications for clean-up activity.

Most importantly, this first beach boat clean will be a learning exercise for Clean Coast Outer Hebrides. Janet said: “We will be scientific about the work and it will help us to find out what is possible, and how much it costs.

“Fauna and Flora International want the details of what we find, and we will learn whether this is the way forward to make sure all our coast, and not just the most visible areas, can be cleaned up.”

• The charity is in need of a volunteer driver with a trailer and/or large van to help take the rubbish to Creed Park the day after the boat clean. If you can help, please contact This email address is being protected from spambots. You need JavaScript enabled to view it.

Pictures show rubbish collected at Carloway and in Harris in recent weeks, microplastics in the sea-wrack on the shore (CCOH) and the MV Monadhliath (Hebridean Adventures).

(The name of the skipper of MV Monadhliath has been corrected to Tony Morrison since this article was first published. Apologies for the error.) 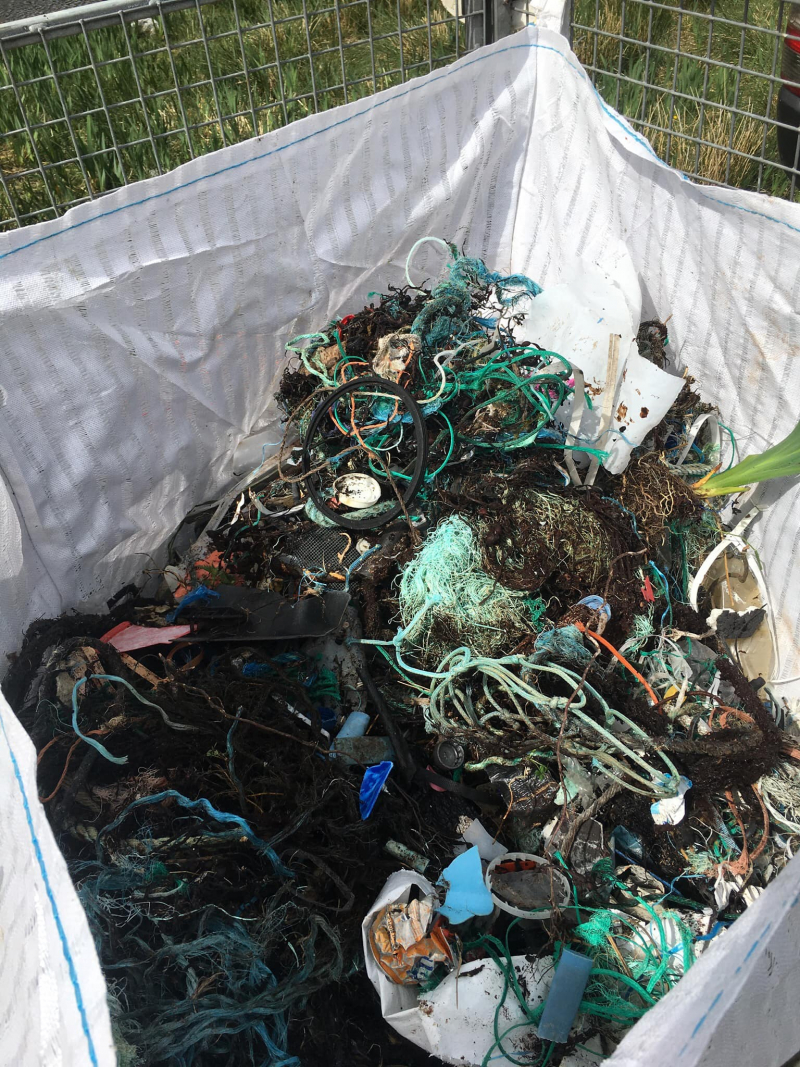