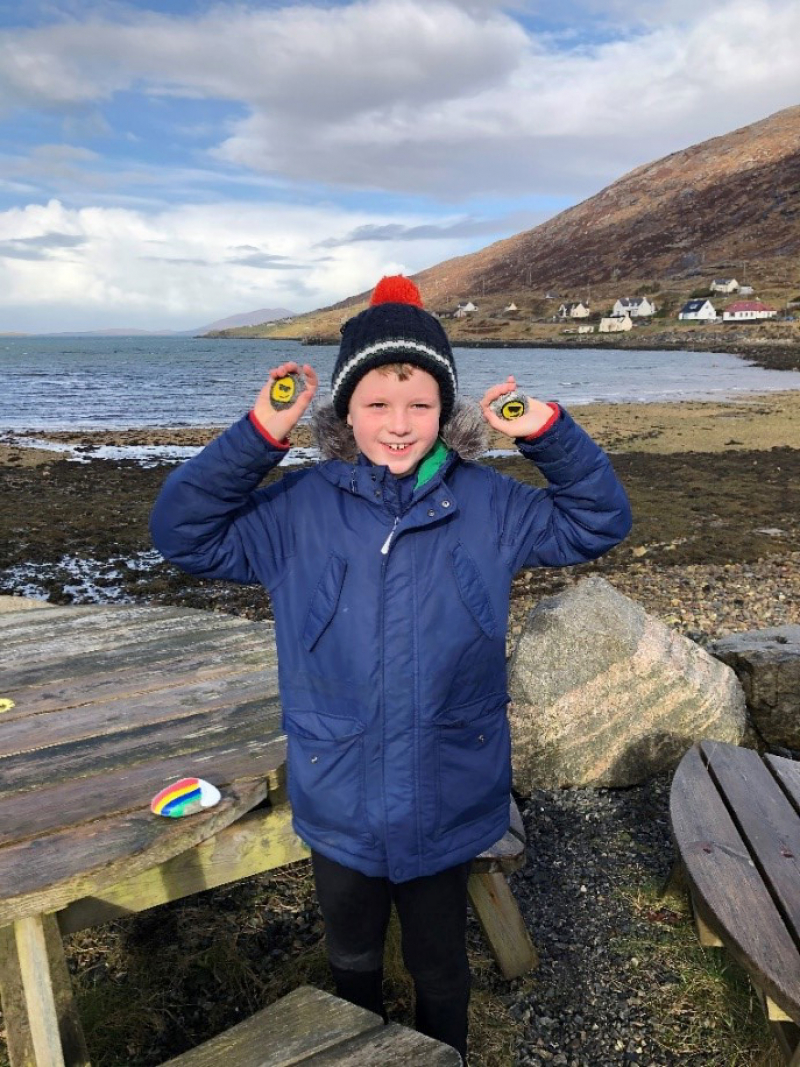 The rock star of Tarbert is enjoying the glow of fame as his work is recognised around the village.

Nine-year-old Cameron Morrison of Tarbert has been as stealthy as a superhero throughout lockdown, placing beautifully-painted rocks outside the doors of people who, he felt, deserved a thank you and a cheering message.

They included the homes of friends and neighbours, shops, the health centre and the fire station – where his work was especially appreciated by his namesake, watch commander Cammie Morrison.

Cammie said: “When we first noticed the rocks outside the fire station, we all thought they were a lovely idea. Every time we passed them at the door they would raise a smile.

“They stayed where they were for a while, although we did pick them up to admire them – and we wondered who the mastermind was behind these little gems.”

The fire service weren’t the only ones wondering, with the beautifully decorated rocks placed all over the village of Tarbert, but everyone agreed that the rocks really brightened up the village and provided cheer and endless speculation during a very difficult time for some people.

Only recently was it revealed by Sir E Scott school that Cameron Morrison, just starting P5, was the original rock star.

Cameron said: “In lockdown I was bored and missing my friends, so I started painting and hiding rocks for a bit of fun.

“First of all, I hid them outside some of my friends’ and neighbours’ houses. They all really liked them and said it cheered them up, so I decided to hide them all over the area.

“I didn't tell anyone it was me hiding them and had to be very careful not to be seen hiding them.”

What brought Cameron out of secrecy was the fact that his idea started to catch on, with more people joining the trend.

He said: “I started noticing more rocks around the village that I hadn't painted, so I decided to tell everyone I started the rock painting.

“I really enjoy it and there are more designs being made as we speak. One day I might be famous like Banksy!  I hope everyone enjoys finding them.”

His fire crew neighbours certainly did. Watch commander Cammie said: “Well done, Cameron, for going to such lengths to cheer everyone up with your wonderful creations.” 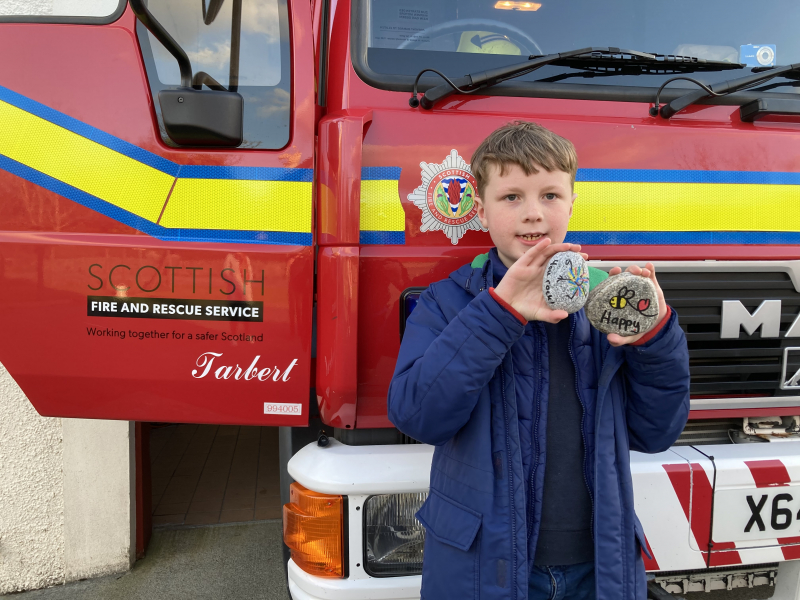