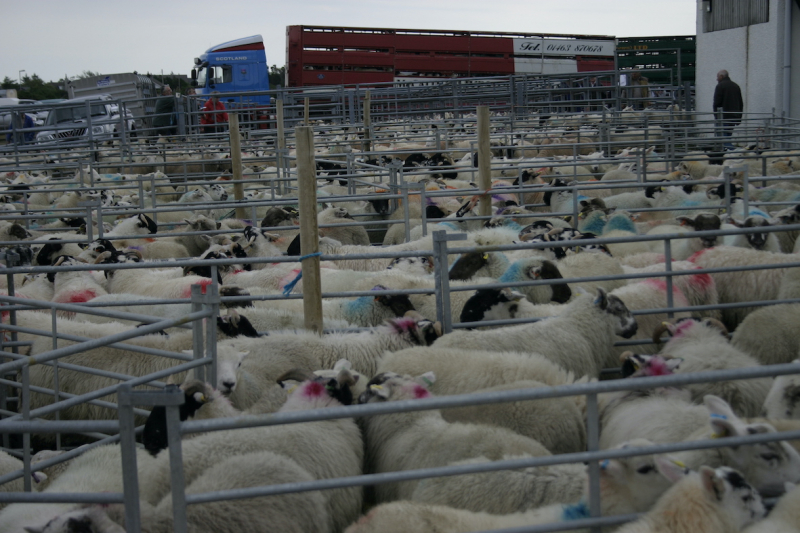 Is the farming industry in Scotland and the UK as a whole being sacrificed by the British Government in its rush for post-Brexit worldwide trade agreements?

That's the questions from Scottish Land & Estates, which represents rural businesses across Scotland, as it issued its initial reaction to the announcement of a UK-Australia trade deal.

Mark Tennant, chairman of Scottish Land & Estates, said:“This is the first post-Brexit trade deal which has been drafted from scratch and already the assurances given to UK farming and food producers by government appear to have been set aside. Whilst UK farming cannot and should not fear competing internationally, we have some of the highest levels of environmental and production standards in the world and our politicians need to recognise the value of guaranteeing these values.

“The successful signing of a FTA may be a breakthrough for government but it only means the removal of tariffs and quotas – it does not instantly increase the market share of UK farming. To take market share amongst Australian consumers we need government to work with us on a marketing drive for our products. Unlike the whisky industry, the farming industry’s marketing capacity and its cooperatives are weak, certainly when we are competing with countries which have been trading on world markets for many years.

“We await further detail on what the cap on tariff-free imports from Australia will entail but we should be clear that this is not a gripe aimed specifically at one territory – we are concerned that future trade deals will also seek to undermine UK food production and bit by bit, the overall impact of all trade agreements taken together will be seismic. This is particularly pertinent when the UK is pressing ahead with talks on joining the Comprehensive and Progressive Agreement for Trans-Pacific Partnership (CPTPP).

According to the Independent newspaper on-line, the full details, released by Australia but suppressed in London, showed that from Day One:

* Tariffs will only be levied on imports of lamb above 25,000 tonnes – around 3 times last year’s sales.

Currently, Australian beef exporters pay a 12 per cent tariff, with variable surcharges of between £1.40 and £2.50 a kilo, and face an annual quota of 3,761 tonnes.

“We understand that government wants to get on and agree new trade deals but we are alarmed that British farming could be seen as a necessary sacrifice to enable that to happen.”

According to Reuters news agency in a despatch from Canberra today,Tuesday June 15 Britain and Australia announced a free trade deal which the British government hailed as an important step in building new trade relationships following its departure from the European Union.

Britain said cars, Scotch whisky and confectionery would be cheaper to sell in Australia because of the agreement, which removes tariffs and reduces red tape.

Australia said it was a "great win" for Australian agriculture.

The deal is the first bilateral trade accord Britain has negotiated from scratch since leaving the EU last year. The government sees it as an important piece of its post-Brexit strategy to shift Britain's economic centre away from Europe and seek new opportunities in higher-growth Indo-Pacific nations.

Australian Prime Minister Scott Morrison and Johnson overcame sticking points during talks after the Group of Seven advanced economies met in Britain at the weekend. Morrison attended the summit as a guest.

"I think this is important economically, there's no question about that ... but I think it's more important politically and symbolically," Johnson said. "We're opening up to each other and this is the prelude to a general campaign of opening up around the world."

Britain is Australia's eighth-largest trading partner and Australia is Britain's 20th largest, with two-way trade worth A$26.9 billion ($20.7 billion).