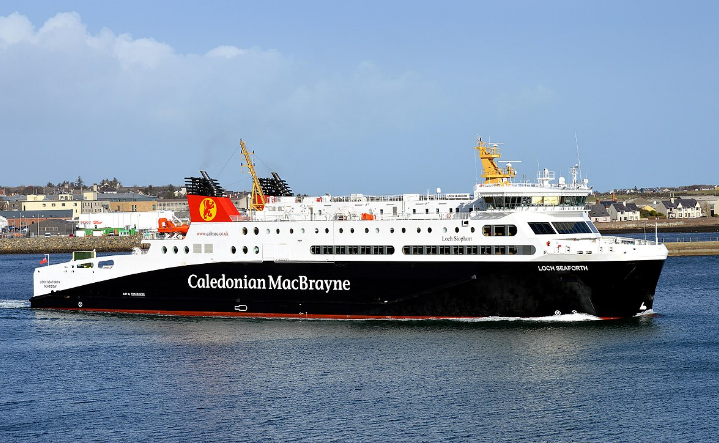 Investigations into the breakdown of the Loch Seaforth that led to disruption across the CalMac network are nearing completion.

Early indications are that piston screws may have failed causing a breakdown of the port engine. One of the piston crowns separated from the body of the piston and damaged the cylinder head and liner. This damage then caused debris to enter the oil system. These piston screws should have been replaced at a dry-docking schedule of the Loch Seaforth in 2019. A full and independent report has been commissioned from a leading global investigations company to investigate why this did not happen.

Subsequent repairs to the engines should have seen the ferry return to service on 17 May but further and separate damage was caused by the presence of debris in the system when the engines were started up. This delayed the return to service until 31 May while further remedial work was performed.

A spokesperson said: "We have worked closely with the engine manufacturer who were commissioned to perform the repair to establish the cause of the start-up failure and they have acknowledged responsibility for failure to thoroughly clear the engine of debris."

Commenting on the update provided by CalMac, Highlands and Islands MSP Donald Cameron said: “While it is good to know that, at least, some progress has been made in diagnosing what went wrong, that is little compensation for local people and businesses who have been badly affected by the withdrawal from service of the Loch Seaforth.

“In fact, it is very difficult to overstate the impact of the disruption and uncertainty caused by this episode, which comes on top of all the other problems associated with the procurement of new ferries.

“Ministers need to wake up, and get on with delivering a fit-for-purpose ferry fleet for our island communities.”

CalMac Managing Director Robbie Drummond said: “Up until now our entire focus as a company has been on returning the Loch Seaforth to service so that we could address the impact her loss was having to our customers. That has now been achieved successfully and I would like to reiterate my sincere and heartfelt apology for the disruption this incident and the knock-on effects it caused.

“We are taking full accountability for the incident and are already investigating exactly what happened. We have selected a global incident investigation company who lead and facilitate major investigations worldwide to prepare an independent report on the process. Technical investigations by the engine manufacturer are ongoing, including metallurgical analysis on the screws to determine the root cause of the failure. Results will take up to eight weeks and may not be conclusive.

"We will implement all recommendations in full made by the independent investigation company to mitigate against situations like this happening in future.

“It is important to state that the matter is sensitive as it will be subject to insurance and potential warranty claims which will take some months to resolve. Claims will be subject to commercial confidentiality, so we are restricted in saying anything further at the moment.

"However, I want to reassure our customers and our stakeholders that we are in the process of checking all other technical bulletins and are putting processes in place to mitigate against this kind of incident happening again.”

Islanders have a new chance to influence how their ferry service is run as the Ferries Community Board (Clyde and Hebrides) seeks new members.

The board provides the voice for people who live in the areas served by ferry operator CalMac, with members representing communities across the network and influencing strategic issues such as the building of new vessels, infrastructure, resources and accountability.

Key achievements since the board was formed in 2017 include the successful lobbying of the Scottish Government to release more funds for a new ticketing system. The board has also helped bring in service improvements such as the new mobile maintenance team.

Members meet four times a year and have an open dialogue with the Transport Minister, Transport Scotland and Caledonian Maritime Assets Limited (CMAL).

Applicants need to be willing to engage with a variety of community groups to seek out their views on ferry services and reflect these views back to CalMac.

Community board chairman Angus Campbell said: "We play an important role in ensuring that local people have their voices heard in all aspects of the ferry contract. Recent work carried out by the board includes investigating improvements to young people's transport, the new ticketing system Ar Turas, communication and customer relations.

"Ferries play a vital part in the health of the local economy and the provision of jobs. I would encourage anyone who has interest in having an influence on these issues to apply to join us."

CalMac's Managing Director Robbie Drummond said: "The board plays a crucial part in communicating the needs of the communities who rely on CalMac to provide a lifeline service.

"There are many ways in which board members can get involved in helping to deliver real improvements to the service. This is an excellent chance for anyone who is interested in how the ferry services operate to play a meaningful role in that process."

To apply, submit applications here before the closing date of June 18. Interviews will be held in July.