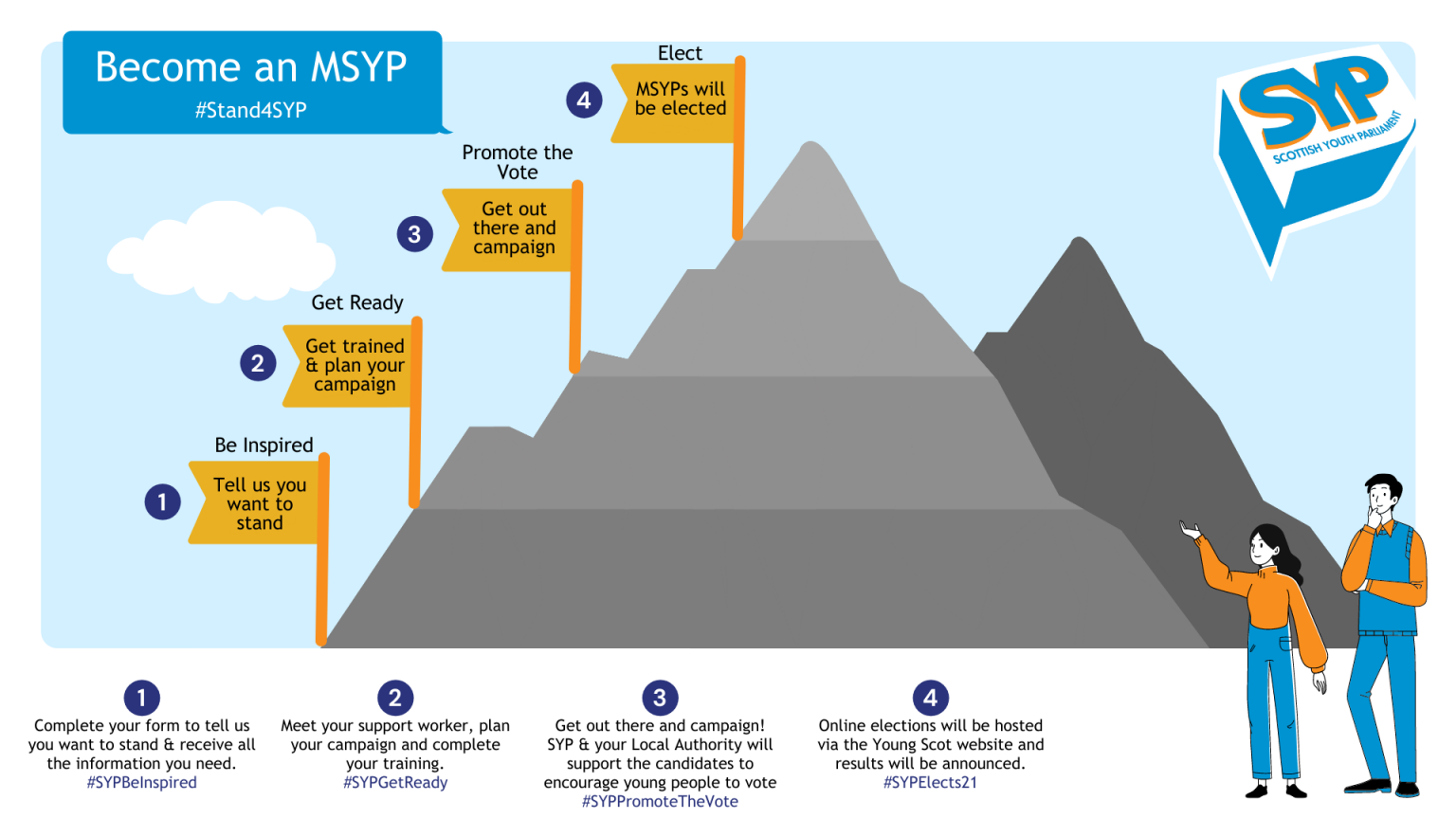 Could you be a youth MSP?

It’s almost time to elect two new Members of the Scottish Youth Parliament (MSYPs) for the Western Isles, with young people aged 14-25 being encouraged to consider standing for election to the role.

The Scottish Youth Parliament is the democratically-elected voice of Scotland’s young people, with elections held every two years. This year’s elections will be between 9 and 21 November, with nominations closing at the end of June.

MSYPs have a crucial role to play in Scottish public life, from representing young people across the country to running impactful campaigns.

The votes of young people give MSYPs their democratic mandate to represent the views of Scotland’s young people. In the last elections, in 2019, over 70,000 votes were cast.

The current Western Isles MSYPs are Stornoway’s Sakshi Ortchison and Maria McGoldrick, from South Uist, who took office in March 2019. In September that year they took part in the Global Climate Strike and have since fulfilled their role during one of the most difficult and volatile periods of recent history.

Among the topics they and their fellow MSYPs have discussed recently are young people’s experience of Covid-19 and its long-term impact on them, the importance of racial inclusivity in Scottish education, period poverty, gender identity and the future of the planet.

The Scottish Youth Parliament wants to encourage all of Scotland’s young people to play their part in achieving their vision and provide a national platform for their participation in democracy.

Young people who think they would like to stand for election are asked to complete an expression of interest – information can be found here.

or you can watch the campaign video at

Anyone interested must register by the end of June 2021.