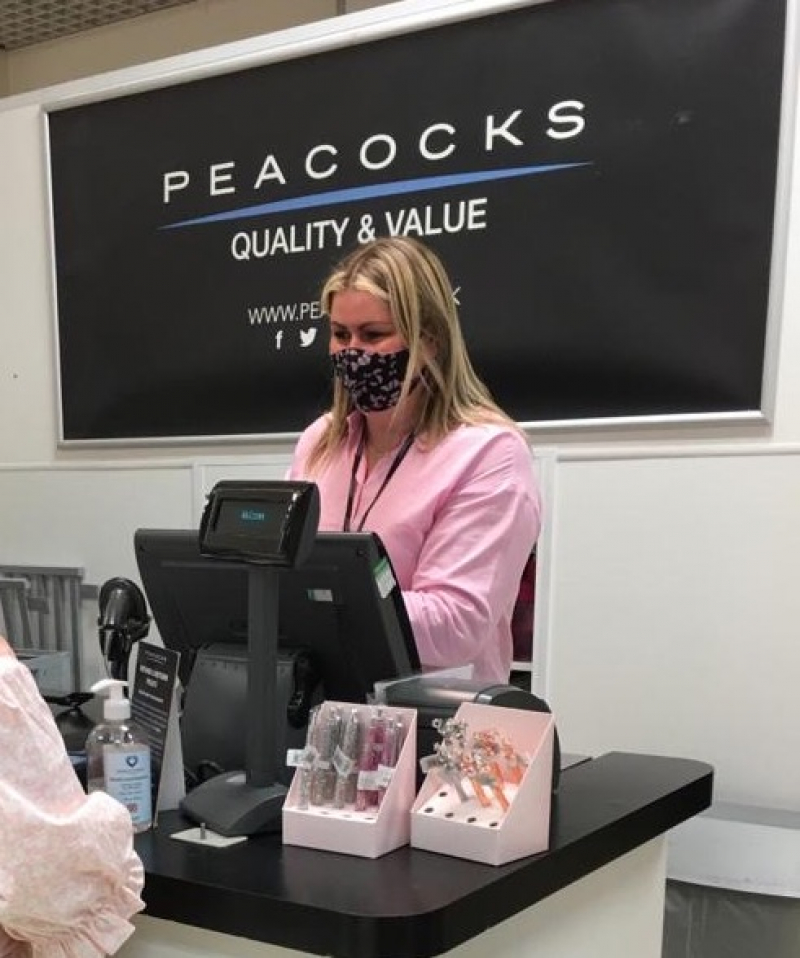 Time running out for Peacocks

Staff at the Stornoway branch of Peacocks are racing against time to find new premises, large enough to allow them to continue trading.

There was a storm of reaction on Friday (7 May) at news that the store, located within the Co-op superstore on Macaulay Road, was to cease trading on 5 June, after their lease was terminated by the Co-op.

The decision to end the lease has been taken at the Co-op’s head office in Manchester, and was communicated to both Co-op and Peacock’s Stornoway store managers by phone on Thursday.

Peacock’s branch manager Rachel Mackay said the staff were ‘upset and emotional’ at the news, after she had spoken to her own regional manager, also in England.

She said: “The Co-op obviously have other plans for this part of the store, but the news has come as a complete shock both to us and to the local Co-op store manager, after 12 years of successful trading here.

“My regional manager asked me to look for other premises within Stornoway and I spent a long time on Thursday and Friday phoning and walking around Stornoway, looking to see whether there was anywhere suitable available.

“There is no property that I can find which has the space we need – 3,000 square feet including storage – and that is in a condition to occupy immediately.

“People have been making very kind suggestions, but the former Edinburgh Woollen Mill store is nowhere near large enough and the former Sportsworld and Murdo Maclean shops need extensive work before they are ready for occupation.

“The British Legion is also large enough, but needs lots of work doing before anyone can move in, and the former Mackaskills Homestore is too far out of town for the customer-base that we have.”

Peacock’s position within the Co-op works well for their customers, many of whom have young families and no transport to reach out-of-town locations.

Rachel said: “Every customer who came in on Friday was saying what a blow it was to them to think we would close. One said ‘The kids of Stornoway will be running around naked.’”

The Peacocks chain is now part of the portfolio of Anglo-Global Property Ltd, who bought out the brand after the collapse of its former owner, Edinburgh Woollen Mills in 2020.

Some branches were closed following the buyout in April, but Peacocks in Stornoway is one of the most profitable in Scotland, with their position inside a supermarket proving beneficial to them and to the Co-op alike.

Rachel Mackay said: “The decision has not been taken locally and there is no argument here in Stornoway – it has all been dealt with on the mainland.

“We have a large and loyal customer base, but I don’t think people realise how big we are. As well as the area you can see, we have a stockroom and a container outside which is crammed full of stock.

“Nowhere that I have seen in Stornoway is big enough, or can be ready before 2022. Everyone, customers and property managers, hauliers and agencies, has been very supportive, but we just cannot see any options.

“If we close, it means seven jobs lost, hauliers losing a delivery contract and the implications for customers looking for children’s clothes and affordable fashion in a place they can get to easily. It is just a bad, and very sad, decision for Stornoway.”