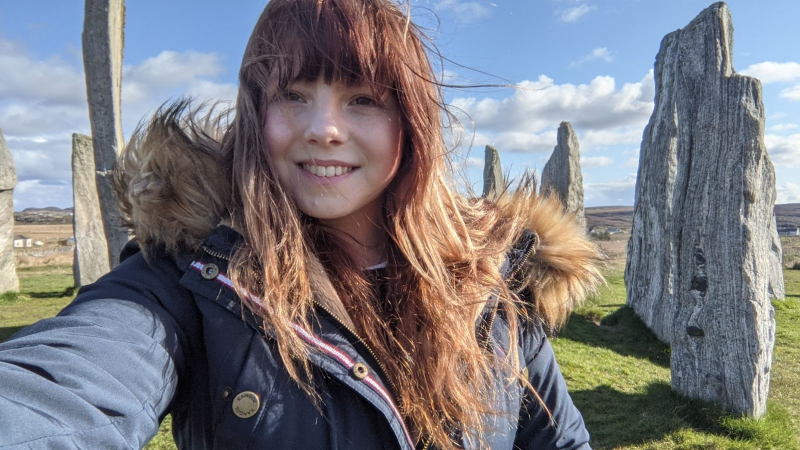 Bright future for the ancient past

Uniting young people and very ancient heritage is the ambition of Lucy Mclean, who has taken up the post of engagement officer for Urras nan Tursachan at Calanais.

And Lucy’s new post is part of a broad and ambitious plan to develop buildings, facilities and activities at the Calanais Stones, one of the premier visitor attractions in the islands.

Twenty-year-old Lucy started work for Urras nan Tursachan  on 1 April, moving to Lewis from her former job on the Isle of Bute, where she worked for the Mount Stewart Trust.

With a passionate interest in heritage, archaeology and history, she’s full of enthusiasm for her three-year post, which has been funded by Historic Environment Scotland.

Lucy said: “My principal aim is to get people more engaged with the centre, ensuring that the community is involved as we find out more about the archaeology. I’m drawing up plans now for a range of educational activities and community events.”

These will begin in July with Dr Richard Bates of St Andrews University, who is to use geophysical surveys to explore the wider landscape of Calanais, getting local volunteers involved in the survey work.

Dr Bates was behind some literally earth-shattering past discoveries when his surveys found evidence of an immense prehistoric lightning strike at Airigh na Beinne Bige, a single standing stone on a hillside overlooking the main site.

Lucy said: “Dr Bates will be unveiling the mysteries below the surface in the wider landscape, with a few priority sites where he will be focussing hands-on sessions with volunteers.

“I’m also hoping to develop a young archaeologists’ club and trying to get more young people involved with educational activities.

“It’s been a strange time for them recently, with the schools shut, and I want to introduce them to different ways of learning and to heritage-based opportunities. I don’t think people realise how many opportunities there are in heritage, even for short-term activities as guides, in conservation.”

Lucy’s appointment is part of Urras nan Tursachan’s ambitious plans for the site, which include not just a major redevelopment of the visitor centre and its facilities, but what board chair Ian Fordham describes as ‘ramping up” the activities and capability of the team.

Ian said: “The trust wants to invest heavily in community engagement, which is where Lucy comes into the picture. She is going to be a real star in terms of making the archaeology of Calanais come to life for people.

“We also plan to create a community and stakeholder forum, led by our director Caroline Maclennan, and that will be meeting for the first time this month to look at ways to keep people involved in our plans.

“We’ve been strengthening the board, too, and have appointed two new directors – Lorna Eller from Linshader and Brian Gayton from Calanais. They join myself, Caroline, archaeologist Alison Sheridan and Graham Blair, who holds a senior post with the Bank of Scotland, to complete the skills mix we needed on our board of six.” 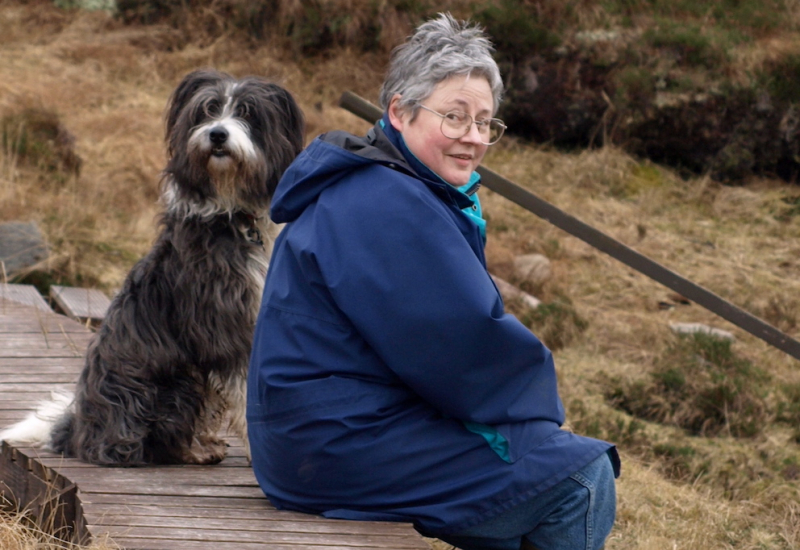 New director Lorna is a retired accountant and finance academic who has been living within sight of the Calanais Visitor Centre for the past 40 years.

During that time, as well as working for the Comhairle and Health Board she has been involved on a voluntary basis in many Outer Hebrides not-for-profit organisations.  She is currently treasurer for Outer Hebrides Tourism and also the Lewis and Harris Youth Clubs Association's Scaladale Centre. 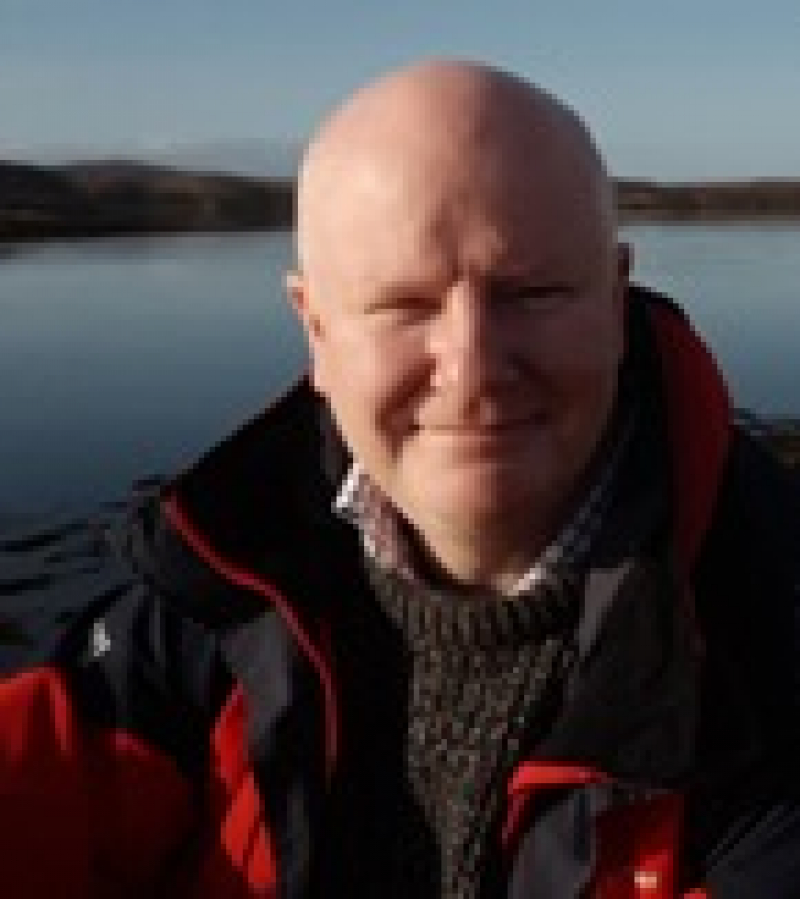 Brian Gayton is a quantity surveyor by profession, his experience coming from over 35 years in the UK construction industry and government administration.

He has worked with some of the UK’s most respected construction companies and has experience in dispute resolution, home improvement, offices, highways, the London Olympics and petrochemical terminals.

Originally from Fife, his connection to Lewis goes back 30 years and includes his 2010 purchase of Baile an Cille church in Uig. He moved to Calanais in 2014 and, until early 2020, his time was split between Shetland, Calanais and a weekly commute to London.

Chair Ian Fordham said: “We now have three local and three off-island directors, all extremely well qualified. Calanais is such a high-profile asset that it’s important that we are able to call on the skills we need to interact with mainland bodies.”

The new board meets for the first time on Thursday 25 May, and at the meeting the board will formally record their thanks to the previous chair, Donald Macarthur, who has stood down after many years of service.

Ian said: “Donald Macarthur has been a director since 2013 and chair of the board since 2015, and in that time he has given sterling service with unswerving loyalty. He has done outstanding work and we honour his contribution to the past, and the future, of the Calanais stones.”