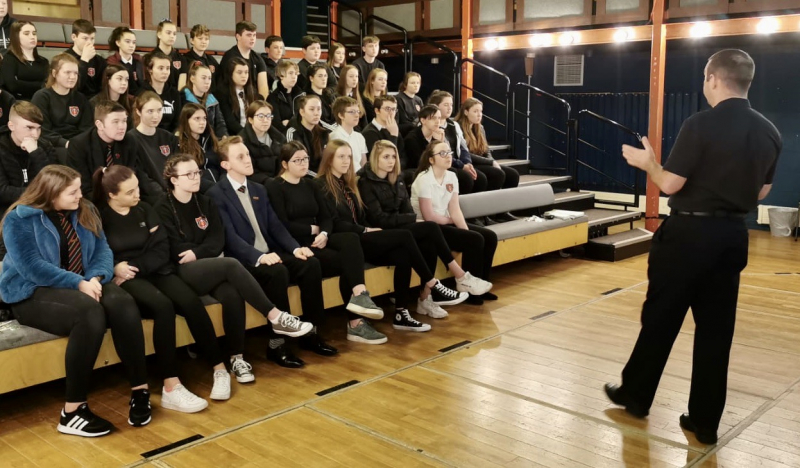 Islanders unite to save lives

Support for stem cell donation is growing in the Western Isles, with 2021 already seeing at least two perfect matches for people donating life-saving stem cells to people with blood cancers.

Two separate initiatives – one targeted at younger people and one embracing potential donors of up to 50 years’ of age – are increasing their efforts to recruit people to join stem cell donor registers.

A formal partnership between the Scottish Fire and Rescue Service and the national charity Anthony Nolan has led to 18,500 potential donors being recruited over 12 years, with 80 of those going on to donate stem cells.

As part of the partnership, Western Isles group commander Dougie Campbell has become an ambassador, giving presentations in schools, including across the islands pre-Covid, in 2019.

And it’s because of those presentations that Erin Mackinnon of Eriskay last month travelled to London to give her stem cells after being matched on the charity’s register.

Erin, now 19, was still at Sgoil Lionacleit when SFRS ambassador Dougie gave his talk on stem cell donation and what it could mean. She signed up after the talk, and went on to train as a nurse, but it wasn’t until January this year that she learned she was a perfect match for someone in need of cells.

Erin said: “I thought it would be quite rewarding if I did get chosen but I didn’t expect to, and it was a shock.”

Last month Erin was down in London donating her stem cells, and hopefully it means a life will be saved, or a person’s health improved. She’s returned home and now awaits the start of her nursing career in September.

Erin said: “Everyone says you’ve saved a life, but it doesn’t feel like it, it just feels like I have given my stem cells. I was hesitant when I was signing up but I’m very happy I did it and hopefully this will encourage more people to join the register.”

Already Erin’s story is inspiring others – with her big sister Megan, 22, signing up to Anthony Nolan, after seeing the difference Erin has made.

Erin is not the first Western Isles donor to contribute her stem cells via the Anthony Nolan register, with 26-year-old Mairi Martin of Tong now several years on from her donation, which came after she saw an appeal to register on Facebook. 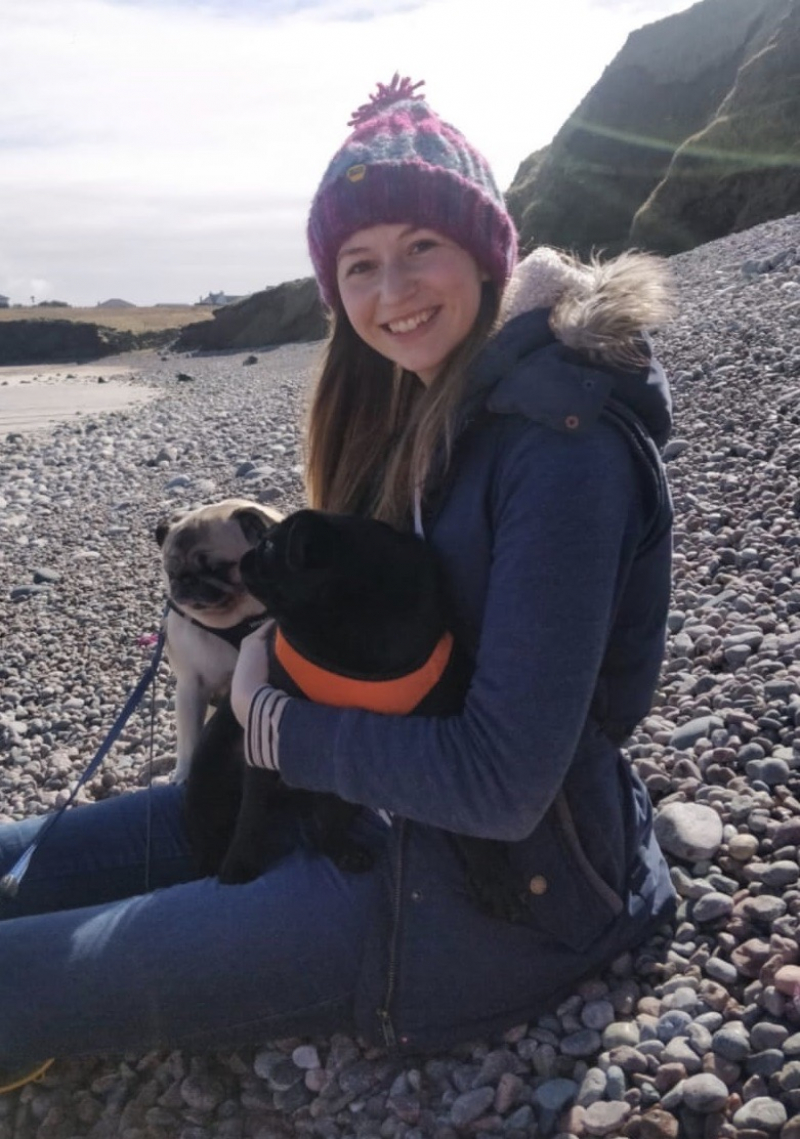 Mairi, who works for Harris Tweed Hebrides, said: “I joined the register in 2017 and it was only a few months later that they found a match. I was studying in Dundee when I heard and I had to go down to London for all the tests and scans to make sure I was healthy.

“Later I went down for two days with my mum and it was all very straightforward, well-organised and clear. They put me completely at my ease.

“Of course I was nervous about the process, but at the end of the day, someone is really unwell and I have really good health, which means that I am able to give someone else a second chance.”

Mairi was 22 when she made her donation, but some older islanders have registered with DKMS, a charity which registers donors up to the age of 50. 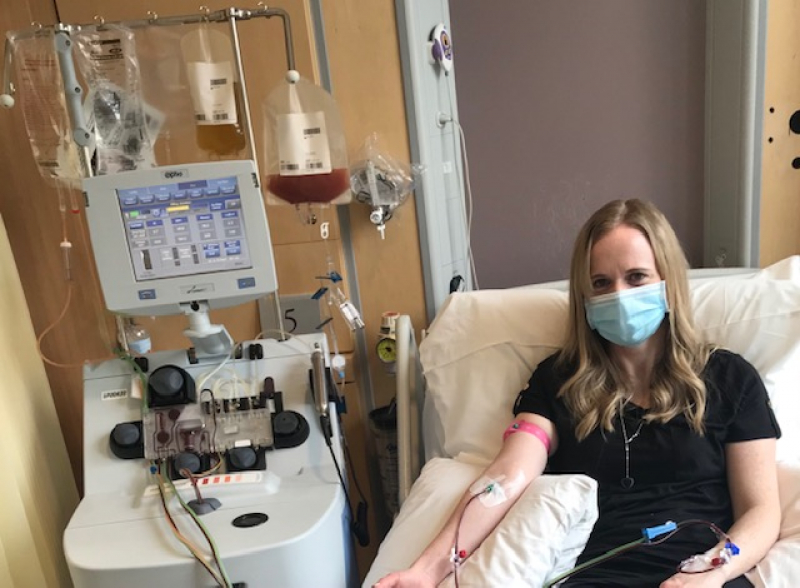 Many are motivated by family experience of blood cancers, as is the case with Erica Clark of Upper Coll, who has a family member with leukaemia.

Erica herself is one of those on the register and, in February this year, she learnt that she was what DKMS calls a ‘genetic twin’ – the perfect match for someone in desperate need of stem cells.

Erica said: “I first heard in October that I could be a match for someone, and I went to the GP for blood tests which were sent off. Then I heard I was the closest match for someone and had to go off down to London for a full set of medical examinations.

“This was at the height of Covid and my relative was shielding, so there were huge emotions involved – was I doing the right thing? Was I putting them at risk?

“Then I thought, if they needed these cells I would want someone to do it for us, so how could I stay at home when someone else needed it?

“The whole process is much less invasive than I thought it would be. When you register you just do a mouth swab and, if you’re a match, you have blood tests and then a series of injections for five days before the donation, to boost your production of stem cells.

“I hate needles, but I know what people with blood cancers have to go through, so I just did it. The charity made it so easy, answering all my questions and arranging my travel and accommodation.”

Erica also had to travel to London for the donation, where blood is taken, stem cells harvested and your own blood returned in one process.

She said: “I was out of the hospital after lunch and they didn’t need me back for a second session. It was hugely emotional for me, but not hard or unpleasant. I’m healthy, I can endure a needle or two and it was only the added factor of Covid that made it a bit more stressful.”

Other island families have also done their bit, with donations made over several years. The more people there are on the registers, the better chance there is for a seriously ill person to be perfectly matched with a donor.

“As firefighters, we save lives as a team, but these fantastic people are volunteering to donate their stem cells to potentially save another person by giving them that second chance of life.  When you see a young person being selected as a donor, it becomes real and very emotive.

“The SFRS/Anthony Nolan partnership’s vision was that its school programme should be more than just about recruiting pupils onto the register. It shows pupils the significant impact they can have on the lives of others through active citizenship, personal commitment and a simple selfless act.”

You can register as a stem cell donor online via https://www.dkms.org.uk or www.anthonynolan.org/sfrs

The pictures show Erica Clark giving her stem cells in February this year (Erica Clark), Mairi Martin on the beach today (Tuesday, Mairi Martin) and Erin Mackinnon (third from left, front row) during a presentation from Dougie Campbell at Sgoil Lionacleit in 2019 (SFRS).