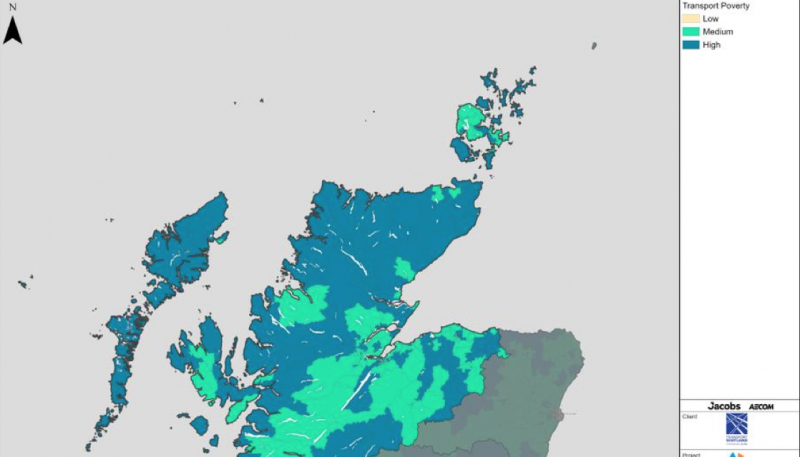 A national review of transportation links which will inform decisions for more than 20 years fails the islands on almost every point, according to Comhairle nan Eilean Siar.

The Strategic Transport Projects Review (STPR2), undertaken for Transport Scotland by consultants Jacobs UK Ltd and Aecom Ltd, outlines significant areas for consideration, but has ‘sifted out’ issues of most concern to island communities, according to a strongly-worded response from Councillor Uisdean Robertson, chair of the Comhairle’s transportation and infrastructure committee.

The draft report was taken as an urgent item at the committee’s last meeting, on 24 March, with the deadline for comments by stakeholders set at 31 March.

An initial appraisal on the case for change in the Highlands and Islands, published in February this year, was presented to councillors during a briefing session at the Caladh Inn in Stornoway, on Tuesday 4 February.

At their meeting on 24 March, councillors backed Cllr Robertson’s official response to the consultation process, which was submitted to Transport Scotland’s head of ITS operations, Amy Phillips on 31 March.

Cllr Robertson said: “Comhairle nan Eilean Siar is concerned at the apparent exclusion of island transport priorities from this exercise and this is particularly concerning given that the STPR2 will inform Scotland’s Transport Strategy over the next 20 years.

“In terms of road transport, the Outer Hebrides spinal route is a regionally significant route, linking the islands and representing an indivisible extension of the mainland’s trunk road network.

“It is unacceptable to the Comhairle that this regionally significant route has been sifted out of the STPR2 process simply because it is managed by the local authority and is not owned, operated, and funded by the Scottish Ministers.

“This focus on Scottish Government-owned and operated assets excludes large parts of the island transport networks which have been effectively managed by the local authority for decades. Inter-island fixed links have also been sifted out, even though these link one island to another, much in the same way as the M8 links Glasgow to Edinburgh, or the A96 links Aberdeen to Inverness.

“The same argument applies to Western Isles’ lifeline inter-island air and ferry services and mainland air services, which are the equivalent of mainland Scotland’s bus and train network.

“These inter-island links represent the only means of travelling between islands for work, healthcare, education, and leisure and yet these are to be excluded from the STPR2 plan. This exclusion is unacceptable to the Comhairle while equivalent bus and rail links are included in the plan.

“The Comhairle feels that the STPR2 process is not inclusive and should be subject to an islands communities impact assessment under the terms of the Islands (Scotland) Act 2018.

“Such an assessment would demonstrate that the emerging STPR2 Plan has excluded island transport priorities and would contribute to a worsening of the demographic and economic challenges facing the islands.”

Transport Scotland are undertaking the second Strategic Transport Projects Review (STPR2) to inform the Scottish Government’s transport investment programme in Scotland over the next 20 years (2022 – 2042). The process has been paused during the current Scottish election campaign.

But it’s now been picked up by Scottish Labour candidate Shaun Fraser, who warned that transport priority plans being drawn up by the Scottish Government have disastrous implications for the Western Isles and has called for a united front to oppose them.

Mr Fraser learned of the report and its implications on Saturday (1 May) during meetings in Uist. He said he found it "almost beyond belief" that the sitting MSP has been silent on the proposals, which Comhairle nan Eilean Siar have branded as lacking an understanding of island transport challenges.

Mr Fraser said: "It is utterly astonishing that, on the one hand, lip service is paid to island-proofing legislation while, at the same time, just about every recognition of the islands' connectivity needs is in the process of being excluded from national priorities".

A report from Comhairle officials notes that the review's priorities are set out under eight themes which, it considers: "fail to capture the key transport challenges facing the islands.

"The Outer Hebrides Spinal Route; roads to communities; inter-island ferry services; lifeline air services; the Air Discount Scheme; the Road Equivalent Tariff scheme and digital connectivity which shrinks distance and reduces remoteness are all essential features of prosperous and inclusive island life and yet these are not adequately reflected in the eight themes".

The study assessed road, ferry and aviation links through and with the islands, and evaluated almost the whole of the Western Isles, with the exception of some areas of Stornoway and Point, as being in a state of transport poverty.

According to the report, transport poverty indicates how likely those living in an area are to have affordable transport options to access essential services or work. It is presented as a particular issue in the Eilean Siar region, with only three zones (in Stornoway and Point) classified as being at low risk of transport poverty.

Impacts include residents being less able to get jobs, due to poor transport links at times which would enable them to get to work.

The report said: “What is evident from the figure is the lack of access from the southern half of Eilean Siar, with residents south of Tarbert on the Isle of Harris having no access to Stornoway by public transport within the time threshold.”

Also presented as a significant issue, despite relatively high car ownership, is length of journey times by road in Eilean Siar. Stakeholders said this particularly the case during the tourist season, because of the high proportion of single-track roads.

The Comhairle’s official response to the stakeholder consultation, which closed on 31 March, is included in Cllr Robertson’s letter to Transport Scotland. In it he says: “The STPR2 update and phase 1 recommendations, if they follow the current trajectory, will exclude some of Scotland’s most fragile communities from national transport strategy objectives for the next 20 years. Furthermore, these will set back the islands already fragile transport network from its current position.

“The Comhairle questions the value that Transport Scotland has attached to these fragile communities and its commitment to take the issue of transport poverty seriously (as NTS2 has stated that it would), while these islands are ranked highest for transport poverty in the Highlands and Islands.

“For the above reasons, the Comhairle cannot support STPR2 in its current form but will continue to work with Transport Scotland and its consultants and Highlands and Islands stakeholders to ensure that island transport priorities are not ignored as national transport strategy for the next 20 years is being developed and that more favourable transport outcomes can be achieved for these islands.

“The Comhairle will be requesting a meeting with the Cabinet Secretary for Transport, Infrastructure and Connectivity to raise its concerns around the STPR2 process.”

The full preliminary response is available via the Transport Scotland website at:

The report on urgent decisions taken by the transportation and infrastructure committee of CnES, including the response to Transport Scotland, is at

Image shows the plot of transport poverty as evaluated by Transport Scotland’s consultants.