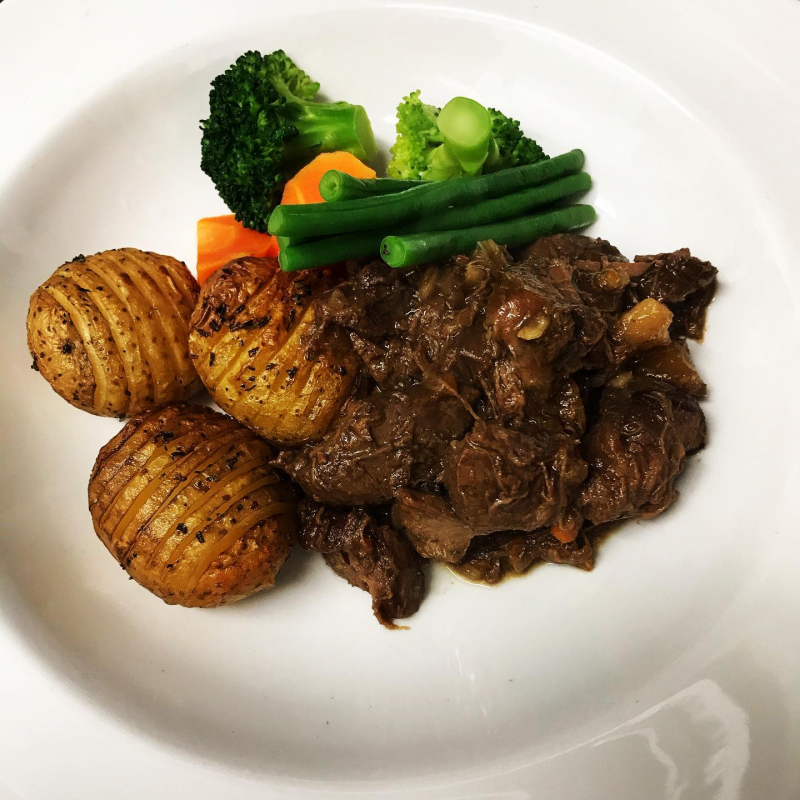 Sunday roast at home with no hassle

Home dining has just moved up a notch in Stornoway, with the addition of the No. 30 takeaway menu to the town’s list of carry-out eateries.

No. 30 established a great reputation as a place to eat pre-lockdown, with the restaurant dining atmosphere of the Park Guesthouse on James Street married to the kitchen skills of chefs trained for Scalpay’s award-winning North Harbour Bistro.

Last weekend (23 April) chefs Richard Grandison and Hannah Dewar opened up for a new season of takeaway fine dining, with their Sunday roast dinner especially proving a winner and selling out.

This weekend they plan to double the number of dinners available, but Richard still recommends early booking for anyone who wants Sunday dinner on a plate – and no cooking.

He said: “This kind of takeaway is different from anything else offered in town. It’s comfort takeaway food, with all the favourites that we had when the restaurant was open, but adapted for takeaway.

“Everything is home-made and everything has a fine-dining twist, even though it gets handed to you at the door to eat at home. It was popular during the first lockdown and we’ve decided to bring it back now to give people more options for a change in home dining.” 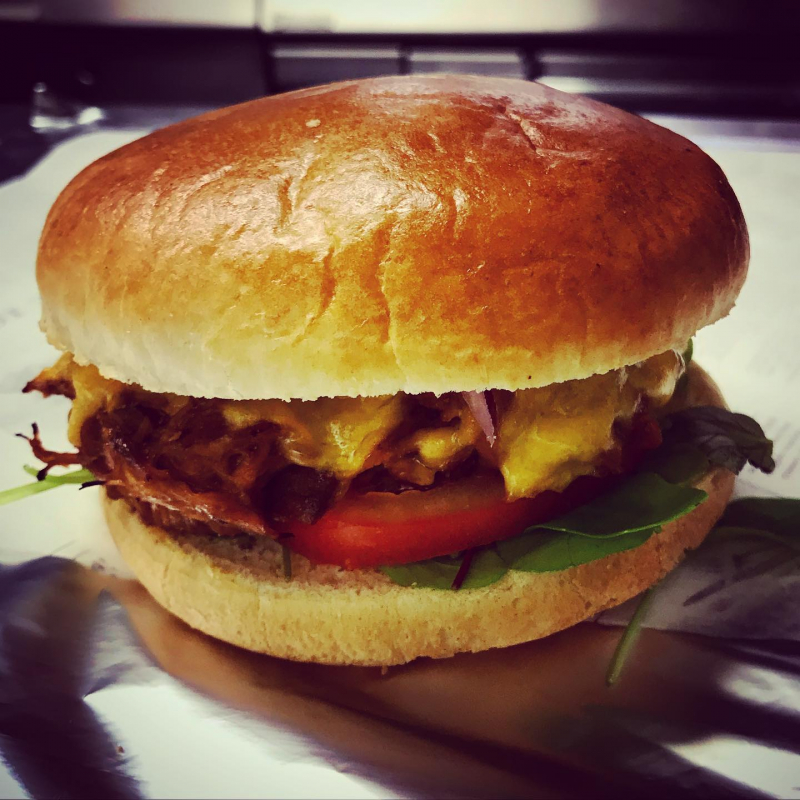 The menu includes a choice of burgers with chips – regulars include local venison burger, Cajun-spiced grilled chicken breast and a lentil, beetroot and quinoa vegan burger – and there are stews, curries and three-cheese macaroni dishes always on offer.

For Sunday lunch, the main attraction of topside of beef, roast pork, chicken or lamb comes with giant Yorkshire puddings, roasted carrots, mixed greens and clapshot, as well as potatoes, cauliflower cheese and the gravy and sauce to match each meat.

For vegetarians, there’s a veggie wellington with all the trimmings and the meals can be adapted to gluten-free by request. And, of course, the desserts include restaurant favourites too – ginger and date sponge with toffee sauce, chocolate brownie and a daily cheesecake.

“It’s restaurant-standard food as a takeaway,” says Richard. “The quality is high but the prices aren’t and it’s as simple as ordering by phone, collecting at the door and paying by card.”

One word of warning though – this Sunday’s ordering quantities have been doubled after last week’s success, but Richard suggests early orders to ensure you can get your Sunday lunch.

Service is between 4 and 8pm on Fridays and Saturdays, and from 12noon to 5pm on Sunday and the full menu is available on Facebook at  and on Instagram, or you can order by phone on 07483 164647.

Pictures show some examples of takeaway offers – venison casserole and a pulled pork burger in a bun (No. 30 Stornoway).