Cruise ship bookings into Stornoway harbour are falling away from the early part of the summer as holiday companies start to rebuild confidence in cruising as a holiday option.

But as fast as early bookings call off, new dates are being added into the later part of the summer for the port of Stornoway and for other Western Isles destinations, including St Kilda.

In Stornoway, more than 20 early-season bookings have so far been cancelled through April and May, but many of these are being rescheduled for later this summer, with more than 40 visits to the port still on the timetable for 2021.

Cruising is to be allowed to restart from England from 17 May, with cruise companies hoping for a gradual reintroduction of dates in other UK nations and from European destinations too.

For the early part of the season, all bookings originally made for ships calling into Stornoway in May 2021 have now been cancelled – the last to be called off were two visits from the German vessel AIDAaura and a single call by the brand-new Norwegian vessel Fridtjof Nansen.

The Fridtjof Nansen was the only cruise vessel to call into Stornoway in 2020, making a call to the islands during her pre-season maiden cruise, soon after launch in February last year and just before Coronavirus began to hit cruise ships around the world.

This year’s Western Isles season now looks set to commence on 11 June with a call by Volga Dream’s small vessel MS Serenissima, chartered by Noble Caledonia for the season and with up to 95 passengers aboard. 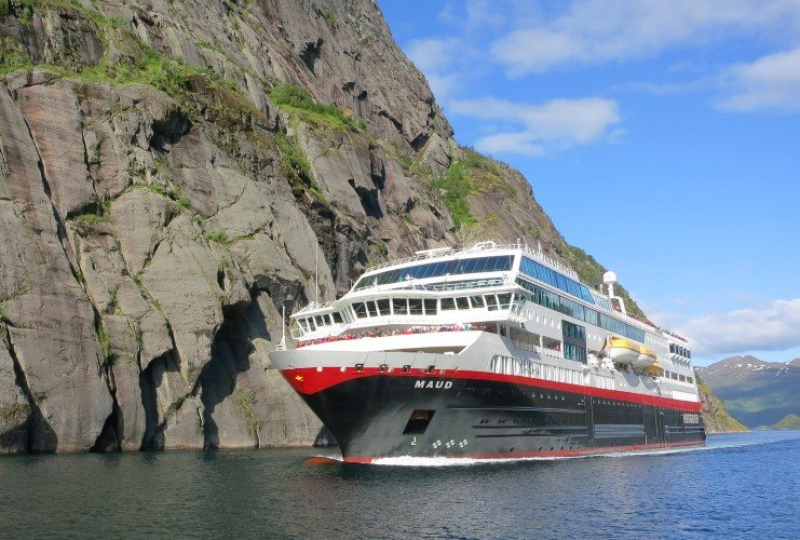 One of this April’s cancellations was of a visit from Hurtigruten’s MS Maud – formerly MS Midnatsol – which was originally due in port on 19 April. She has rescheduled her visits and is now due to make five destination stops in the Outer Hebrides from 10 July onwards.

Like other liners, the vessel has received a substantial upgrade for the 2021 season, with cruise companies going to great lengths to reassure would-be passengers and destinations about safety and health for passengers and crew.

As well as extra passenger space, hygiene measures and stringent health checks for all going aboard, Hurtigruten has appointed a professor of medical microbiology with more than 10 years of international experience in infection control as a company advisor.

The company said: “We’ll make sure that all necessary safety measures are put in place, and will continually adjust them as the situation changes. You can rest assured that we will provide the safest sailing possible so that you can enjoy your time with us.”