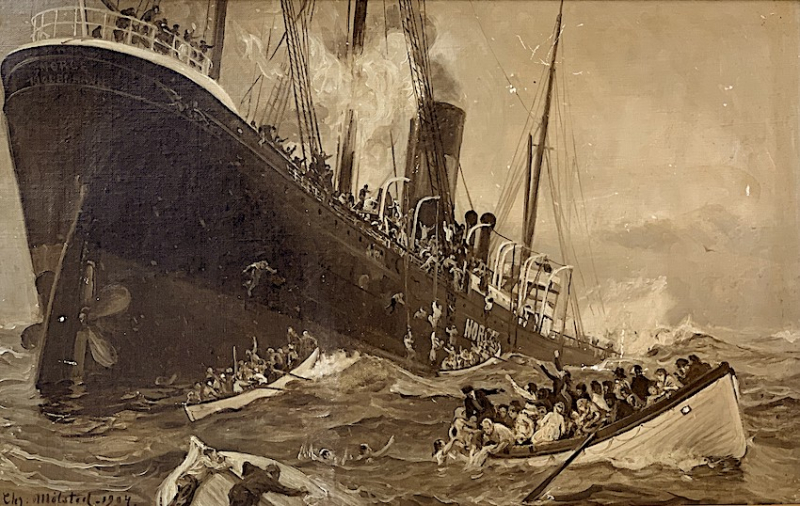 The sinking of the SS Norge on 28th June 1904 was, at the time, the worst civilian maritime disaster in the Atlantic Ocean.

Now it is the second worst, having been displaced by the Titanic disaster of 1912.

Lessons from the SS Norge tragedy were not learned ahead of the larger disaster – the Norge had 795 passengers on board with lifeboats for only 251.

The disaster took place near Rockall and the Western Isles Lottery are pleased to be able to fully tell this shocking story which happened on our maritime doorstep.

A detailed mobile exhibition has been prepared by the Lottery which will be first unveiled in An Lanntair, Stornoway between May 10-16.It is hoped that the exhibition can tour the Hebrides.

The 795 passengers were on the SS Norge when she left Norway for New York, nearly half of whom were young mothers with their children, travelling to join their husbands in America. Tragically, only 45 children and 115 adults survived the catastrophe.

At 7.45 on 28th June the ship hit Helen’s Reef close to Rockall. Five lifeboats drifted in the Atlantic for up to eight days before being rescued by passing ships. One lifeboat, with a one-year-old girl aboard, had almost reached the Faroes, over 400 miles from Rockall.

More than 100 survivors were rescued and treated at the old Lewis Hospital in Goathill Road, Stornoway. Of these, eight children and one adult died and are buried at Lower Sandwick. The Western Isles Lottery is also undertaking the restoration of the original gravestone. 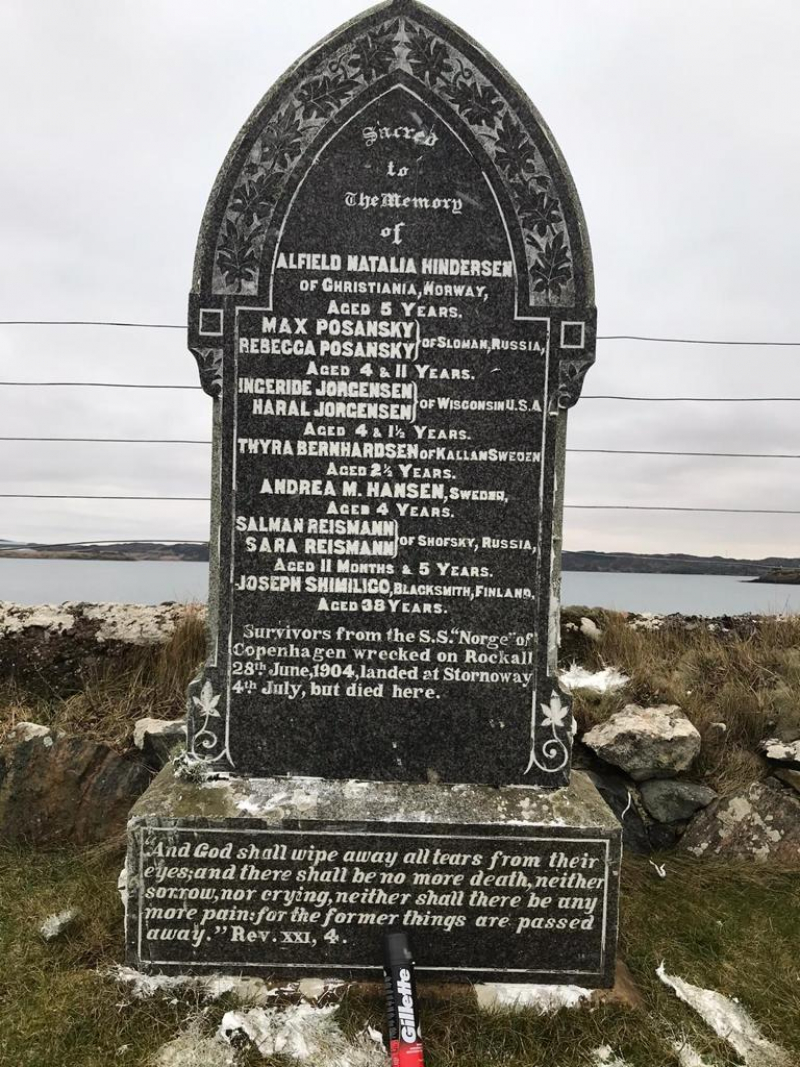 This exhibition is comprehensively researched and compiled by Tony Robson of the Lottery. It explains the entire story, from Russians fleeing Czar Nicolas, to the amazing help and treatment by Stornoway people towards 105 Russian, Norwegian, Danish and Swedish survivors.

Sincere gratitude is extended to Tony Robson and Per Kristian Sebak of the Bergen Maritime Museum for their research and efforts to bring this exhibition to the Islands.