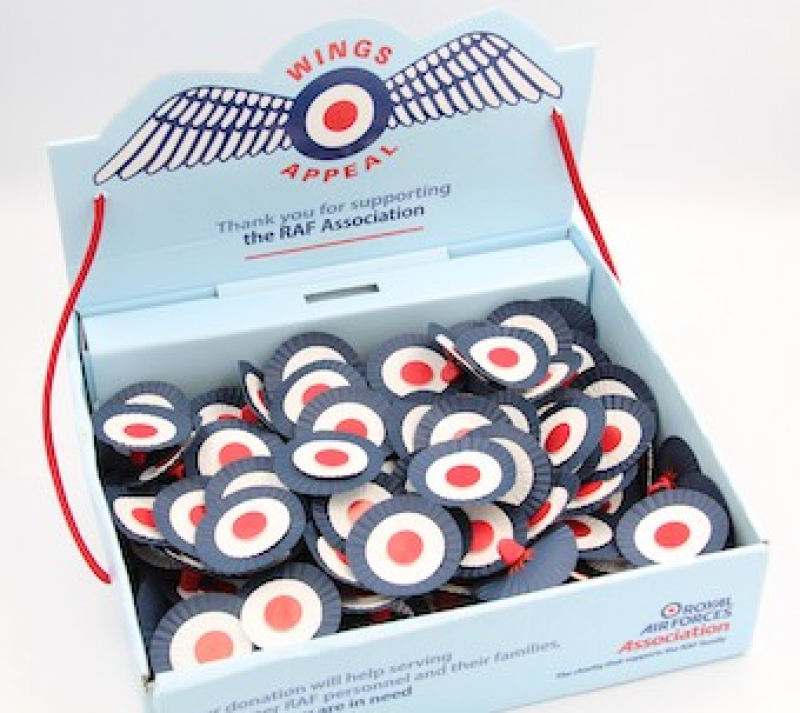 An annual charity appeal that was launched 70 years ago has, for the second year running, been forced to move online because of COVID-19 restrictions.

Members and friends of Stornoway branch of the Royal Air Forces Association would normally be collecting money for the charity’s national Wings Appeal in our area’s streets and supermarkets, with an even bigger push around the anniversary of the Battle of Britain in September.

The ongoing pandemic means the branch, along with others across the country, is turning to technology again to ensure that vital funds continue to be raised.

Members hope their JustGiving page, with its online payment facility, will enable more people than ever to donate, as the traditional collections relied on passersby having cash in their pockets.

Since the Wings Appeal’s launch in 1951, the money raised has been used by the RAF Association to support the wellbeing of RAF veterans, serving personnel and their families.

Nationally, the Association has seen a fall in donations since the start of the pandemic. At the same time, demand for the help it provides has surged.

Jason Spinks, Chairman of the Stornoway branch of the RAF Association, said: “With the RAF Association continuing to work hard to combat increased loneliness, isolation and other problems amplified by COVID-19, it’s vital that we do everything we can to continue our fundraising activities.”

“Our JustGiving page means people can donate safely, and we won’t be constrained by the number of streets or supermarkets our volunteers can visit. We’re appealing to local people to help make this, the appeal’s 70th year, a bumper one.”

Amy Petterson, Head of Community Fundraising at the RAF Association’s headquarters in Leicester, added: “People in the Isle of Lewis have always been generous in putting money into our Wings Appeal buckets. We hope that, while we can’t be out and about in person again this year, people will still support our vital work.”

During 2020, the charity also ran online courses to promote mental wellbeing for around 500 people and delivered emergency provisions to the doorsteps of vulnerable people who did not have local friends or relatives to help them during the lockdowns.

To donate to the Stornoway branch’s Wings Appeal, and enable the charity to help more people during 2021, please visit JustGiving RAFA Stornoway Branch.

The Royal Air Forces Association (or RAF Association) is a membership organisation and registered charity that has been providing welfare support to the RAF family for 90 years.

The Association recognises that “RAF personnel and their immediate families dedicate their lives to their country, and we believe that such a sacrifice should not result in any form of suffering

“Our initiatives provide practical, emotional and financial support to tackle loneliness, isolation, worry and poverty among all generations of RAF personnel and their immediate family members.

“We were a good friend to more than 85,000 members of the RAF family last year. They benefited from our wide range of services including befriending, mental health awareness courses, professional childcare training for spouses, bespoke casework support, and help to secure emergency grants.

“Our refurbishment of RAF contact houses enables serving personnel to spend quality time with their families, and our provision of free Wi-Fi on stations helps personnel to stay in touch with loved ones.

“The RAF Association, through its wholly owned company RAFA Kidz, also provides affordable nursery places for the children of RAF parents, who may be frequently relocated in their jobs and could otherwise struggle to find appropriate childcare.

“More information about the RAF Association’s work to support serving and former RAF personnel can be found at rafa.org.uk

Their membership of more than 70,000 includes serving RAF personnel, veterans and members of the public who want to show their support for the work that we do.