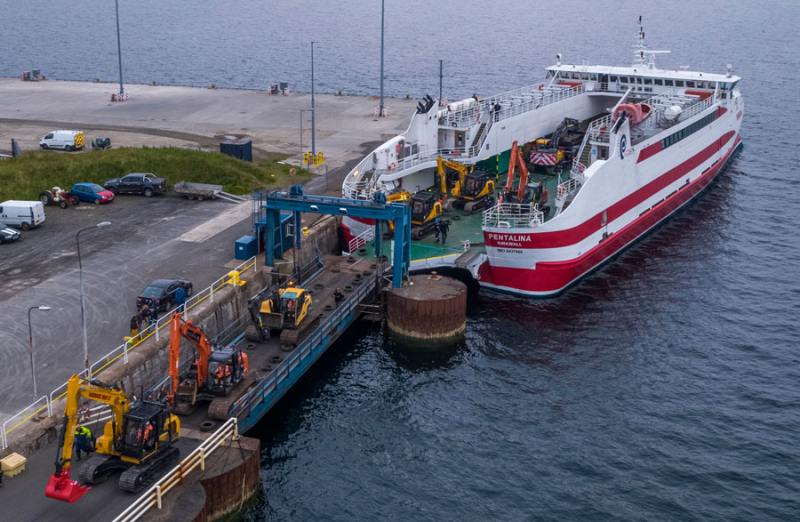 ‘No other ships free’ say CalMac

Replacement vessels to take over freight transport to and from the mainland are not currently available, CalMac has said, in response to suggestions from islanders on suitable contract vessels.

The MV Loch Seaforth is today (Friday 16 April) limping southwards for an extended period of investigation and repair, after leaving Stornoway yesterday and spending the night in Loch Broom.

She is not, as was previously reported, heading for dry dock, but for a repair yard at James Watt dock in Greenock, where she is expected to arrive tomorrow morning (Saturday). 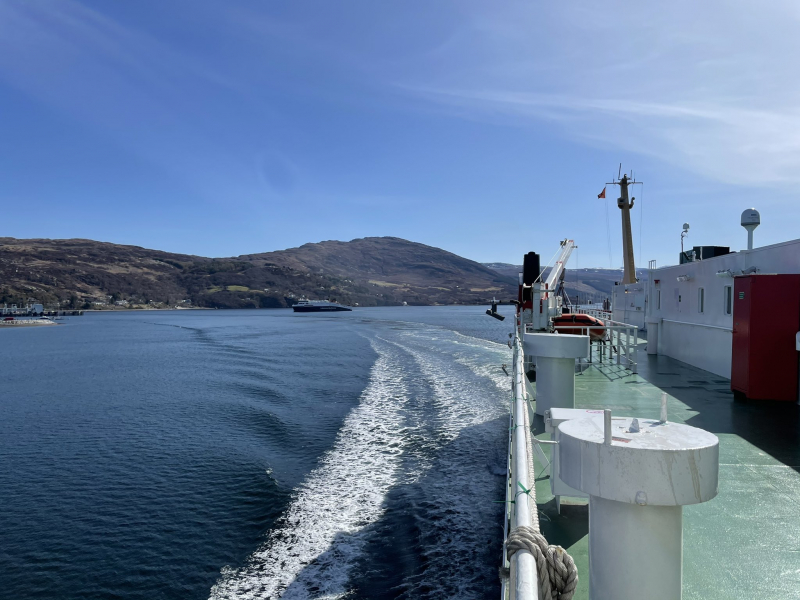 The Dales Marine yard is the largest and nearest facility with immediate availability to take the vessel and is able to work on mechanical engineering and diesel engine overhauls, propulsion maintenance, repair and replacement.

The Loch Seaforth has a major issue with a port engine. Despite unofficial reports that this had first begun to emerge over a week ago, the vessel apparently continued to sail until the eventual breakdown took the vessel out of service completely.

Loch Seaforth’s absence has left CalMac with bad headlines and with significant logistical issues across the network. Barra has once again lost their cross-Minch workhorse as the ageing MV Isle of Lewis takes up the Stornoway Ullapool route.

Freight is currently being carried alongside passenger traffic during her daytime crossings, with shops and businesses having to revise their operating procedures to take account of changed delivery times – and the prospect of the disruption continuing ‘at minimum’ until the end of April, according to a CalMac source.

Politicians have been calling for the contract hire of MV Pentalina, a twin-hulled catamaran-style open-deck ferry operated by Pentland Ferries of Orkney.

The Pentalina was constructed to carry freight and passenger vehicles across the rough waters of the Pentland Firth, but was later replaced on the route by the MV Alfred.

In September last year, Andrew Banks of Pentland Ferries said: “Since the introduction of MV Alfred to the crossing between St Margaret’s Hope and Gills Bay, the MV Pentalina has, for most, remained on standby.

“We are now open to opportunities for any suitable charter work in the UK. The MV Pentalina is fully certified to operate anywhere in Europe and has capacity for 247 passengers and eight articulated lorries. It can also carry dangerous goods.”

However, the CalMac spokesperson said that the Pentalina is not currently available as the owners want to keep it available in Orkney for the next four weeks.

They said: “We’ve been looking into the option of hiring another vessel, but nothing suitable is available. In the meantime, freight is being carried during the day on the Ullapool-Stornoway route.

“All supermarket deliveries are being transported via Tarbert-Uig for the next seven days – other freight is also able to use that route.”

The manager of the Co-op superstore on Macaulay Road, Steven Cooper, said that freight being carried on daytime crossings had meant changes to delivery times of stock and had created ‘some challenges’.

He said: “We are now having to restock our shelves in the afternoon, which also tends to be the time when the store is busier with customers.

“There have been no significant shortages, the goods are still getting to us, but we just have to get on with things the way they are for the next few weeks and hope that customers will understand the circumstances we are working in.”

The Loch Seaforth was commissioned for the Stornoway Ullapool route as a sole ferry despite near-unanimous agreement locally that two vessels were needed to ensure resilience for both passengers and freight.

Pictures show the MV Pentalina moving heavy equipment for an industrial charter to SSE (Pentland Ferries) and MV Loch Seaforth in Loch Broom yesterday, as seen from the MV Isle of Lewis (Lewis Mackenzie on Twitter).