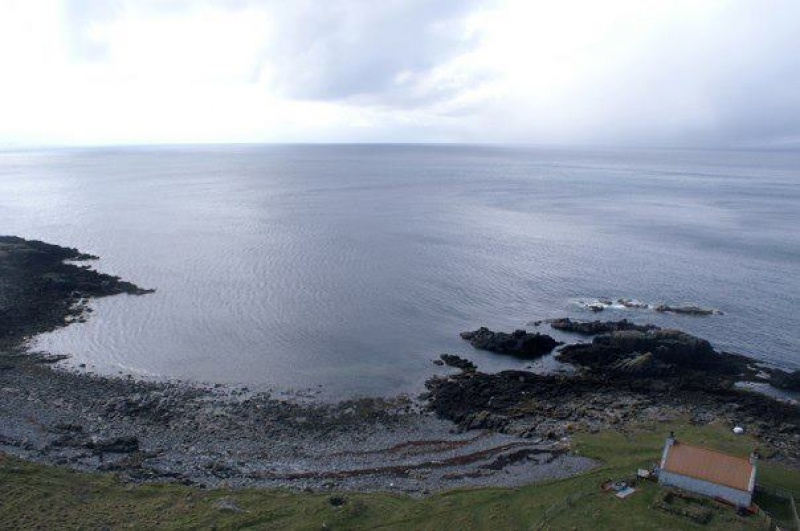 A plan to build two new bothies to shelter overnight visitors to the Shiant Islands will be a continuation of centuries of human presence, according to the owner of the islands.

The new, environmentally-sensitive sleeping pods will also contribute to continuing appreciation of the islands’ unique wildlife, landscape and history, without detracting from the uninhabited isles and their sense of wilderness and escape.

Tom Nicolson inherited the Shiant Isles from his father, the author Adam Nicolson, when he was 20 years old. The family has always maintained an open access policy to the islands, with a calendar of bookings for use of the 150-year-old bothy which already sits on House Island.

Tom said today (Monday 12 April): “It’s a very basic, open booking system and a lot of bookings do get cancelled when people realise the logistics of getting here. 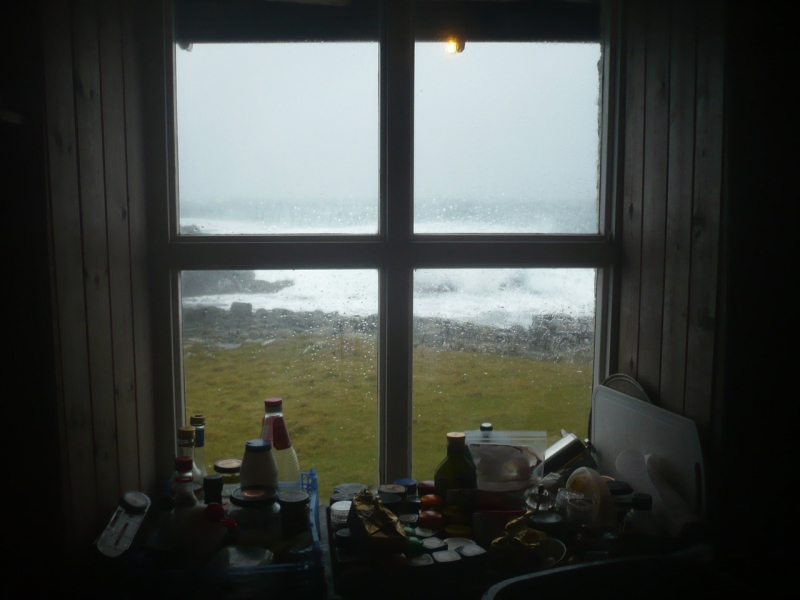 “We are not interested in commercialising the Shiants, or turning it into some kind of Airb&b island. We’re looking at very basic shelter and refuge from the elements, in the traditional style of bothies all over Scotland.”

The idea for new sleeping quarters followed the successful seabird recovery project, led by the Nicolson family with RSPB Scotland and Scottish Natural Heritage, which saw the successful elimination of rats from the islands in a four-year project which ended in 2018.

Camping outside, volunteers and researchers participating in that project endured everything the weather threw at them, with the most basic shelter and facilities.

Tom said “The existing bothy on House Island is the only remaining structure on the Shiants, and is a lifesaver. It has a basic kitchen, an open fire and bunk beds.

“During the seabird recovery project they flew in a couple of big green container units for storage, but they also had bunks in them, with mattresses and sleeping bags, to allow people to sleep inside in rough conditions.

“These became enormously popular and we had a conversation when the project ended about whether we wanted to keep them there, but were reluctant because they were a bit of an eyesore and we could imagine them decaying away in 10 years time.

“We wanted to look at a more sustainable way of having a place to sleep next to the existing bothy and of altering the internal layout of the old bothy so that it could be used as a larger, open space for eating and resting out of the weather.”

Tom made contact with the social enterprise Bothy Stores, a social enterprise founded by artist Bobby Niven and architect Iain MacLeod. The Edinburgh-based company had developed a multipurpose self-contained cabin that can be located anywhere.

Tom said: “Part of my research was to have a conversation with Geoff Allan, author of the Scottish Bothy Bible. These structures are indigenous to remote locations all over Scotland and were designed as a refuge, exactly what I had in mind.”

Iain MacLeod has drawn up a design plan for two bothies containing sleeping accommodation, which can be constructed from low-impact sustainable materials off-site and then shipped to the Shiants. 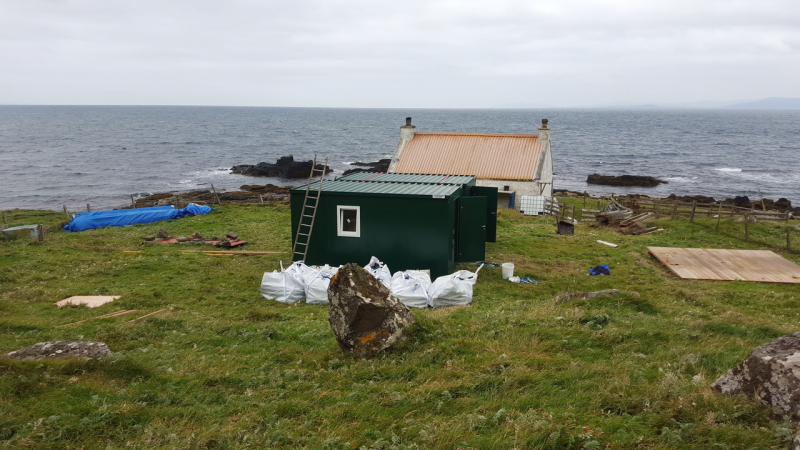 Planning permission is due to be sought from Comhairle nan Eilean Siar over the next few weeks, although Tom notes that, as the Shiants have previously been inhabited, there’s a precedent for dwellings on the islands.

He said: “I found it quite extraordinary and rather wonderful that there can be a precedent for habitations which stretches back 200 years. We plan to group the buildings together so that the new bothies are for sleeping and the old bothy for eating, socialising and relaxing.”

A Crowdfunder is to be launched on 1 May and will be live for just three weeks, seeking to raise £100,000 for the full project in pledges by 22 May. You can find out more about it at https://www.shiantisles.net/bothyproject

Pledges will be rewarded with returns which range from a week’s stay on the island to a fluffy puffin, designed to remind pledgers of the islands’ 152,000-strong seabird population.

Tom said: “It’s an all-or-nothing bid, we either get all the money, or we don’t go ahead. I think it would be quite fantastic to keep the islands open for visitors, but it’s also a referendum – if the appeal isn’t there for people and they don’t pledge, then we won’t get the funding and we’ll just keep it as it is.”

Whatever the result, the Shiants are now rat-free, the seabird population will continue to recover and the low-impact use of the isles in the middle of the Minch will continue.

Tom said: “While the seabird recovery project has been going on, it’s been extraordinary to get into the micro-economy of the Shiants.

“The wool from the sheep pastured there is being taken back to Scalpay and some of it is being made into Harris Tweed. The fishermen who come to the waters around the islands are also from Scalpay. The whole process has been unbelievably rewarding.”

Pictures show the view from inside the bothy during a storm, temporary units used for sleeping and storage during the seabird project and the location of the existing bothy (Tom Nicolson) and a montage illustrating how the new bothies would be sited (Iain MacLeod).