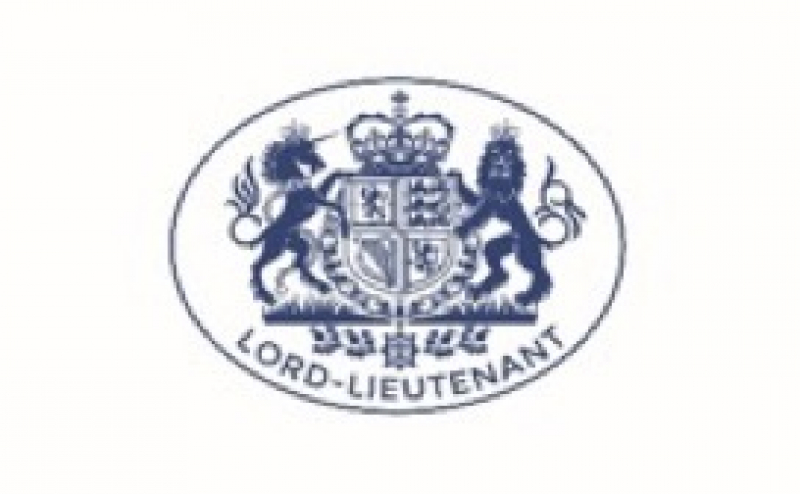 A tribute on behalf of the Lieutenancy on the occasion of the passing of HRH Prince Philip, Duke of Edinburgh.

It was with profound sadness that we learned of the passing of HRH Prince Philip, Duke of Edinburgh in the morning of Friday 9 April, just two months short of his 100th birthday.

On behalf of the Western Isles Lieutenancy, we extend to Her Majesty The Queen and to the entire Royal Family, our deepest condolences in their grievous loss of a beloved husband, father, grandfather and great grandfather.

An early career in the Royal Navy, which included war time service, was curtailed on Her Majesty’s accession to the Throne in February 1952 when Prince Philip took on the role as Queen’s Consort – a position to which he gave loyal and enduring service to become the longest serving Consort in British history.  His active involvement in supporting the Armed Services as well as encouraging conservation and environmental activities continued along with Royal duties until the age of 96.

His outstanding contribution in supporting Her Majesty The Queen, the Country and the Commonwealth for over seven decades is marked through his many achievements, including the highly successful Duke of Edinburgh’s Award. His interests in promoting the wellbeing and development of young people and the benefits to those who participated in the Award will be just one of his abiding legacies.

Prince Philip accompanied Her Majesty The Queen to the Western Isles on three official visits in 1956, 1979 and more recently in 2002, to mark The Queen’s Golden Jubilee as well as numerous other occasions sailing round the Western Isles on family summer holidays on HMY Britannia.  These visits were an obvious source of fond memories and enjoyable days for the Royal Family which were always recalled for the peace, solitude, beauty and privacy of our Hebridean landscape.

We join the nation in expressing our gratitude for a life of outstanding selfless service of dedication and devotion to Queen and Country.

Online Book of Condolence available on www.royal.uk as well as details of contributions to charities in lieu of floral tributes. https://www.royal.uk/donations

It is with deepest sadness that the Comhairle notes the passing of HRH Prince Philip, the Duke of Edinburgh.  He passed away on Friday 9 April at the age of 99.

Comhairle Convenor, Cllr Norman A Macdonald, said: “Our thoughts and prayers are with the Royal Family at this sad time.  Prince Philip had a successful Navy career, during which he saw active service during the Second World War.  He then worked to support the Queen following her Accession in 1952.  In 2009, he became the longest serving British Consort.

Flags are flying at half-mast at Comhairle offices.

Chief Constable Iain Livingstone QPM has issued the following statement after Buckingham Palace officially announced the death of HRH The Duke of Edinburgh.

He said: "It is with great sadness that we have today learned of the death of HRH The Duke of Edinburgh.

"His Royal Highness spent many days in Scotland, particularly at Balmoral, and met many people at functions in Aberdeenshire and across Scotland.

"Whether at the side of Her Majesty The Queen or making his own visits to organisations, his interest in and support of those who serve Scotland and our communities was clear to everyone.

"We will be taking time to pay our respects over the coming days.”

From the Scottish Government:

First Minister Nicola Sturgeon has sent a message of condolence to Her Majesty The Queen following the announcement.

Flags are flying at half-mast on Scottish Government buildings.

The First Minister said: “On behalf of the people of Scotland, I would like to express my deepest sympathy to Her Majesty The Queen and the rest of the Royal Family.

“Our thoughts are with them at this difficult time and their grief is shared by people across the country.

“The Duke of Edinburgh had deep and longstanding ties to Scotland, attending school here at Gordonstoun and regularly holidaying at Balmoral Castle.

“From his patronage of The Duke of Edinburgh’s Award Scheme, to his close association with the University of Edinburgh as Chancellor for over fifty years and his commitments to countless charities and organisations, Prince Philip’s long contribution to public life in Scotland will leave a profound mark on its people.

“Online Books of Condolence will open in the coming days to allow people to pay their respects. In line with current restrictions, the Royal Household has requested that members of the public do not leave floral tributes or gather at the Palace of Holyroodhouse or Balmoral Castle at this time. The Palace has suggested that people could donate to charity instead, if they wish to do so.”