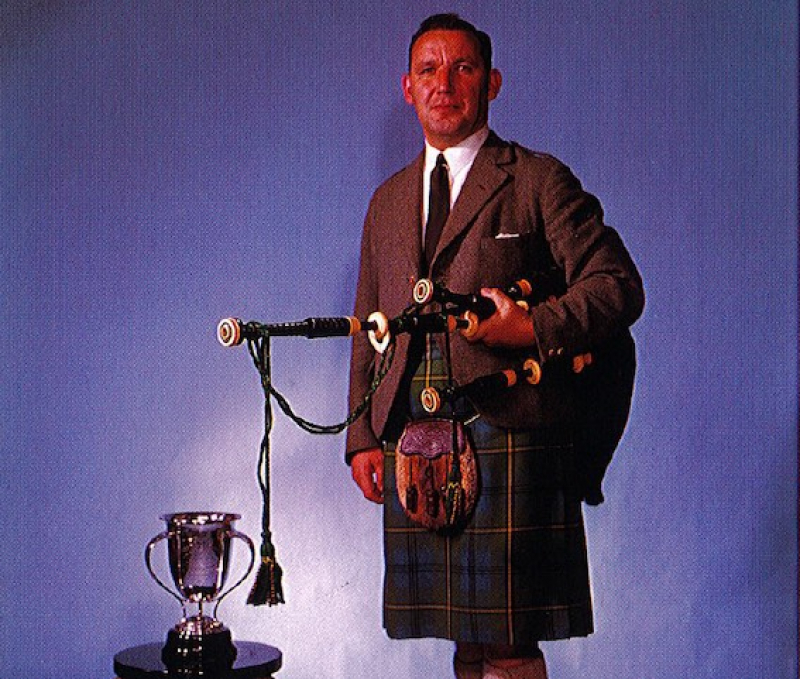 The National Piping Centre will premiere a night of musical entertainment to celebrate the life and works of legendary piper Duncan Johnstone whose mother was from Benbecula and his father from Barra.

Taking place this Saturday, 10th April, the online concert will showcase Duncan’s music with performances from some of the most well-recognised pipers and musicians on the Scottish music scene.

As an extraordinary piper, teacher and composer, Duncan not only taught many of the top pipers of today, but his work also continues to capture the attention of many other musicians across the traditional music scene. This can be seen in the incredible line-up of performers, including Roddy MacLeod MBE, one of Duncan’s most well-known pupils, and John Dew, the last overall winner of the Duncan Johnstone Memorial Piping Competition in 2019.

The National Piping Centre’s Director of Piping Finlay MacDonald, who was also a pupil of Johnstone, has put together a band with award-winning fiddler Marie Fielding, founding member of Capercaillie and Director of Celtic Connections Donald Shaw and guitarist Steve Byrnes (Kate Rusby Band/Treacherous Orchestra). This top line-up will play an array of Duncan Johnstone’s best-loved tunes throughout the night, showcasing why his music continues to inspire future generations.

Dougie Pincock, former piper with the Battlefield Band and Director of The National Centre of Excellence in Traditional Music, will also perform from his home in Plockton, as well as discussing his years of tutelage with the great man himself.

Alongside the evening showcasing some fantastic music, viewers will also enjoy interviews with students of Duncan and fans of his music worldwide.

Finlay MacDonald, said: “We wanted to make sure that we continue to honour and celebrate Duncan’s contribution to the piping world. This event showcases the depth and breadth of his music, but also gives us an opportunity to hear more about the man himself through those who had a personal connection to him and have been influenced by his work.”

This event will premiere online at 7pm on Saturday 10th April, then will be available to watch back for one week, until Saturday 17th April 2021. Tickets can be bought here: https://www.thepipingcentre.co.uk/play/livestream/watch-now

Bagpipe News explains how Duncan Johnstone (1925-1999) was born in Glasgow of island parents. His mother was from Benbecula and his father from Barra. He was nine years of age when he was encouraged by his father — also a piper — to go with a friend for lessons from Glasgow policeman, Angus Campbell. Campbell was from Ballachulish and had been taught by John MacColl and Willie Lawrie. Campbell was very strict on technique and Duncan won his first chanter competition in 1938. He joined the St Francis Boys Guild Band and on leaving school he began an apprenticeship as a cabinetmaker. When he was old enough, he joined the Royal Navy spending a large part of the last year of the war minesweeping in the eastern Mediterranean.

At the end of hostilities Duncan returned to Glasgow where he completed his apprenticeship and resumed lessons with Angus Campbell. He was later passed on to ‘wee’ Donald MacLean and Roddy MacDonald, both of whom were living in Glasgow.

Through these teachers and regular visits to his father’s home island, Duncan began to absorb the west coast musical influences he was to become famous for. He visited many old pipers on the island in the company of his uncle, Father John MacMillan of Barra, and picked up and memorised hundreds of old tunes and old styles of tunes. Later, many of these would form the backbone of his three collections of light music.