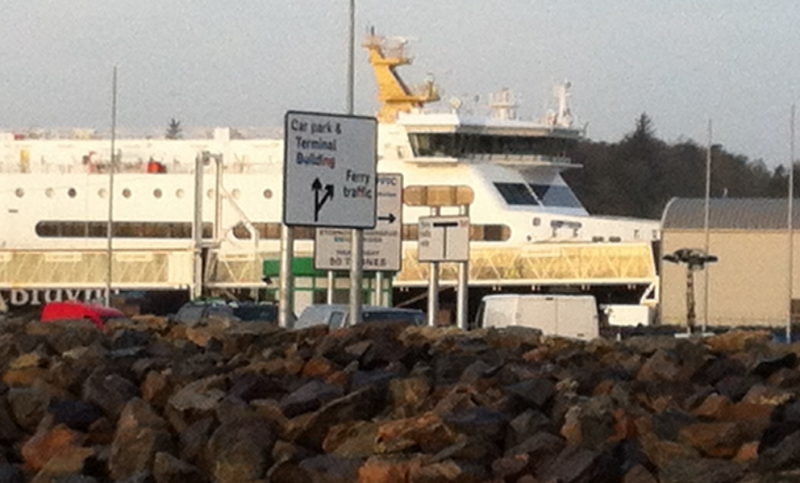 Seasonal customer service posts described as ‘a modest move’ to spread jobs around CalMac’s operating area will not be renewed this summer, the ferry company confirmed today (Friday 19 March).

But reports that CalMac are closing down their Stornoway call centre are incorrect, according to the company’s managing director, Robbie Drummond.

CalMac have hit back after a public statement from Comhairle na Eilean Siar yesterday (Thursday) lamenting the loss of jobs from the community.

In the statement, a Comhairle spokesperson said they were: “deeply disappointed at the news that CalMac Ferries Limited have discontinued four call centre roles established in Stornoway, leaving the affected staff out of work in these most difficult times.”

Cllr Uisdean Robertson, chair of the transportation committee, said: “It is always sad to hear of jobs lost in our islands but it is particularly difficult to accept when we were led to believe that CalMac had recognised the responsibility they have to do much better in terms of locating staff in island areas and ensuring our culture and the Gaelic language is included in the touch points customers have with their organisation.”

But CalMac insists that no jobs have been lost in Stornoway, although seasonal recruitment for extra posts will not take place, with some of the jobs usually created in both Gourock and Stornoway, to support the peak visitor season, remaining unadvertised.

The Comhairle’s position has been robustly corrected by Robbie Drummond. He said: "These were temporary jobs which naturally came to an end. All permanent contact centre posts in Stornoway have been retained and our Gaelic speaking-staff remain in post, providing excellent service to all of our customers.

"CalMac is one of the biggest employers in the Western Isles and we are proud to support and serve local communities."

The ferry company’s rebuttal appears to reinforce its promise from last January, confirming that the call centre had become a permanent fixture in the town after a pilot period.

Among those employed there are people who are able to respond to customer enquiries in Gaelic and who are working on making CalMac’s social media channels bilingual.

In January 2020 Mr Drummond said: “Given the prevalence of the Gaelic language in the Western Isles it was a natural step to make this the centre of our new bilingual customer service offering. This is something we have been keen to introduce for some time and this new centre now gives us the capacity to support this.”

There are currently no seasonal vacancies being advertised by CalMac. Applications for the 2021 modern apprenticeship scheme have just closed.