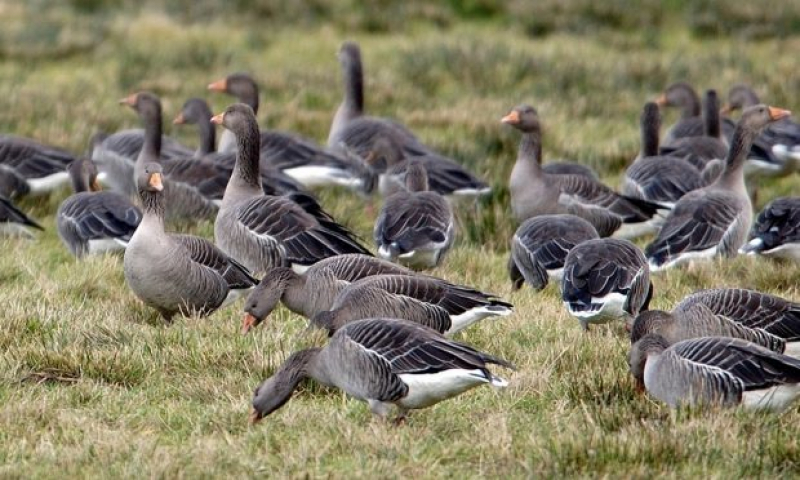 Volunteer teams across Lewis and Harris will be active throughout March and April, after the Scottish Government approved the continuation of the pilot scheme despite Covid regulations.

The target is to reduce the population to between 1,250 and 1,550 birds, although Nature Scotland, who licence and manage the scheme, are realistic about activity and outcomes in a second unusually restricted year.

Nature Scotland’s Stornoway officer Roddy MacMinn said: “Geese in Lewis and Harris are largely residential, unlike the migratory populations which tend to come down from Iceland to Orkney and Caithness.

“The numbers of our geese have increased over the last few decades, for a number of reasons including milder winters, better food sources on improved grassland and less active shooting and crofting activity.”

In response, Nature Scotland licenses a shooting season each year where 11 team leaders work across Lewis and Harris, with a number of volunteers in each of their teams.

Each team is set a ‘bag limit’ and can then work through the season, with Carloway Estate Trust managing the permissions and notifications needed to landowners, grazings committees and crofters.

Hunters are encouraged to distribute or sell the meat on for human consumption, with a lot of the produce given away within the communities where the birds are shot.

Roddy said: “We would like to encourage more people to take up the idea of using the meat as a meal or for food production.

“To facilitate that, we have put a number of hunters through food hygiene training so that the meat is presented in a manner safe for putting on tables and we have secured a general license covering the islands and allowing everyone to sell or give away goose meat.”

Volunteer hunters are also encouraged to come forward and participate in the cull, with all volunteers issued with a card certifying that they are entitled to shoot as part of the project.

They are also supplied with ammunition to help keep their costs down, but must have their own gun, firearms certificate, insurance and means of reaching permissioned shooting areas. Local police are also aware that the shooting is taking place.

To find out more about how to participate, contact Roddy MacMinn at Nature Scot Stornoway on 01463 701630 or scheme co-ordinator Sally Reynolds at Carloway Estate Trust on 01851 643481 or by email at This email address is being protected from spambots. You need JavaScript enabled to view it.